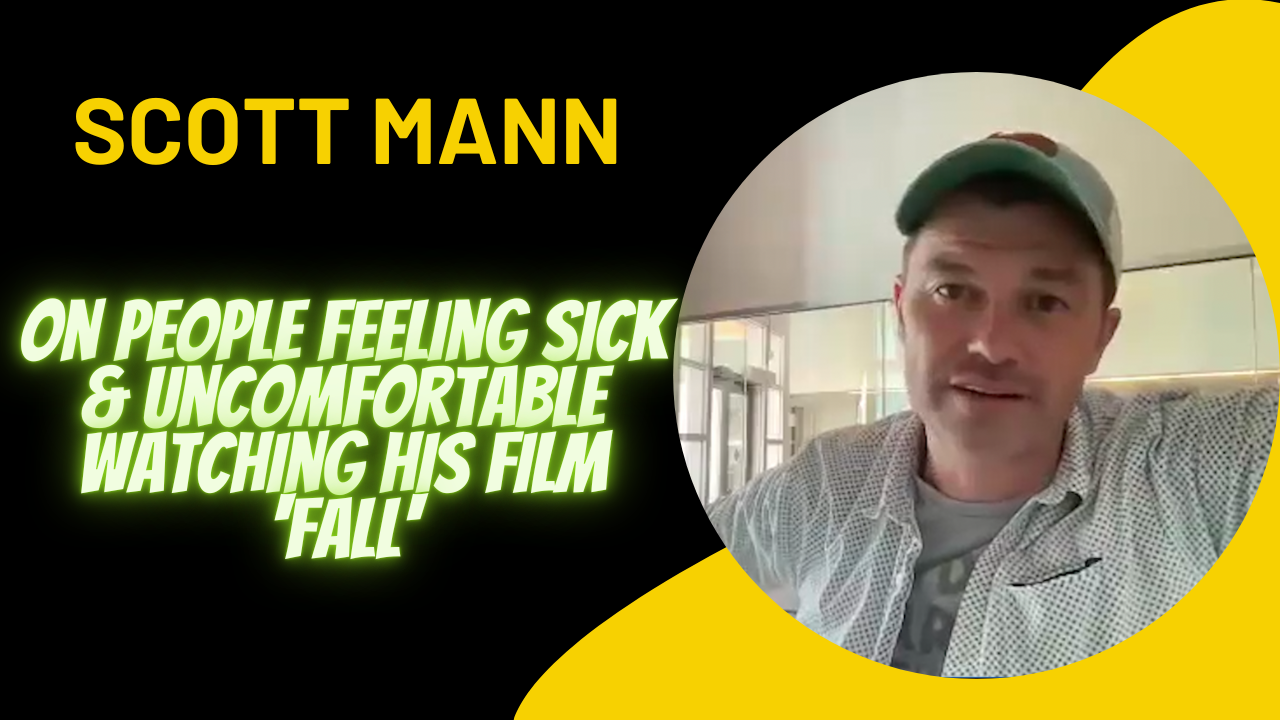 Scott Mann is my guy. A very talented director that is surely soon to be a household name. His latest film is the pulse-pounding (literally) thriller Fall. You probably have seen the trailers and posters and wouldn’t blame you if they even made you feel queasy.

I had a chance to reconnect with Scott again. We spoke about our past interaction. Scott went in-depth about Fall. He spoke about the technology used to eliminate swear words from the film. Check out this fun interview with a filmmaker you should know about.

It was so cool to catch up with Scott Mann again. I’ll never forget how he met me in LA, sat down for a coffee and spoke to me for over an hour. Class act, great guy. Always be a big fan of his. Just a genuine down-to-earth guy, easy to root for.

If you haven’t seen Fall yet, you’re in for a ride. It’s nerve-wrecking and surely to make you feel queasy. It’s as close to an actual roller-coaster ride you can have while watching a movie. For someone scared of heights as I am, this was a difficult watch at times. Although it’s such a good thriller, you can’t get your eyes away from it.

Scott spoke about the difficulty of this shoot. It was in desert area in California and the conditions were not usually favorable as you could imagine. The leads Virginia Gardner and Grace Caroline Currey did a great job, especially considering the physical demands asked of them.

I asked him about the technology used to remove the F-bombs and make this a PG-13 film instead of the original R rating. It was very seamless and you couldn’t tell watching it. Scott agreed. If that’s what it took to get this film into theaters, then good call. Scott did seem pretty confident we will get a Rated R release of it at some point, hopefully for the digital and blu-ray releases.

FALL is out in Theaters as of August 12

Next post Stars of FALL on the harsh conditions they faced filming and where was Shazam in all of this?!