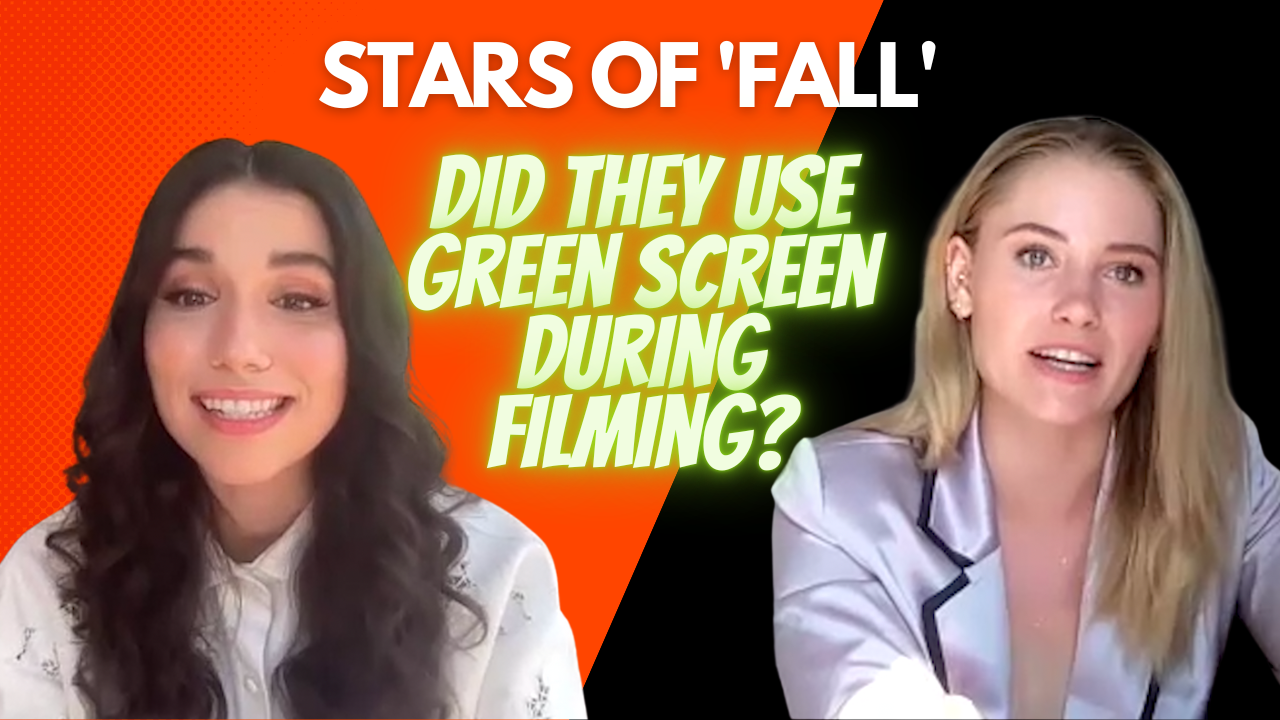 I love seeing new stars emerging. That’s what emerged from Scott Mann’s death-defying action-thriller Fall. The stars of the film Grace Caroline Currey and Virginia Gardner knocked it out of the park and are two actors you should be paying attention to.

I spoke to the stars of Fall, Grace and Virginia (aka Ginny) about working on the film. What physical and mental boundaries they had to push through while making the film. The rough weather conditions that faced them. Plus, find out what bonded them together.

These girls were super cool. Not only are they both gorgeous, but they are fantastic actresses and most importantly very pleasant and fun individuals. I remembered Grace from the Shazam! movie. Virginia was less familiar to me prior to this film. To say they hit a home-run would even be an understatement after talking to them and director Scott Mann, on what they endured during shooting.

The weather conditions in the desert they filmed in were brutal, but so were the physical and mental demands these roles required. They had stunt actors, but many things they ended up doing themselves. Plus, the big takeaway, no use of green screen. I was certain it would been used on a film like this.

It was apparent how good their chemistry and bond with each other is. They seemed genuinely happy to have worked together and it all might have started with their mutual love for mac and cheese. That isn’t the first time I heard mac and cheese uniting people, it has a powerful effect.

I thought the movie was tremendous and my heart was pumping throughout. The girls carried the film and did great work. I even joked with them all they went through, they might as well been filming Survivor. These ladies really were the stars of Fall.

FALL is out now in Theaters nationwide

Next post (Review) FALL: The Queasiest Watch of the Year