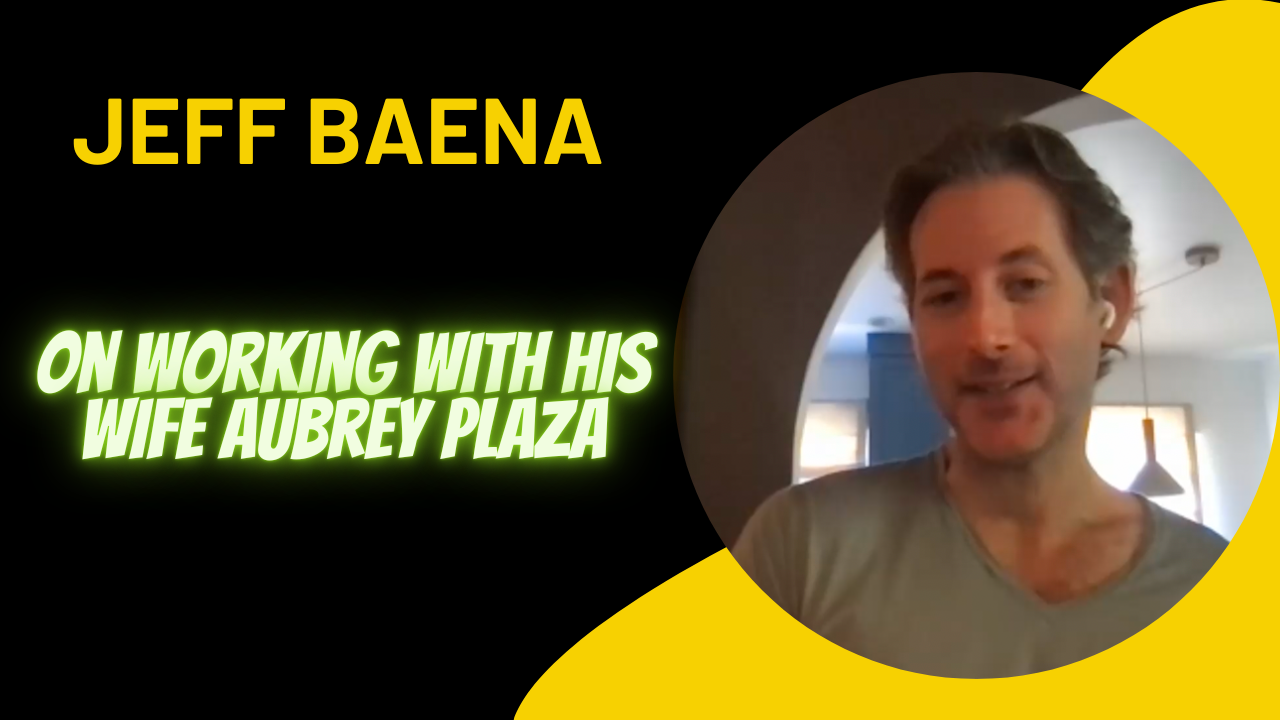 Jeff Baena comes off as an under-the-radar kinda guy and filmmaker, but if you been paying attention to the independent movie scene and especially in the comedy realm, Beana is a superstar filmmaker. Known for acclaimed hits such as The Little Hours, Joshy and Life After Beth. Baena’s latest film is the wacky hilarious comedy Spin Me Round.

I spoke to Jeff Baena about Spin Me Round. His affinity for Italy. His movie inspirations growing up. Getting to work with his wife Aubrey Plaza and much more.

Jeff seems like a cool chill guy. He has a dry sense of humor that I appreciate. He was subtly giving me shit for my Mandy Rose cutout in the background, it’s not the first time I’ve heard it. As long as it’s getting attention and notice I’m good with it.

There is no denying that Jeff has a quirky, eccentric and creative mind. His films are often offbeat and eccentric also. He’s a unique filmmaker with a unique style. I’ve been a fan of his films for a while. I find them all to have really interesting characters and everyone of them has a purpose in the story. His films are hilarious.

I asked him about the long break in filmmaking he had between 2004-2014. He explained he had a writing job and wrote scripts for studios and their affiliates. He’s very much an indie bred filmmaker and that seems to be where his passion lies. In making spirited independent films to his liking. He’s been able to do that, and do it successfully.

For those that aren’t familiar with his work, he often casts the same people in all this movies. He has a particular circle of actors he works with. Many are household names, such as Alison Brie (a lead in many of his films) along with his wife Aubrey Plaza. Also many notable SNL alums from Molly Shannon to Fred Armisen.

I learned that Jeff’s a true cinefile. His early movie inspirations and filmmakers he mentioned were names a casual movie fan likely wouldn’t know. He has been heavily influenced by international cinema, in particular European one.

Spin Me Round is laugh-out-loud funny. Very entertaining with tremendous ensemble cast (that’s what Jeff Baena is known for) that’s supremely committed to their characters. It’s a fun watch.

SPIN ME ROUND in Theaters, VOD and streaming on AMC+ on August 19

Previous post (Review) FALL: The Queasiest Watch of the Year