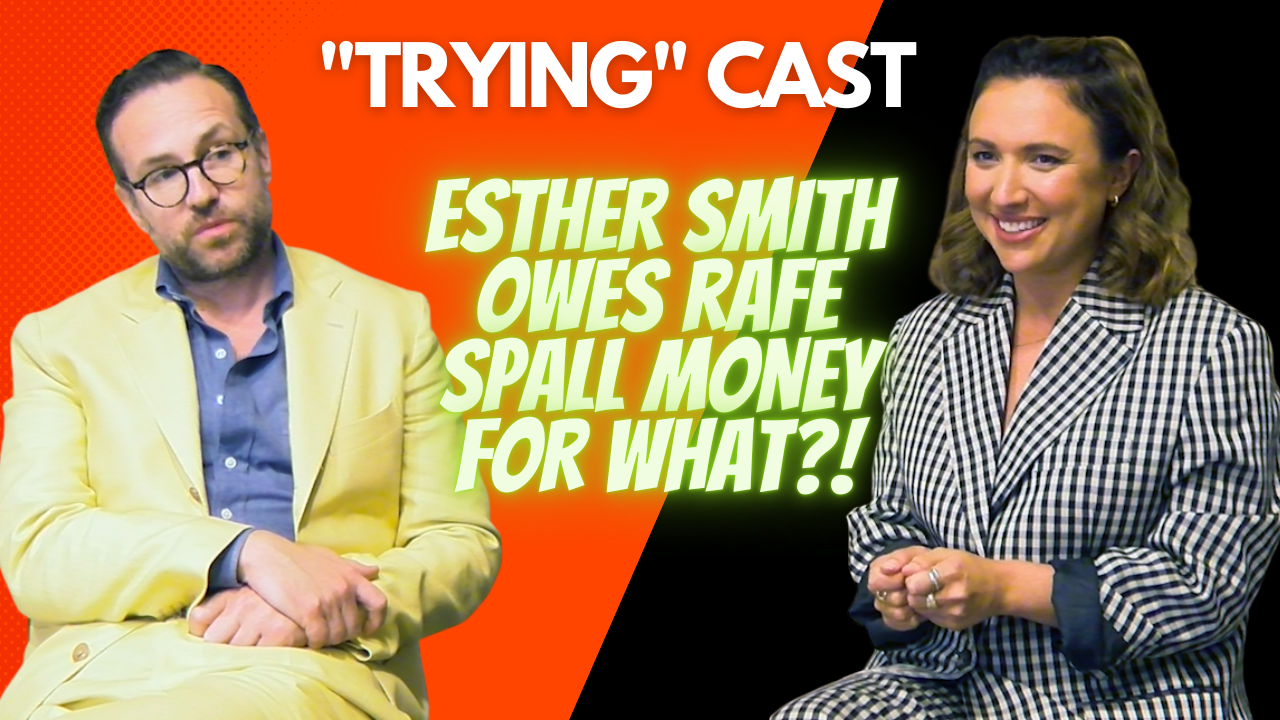 Apple TV+ series Trying might be one of the most underrated shows out now. The British comedy is currently in its third season on Apple TV+. The stars of the show Rafe Spall and Esther Smith play a couple that desperately are trying for a child.

I spoke to Rafe and Esther as they swung by Chicago to discuss the show. Find out how they first met, what about the show resonates to them the most, plus find out why Rafe feels Esther owes him money?

These two were awesome. Just as fun in person and they are on the show. Very engaging and present. Rafe is a ball buster and has a great sarcastic sense of humor. Their chemistry in person was as good as on the show also. They play off each other extremely well.

I met them at the Peninsula hotel, so they were in the heart of Chicago. They seemed very excited being in the city and exploring the best of Chicago. Deep dish was on the agenda for them. They did like the Philly Cheesesteak in Philadelphia.

How about their style ehh? Look at Rafe in that bright yellow suit. Looked sharp and bold. It promoted me to ask him at the end about his chances at the Bond role, he’s got the suave thing going. I think that’s a legitimate choice, even if I brought it up in a joking manner.

I loved the story they shared about their first meeting and Rafe taking the initiative of getting them time together to prepare and rehearse for the chemistry read. Certainly it ended up working out fantastically. They are perfect for this show and their roles.

If you haven’t seen Trying, check it out! I hope word gets out and audiences see it, especially American ones that might not be fully aware of this show.

Next post FIVE DAYS AT MEMORIAL Actor Cornelius Smith Jr. on learning to play a doctor