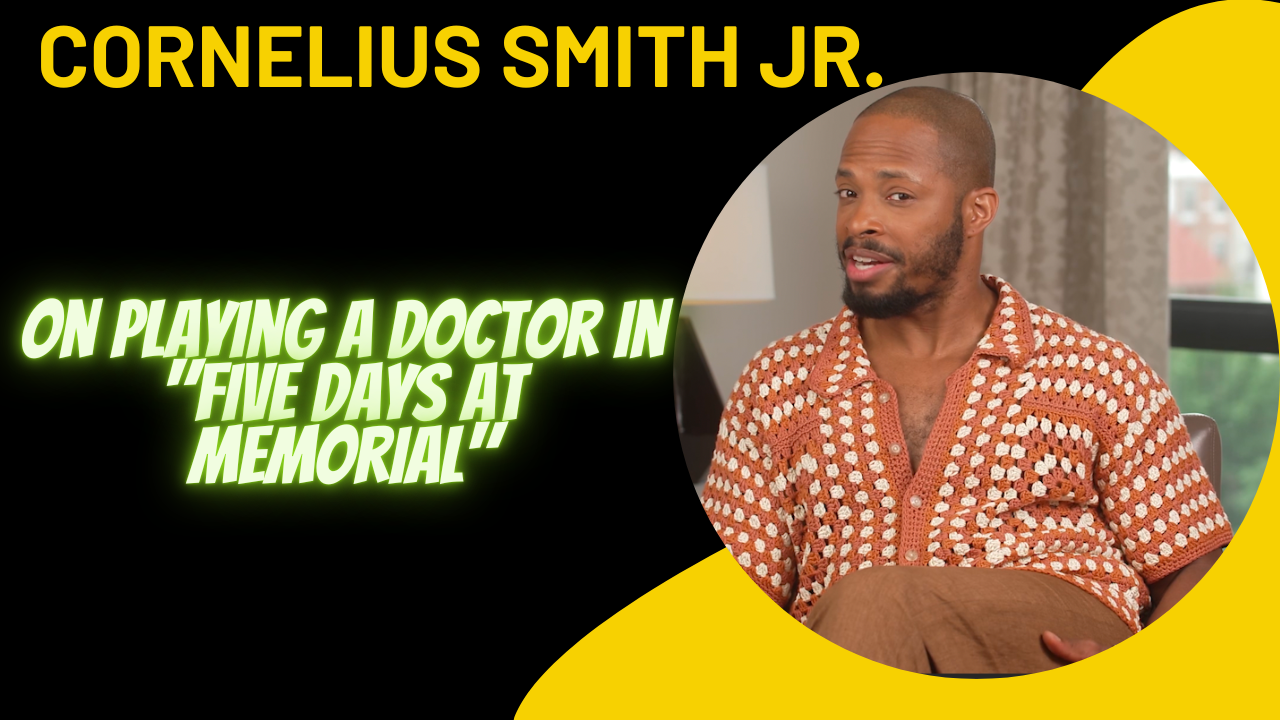 Apple TV+ limited series Five Days at Memorial depicts the true story of what happened at a New Orleans hospital in the aftermath of Hurricane Katrina. Cornelius Smith Jr. plays Dr. Bryant King on the show.

I spoke to Cornelius about his role on the show. He spoke about playing a doctor and having to learn the proper lingo and handling of medical equipment. The Detroit native Smith also spoke about what struck him about the story of this hospital.

Cornelius was very chill and cool. Very well spoken guy with a fun and professional demeanor. He did a very good job on the show. Now, there have been plenty of actors who played doctors on TV, but it still isn’t easy as I imagine you’d have a sense of responsibility to do it right and especially right by the real medical professionals.

I was impressed with the cool set-up he had, but apparently he was in D.C. working on a play. I think a mark of a true actor is the ability to do both stage and in front of camera work. Cornelius had a long run on Scandal playing Marcus Walker.

Five Days at Memorial is a very compelling watch. The real life aspec adds another element of intensity to it. It’s truly an ensemble cast.

FIVE DAYS AT MEMORIAL debuts on August 12 on Apple TV+