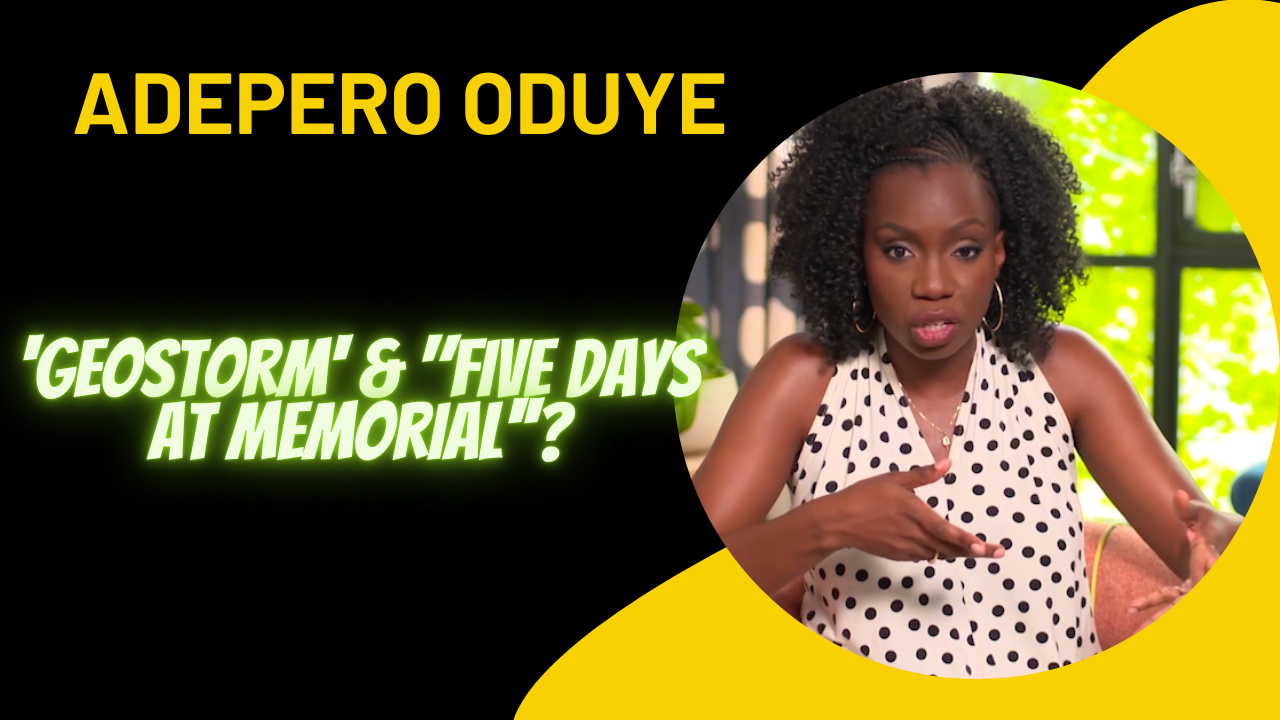 Adepero Oduye has seemingly done it all and has one heck of a resume to show for it. She’s appeared in acclaimed films such as The Big Short and 12 Years a Slave. Marvel fans will recognize her for playing Sarah Wilson on The Falcon and the Winter Soldier. Adepero can currently be seen in Apple TV+ mini series Five Days at Memorial.

I spoke to Adepero about working on Five Days at Memorial. How important it was for her to depict medical first responders properly. The bond the cast formed. Plus, did Geostorm get her ready for another natural disaster project?

Adepero was nice and easy to talk to. I got her to laugh by asking her about being in Geostorm and now going onto another natural disaster project. Apparently she didn’t even make a connection on that till I brought it up.

I loved seeing Adepero light up when I asked her about the cast and atmosphere on set. She seemed super proud of being part of this show and working with the cast. It was a genuine reaction. Robert Pine said it was the best work environment and best experience he’s ever had!

Adepero made it clear how important it was for her to portray the medical professionals in a best and most authentic light possible. I feel this cast accomplished that.

FIVE DAYS AT MEMORIAL DEBUTS ON AUGUST 12 ON APPLE TV+