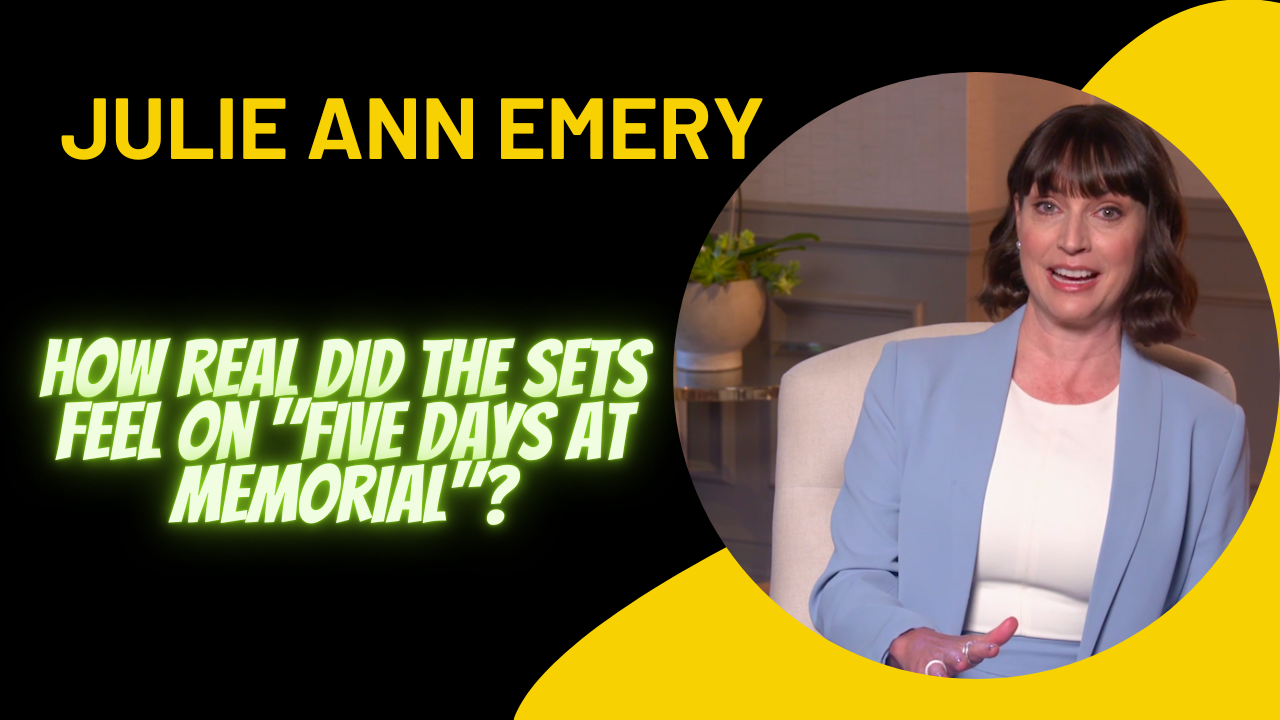 Julie Ann Emery is certainly an actress that in my view doesn’t get enough attention. She’s appeared in numerous films and popular series such as Better Call Saul, Preacher and Fargo. She also played George Clooney’s wife in Catch-22.

Julie Ann Emery is currently starring in the Apple TV+ limited series Five Days at Memorial. I spoke to Julie about her role in the show. She spoke about the bond they formed on set with the cast. How the cast reacted to the sets they worked on. Plus, we play a game of unusual facts.

Julie was very cool and nice. I met her in person previously at the red carpet for Catch-22. I remembered her being very nice and easy to talk to. She plays Diane Robichaux on Five Days at Memorial. Julie spoke passionately about nurses and how much she respects them and how they don’t get enough credit for all the work they do. She shared a story how nurses were the ones to carry and transporting the patients in the Katrina disaster.

She also spoke highly of her co-stars and the bond they shared. Even referencing a story about her and Cherry Jones. This cast really seems to love each other. Haven’t heard this unanimous praise from so many cast members like this before.

Julie credited the production designer Matthew Davies for the incredible work he did on the sets to make them feel real. She even mentioned crew coming in thinking it smells, but only it being in their imagination due to the visceral reaction to the set.

The show is excellent and this is a true ensemble cast. It’s a startling depiction of the horrors post Katrina that this specific hospital faced. Apple TV+ has been producing some outstanding must-see shows, this is one of those shows.

Next post Nicole Beharie can be a pastor or bank teller..right?