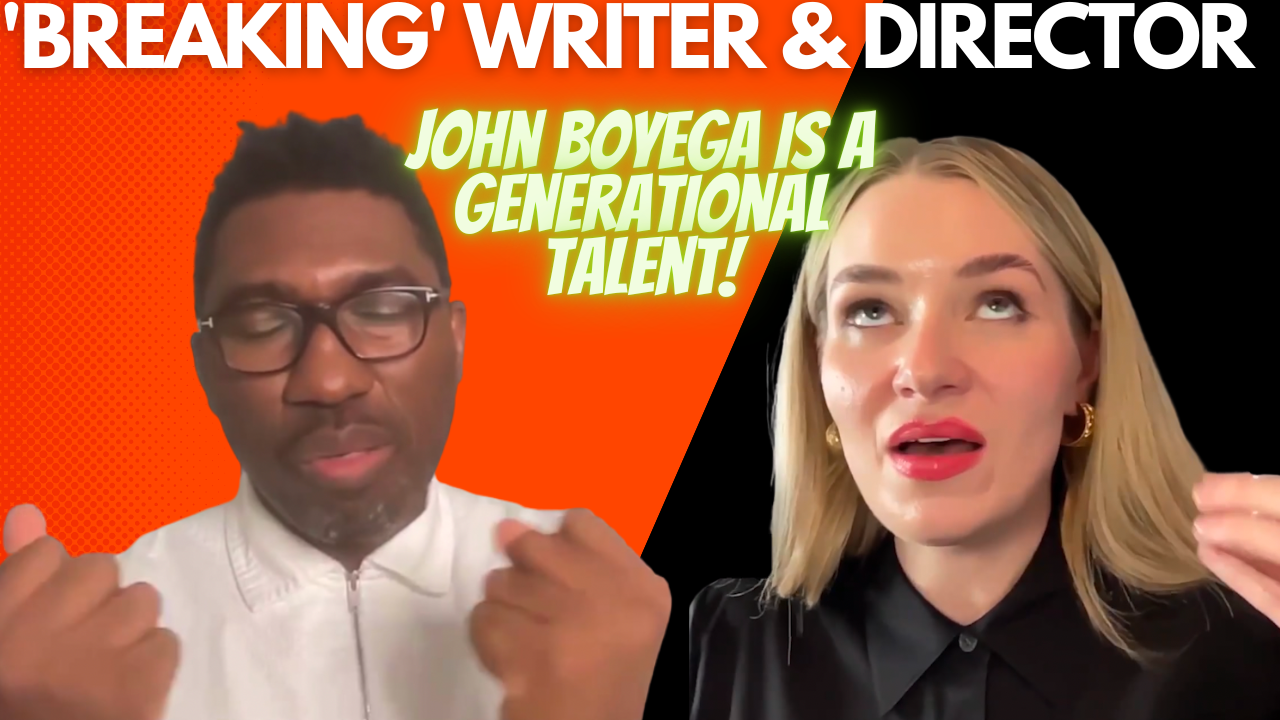 John Boyega just gave a performance of his career in Breaking. The duo behind this true-story turned film is writer/director Abi Damaris Corbin and writer Kwame Kwei-Armah.

I spoke to Abi and Kwame about Breaking. They spoke to me about how they created such compelling tension throughout. Why star John Boyega is a generational talent? What Abi told Kwame that inspired him? Plus, how they used their resources to tell this story.

Abi and Kwame were very nice and polite. They were well-spoken and eloquent in their answers. Glad Kwame shared that story about Abi inspiring him. They co-wrote the film and did an excellent job, with Abi also serving as the director.

I was very impressed with the tension they were able to build, especially in a stoic setting of a bank. Much of that should be credited to the phenomenal performance by John Boyega. He made that tension hit extra hard.

Both Abi and Kwame genuinely seemed fond of John and his talents. Abi referred to him as a generational talent, and after this performance, that’s hard to argue. He reminded me so much of a young Denzel Washington in this role. His cadance, mannerisms, voice inflection, facials. So good. Especially reminiscent of Denzel in John Q.

This is sadly based on a true story of a man named Brian Brown-Easley, a veteran who had lots of things go against him in life. They had 200 pages of manuscript and Abi revealed the conversations she had with Brian’s wife and the negotiator. So be rest assured they put a lot of work and research into creating this film, and it shows.

Breaking is very good. Phenomenal work from Boyega and just all-around top-notch work from Abi and Kwame and the cast and crew.

BREAKING is out in Theaters on August 26