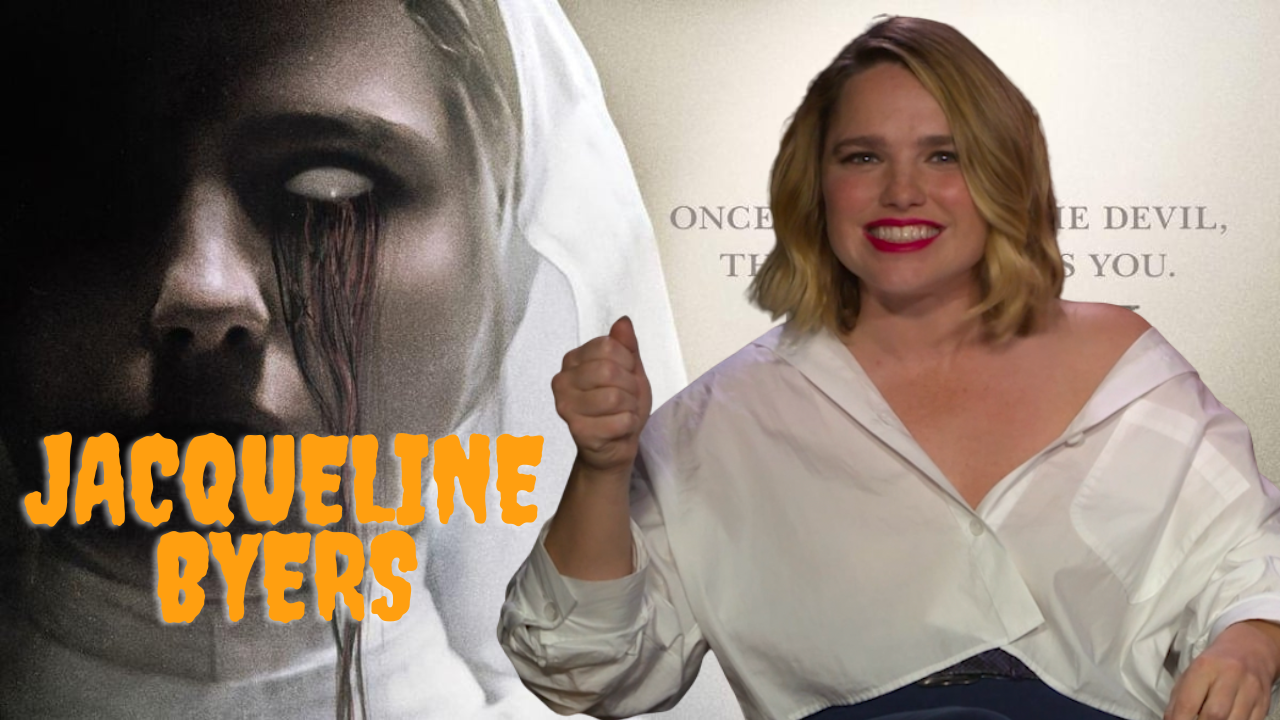 Jacqueline Byers blew me away in her performance in Prey For The Devil. She plays Sister Ann and commands the screen in ever scene. I spoke to Jacqueline and her co-star Christian Navarro about their experience working on Prey For The Devil. Did they have any superstitions? Jacqueline comments on her facial expressions and they both play horror trivia.

Jackie is just the sweetest, isn’t she? Very kind and humble person. She was engaged in the interview and speaking about the film. She’s really tremendous in the role of Sister Ann. As I mentioned to her and the director Daniel Stamm, her facial expressions are incredible and she emits so much emotion through them. You could have the film on mute when she’s on-screen and you still wouldn’t miss a beat on what her character is feeling.

She seemed happy and surprised by my anointing of the film being one of the best exorcism themed movies ever. So looks like neither of the actors had any superstitions about the verses they uttered on-camera during the exorcisms. Good for them, I know if it was me I’d feel a bit uncomfortable and rattled that it would come back to haunt me! Haha

Jacqueline Byers is a part of horror movie history now, portraying the first female exorcist on-screen. Hasn’t been done before, so that’s a cool piece of movie history for her. The film and her character is progressive and she acknowledged that fact.

Trivia is Christian’s strong point. He was 5 for 6 on the trivia questions. Pretty damn good. I was impressed. He sure knows his horror history. That was a fun segment to do with them. Twelve Friday the Thirteenth movies is nuts! Prey for the Devil is really good, so check it out.

PREY FOR THE DEVIL is out in Theaters on October 28

Previous post Cassie Scerbo: “I dealt with many bouts of bullying”