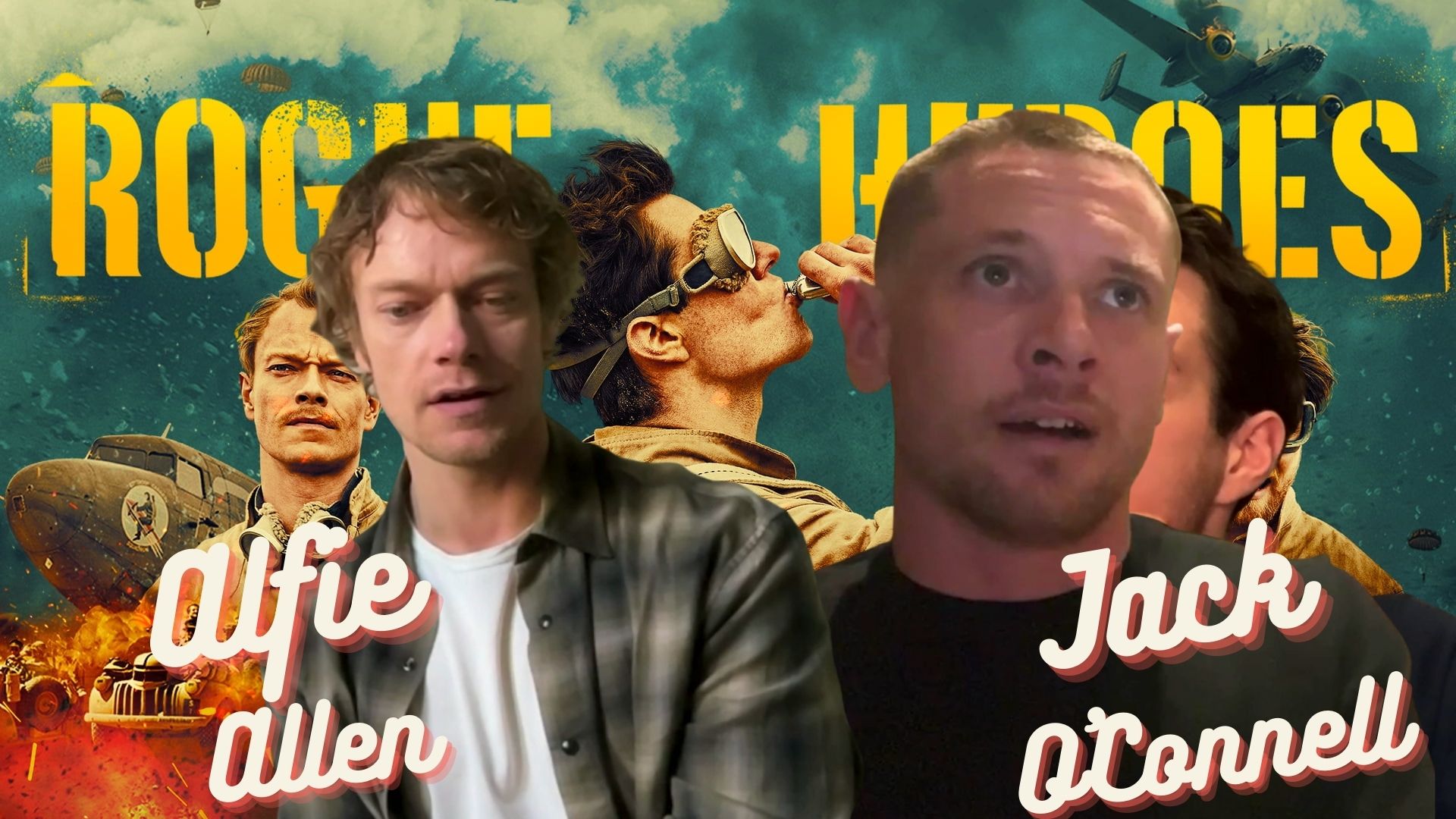 Jack O’Connell and Alfie Allen are two fantastic talents, I’m a big fan of both of them. Alfie has been one of the main players on Game of Thrones, while Jack rose to fame with his memorable performance in Unbroken. Now they join forces together for the new Epix six-episode mini-series SAS: Rogue Heroes.

I spoke with Jack and Alfie about their experience working together on the show and what shenanigans they were up to off-set. Plus, Alfie responds to my idea of what would happen if his character from Rogue Heroes was placed in the Game of Thrones world and vice versa.

These guys were super chill and fun to chat with. Jack is a straight shooter and just a super authentic guy. Alfie was honest with his responses also. So after speaking with Connor Swindells, I asked him about the fun they had off-set and Connor had great memories. It was no different of a response from Jack and Alfie. They definitely had a great time together and bonded great, from the sounds of it.

Jack O’Connell is no stranger to playing soldiers, so I asked him about playing one once again. He had high praise for his character in Rogue Heroes. Watching the show and his performance seems like a perfect fit.

We are in World Cup season, the guys spoke about filming on location in Morocco while the Euro’s were going on and cheering on England. They aren’t as invested in the team this time around, Jack proclaimed to be a very casual England football fan, his heart is in the English league third division. I should have asked what that team is. I know soccer, but England third division is a stretch, unless you are a hardcore fan.

So as I mentioned to the guys, often times my mind wanders as I watch shows and movies. It was no different while watching this show. I thought what would have it been like if you placed Alfie’s Rogue Heroes character Jock Lewes into the world of Game of Thrones and vice versa on his GOT character Theon Greyjoy in the world of Rogue Heroes. Alfie was a bit stumped by the question, but Jack jumped in to help out and propose an even better question and scenario, who’d win a battle between Jock and Theon? Good stuff.

I thought these fellas were down-to-earth and engaging, especially for being the stars that they are. I’m now an even bigger fan of theirs. The show is fun and action-packed, so if you’re a fan of these two, it’s a no-brainer to check it out.