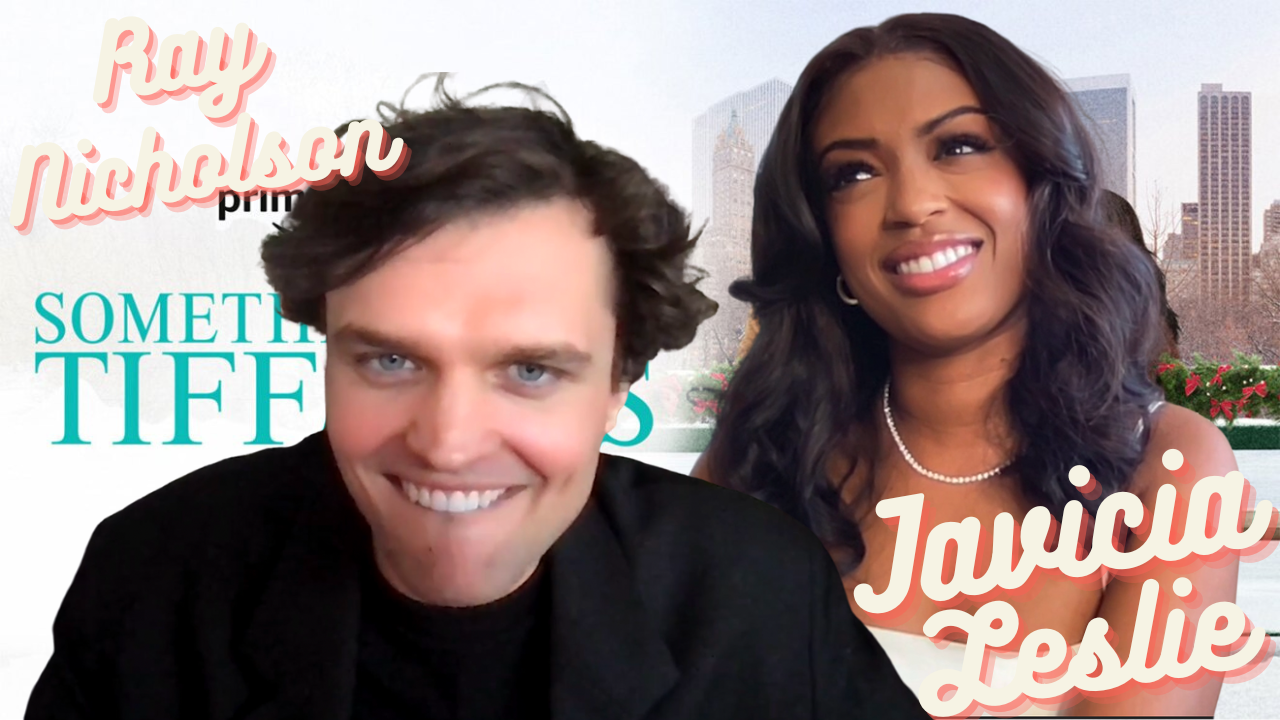 Ray Nicholson and Javicia Leslie are two actors that are quickly becoming household names. They both star in Prime Video’s Something from Tiffany’s, alongside Zoey Deutch and Kendrick Sampson. The holiday romcom arrives just in time for Christmas.

I spoke to Ray Nicholson and Javicia (separately) in the lead-up to the release of the film. They spoke to me about the film. Their experience with Tiffany’s. Holiday romances. Plus, much more.

I had no idea going into the interview that Ray was Jack Nicholson’s son, yes, even though the resemblance is uncanny. I found Ray to be very easy going and fun to talk to. He was open about his current romantic life. Also, learned that he’s a generous gift-giver. And who knew the Nicholson’s had a family tradition of jumping onto their right foot as New Year’s arrived.

Ray Nicholson is a good chat. He seems like an interesting guy and I enjoyed his role in the film.

Lavicia was cool also. I had previously had a great experience with her a few years back meeting her at an awards show where she was gracious with her time speaking with me on the red carpet. I’ve seen her career grow a lot since them. She was the star of CW’s Batwoman and has appeared in numerous shows and films.

Lavicia is all about the rock, as in a ring from Tiffany’s. Go big or go home, right? She had praise for co-star Kendrick Sampson and made some great points why his character had redeeming qualities. When it comes to being the person with the dating drama or the one that likes getting the scoop, count Javicia in the scoop category. She plays a small supporting role in the film, but she always stands out.

Something From Tiffany’s is an old-school rom-com. Good to have those back. Zoey Deutch is a favorite of mine. The rest of the actors are somewhat new to me, so that was nice to discover. Check it out now, in time for the holidays.

Next post Bones and All Blu-ray & DVD Release Date