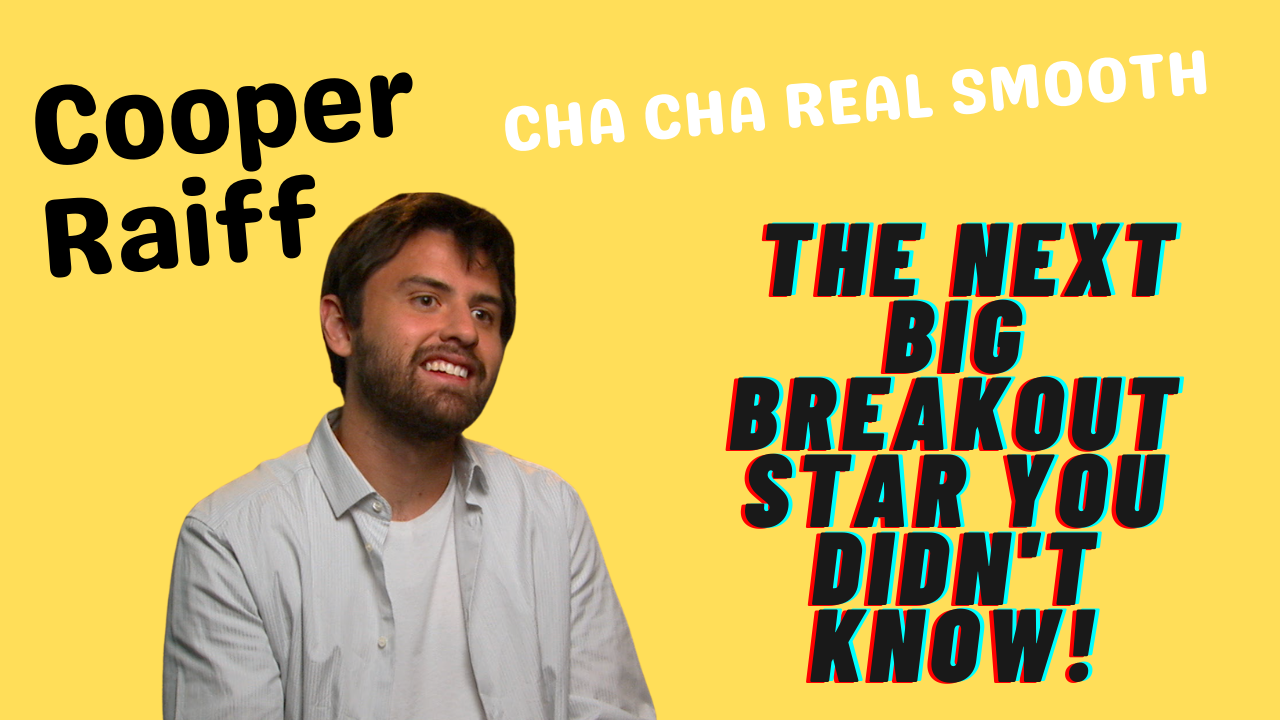 Ladies and gents, Cooper Raiff has arrived! Who is Cooper Raiff you might ask? Do yourself a favor and check him out in Apple TV+ Cha Cha Real Smooth. The 25 year old filmmaker and actor makes his big debut, and it’s one that has been getting a ton of industry buzz, soon you’ll know why.

I had the opportunity to sit down with Cooper when he was in Chicago for the Chicago Critics Film Festival, in which Cha Cha Real Smooth was featured as the opening night premiere of the fest. Cooper talked about his path in the industry, the story’s origins, plus casting Dakota Johnson, among other things. You you need to see this interview below.

I can vouch for how genuine of a guy Cooper is. Soon as I walked into the interview room, he came over and gave me a hug. That’s never happened before in my career. The level of humility and authenticity this man has is admirable. Just makes you feel good to be in his presence, I imagine the cast felt similarly.

Cooper is a kinda shy from what I gathered, but also very pleasant. He just comes off as the guy next door, no sense of “Hollywood” about him. I was very impressed with the level of talent he possesses. If you watched the interview above (you should) and especially the film, you get the idea of his creative genius he is. He wrote, directed and starred in the movie. He does each role rather flawlessly.

I didn’t know that Dakota Johnson was signed on the film from its inception, so that’s pretty cool. I genuinely loved this movie. It was a very touching human story. Very relatable, especially the characters, written so purely.

It was easy to chat with Coop, it was as if we knew each other a long time. My interview style is naturally conversation, but at few points I forgot I was even doing an interview during it. That says a lot. I really wish Cooper a ton of success, but it’s a given, the kid (he’s only 25) is gonna be a big star, whether in acting, screenwriting or directing. It’s up to him what path he chooses to pursue. I’m just glad I got to interview him on his way up.

Go see the film! It’s fantastic. One of the year’s best.