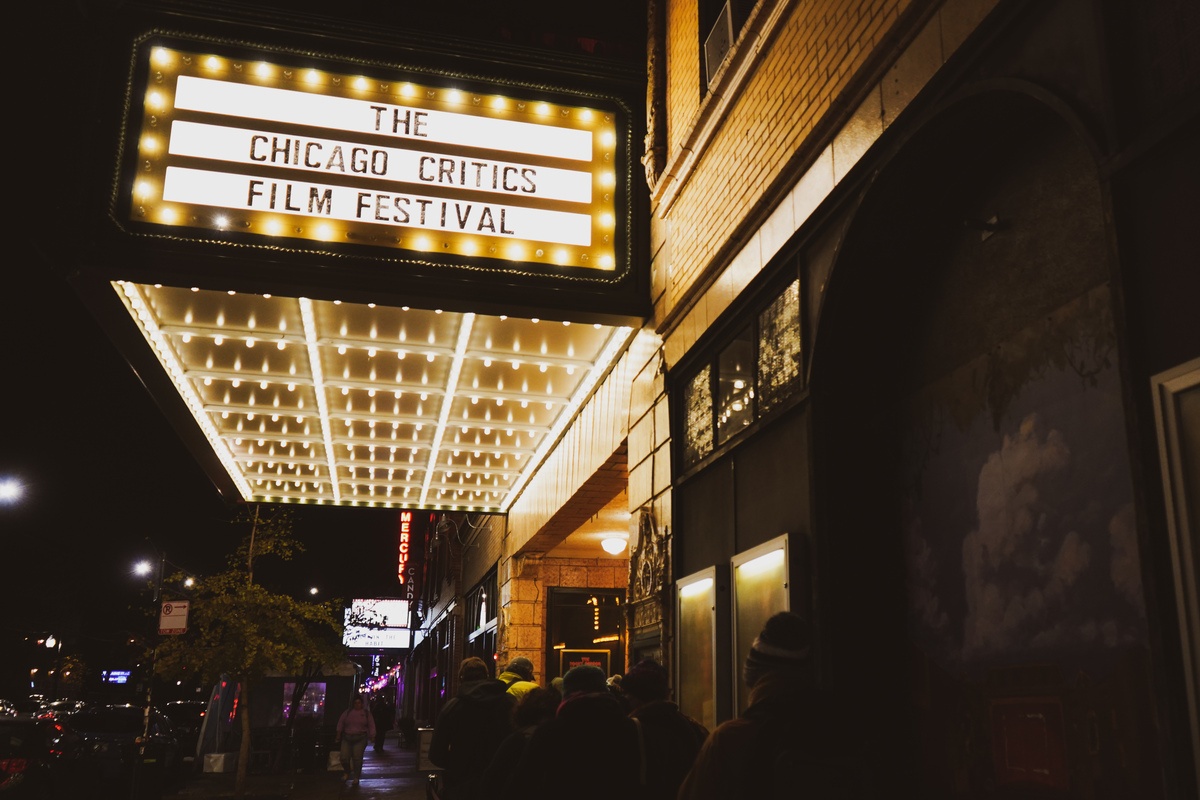 It feels as if a new film festival emerges weekly. There are a ton of film festivals out there, from small local ones to big international ones. One of the more underrated local festivals has been the Chicago Critics Film Festival. The festival isn’t new by any means, this year is the 9th year of the fest.

The 2022 CCFF just wrapped-up after six days of stellar films and guests. The festival takes place yearly at Chicago’s esteemed Music Box Theater. The fest is always organized and has a wide selection of films. This year the fest opened up on Friday May 13th with Cooper Raiff’s Cha Cha Real Smooth. An enjoyable comedy-drama that stars the writer & director Raiff alongside Dakota Johnson. High marks for that one.

The ninth edition of the festival also boasted the largest crowds to date, proving that filmgoers are ready and eager to return to in-person screenings and the chance to celebrate the best new films premiering in Chicago. Special guests this year included filmmaker Cooper Raiff with opening night selection CHA CHA REAL SMOOTH; documentarian Stefan Forbes with HOLD YOUR FIRE; filmmakers Kristen Abate and Steven Tanenbaum from STRAIGHTEN UP AND FLY RIGHT; a star-studded closing night with filmmaker James Morosini and stars Patton Oswalt, Amy Landecker and Claudia Sulewski in attendance for I LOVE MY DAD; and many more.

Unfortunately I wasn’t able to attend as many nights as I’d like to, the schedule was tremendous offering one to two must-see films nightly. My top films from the fest were Cha Cha Real Smooth, To Leslie and Resurrection. I missed-out on Marcel the Shell with Shoes On, which has been highly talked about coming out of festivals.

The closing night film was I Love My Dad with Patton Oswalt (who was in attendance for a Q&A). This was probably the best selection of films I’ve seen at this festival. Credit to the curators. It’s a special treat to have events like this in your town, without having to attend the major fests, yet still getting to see several of the films that have been making waves.

Good people, good time and good movies. The 9th Chicago Critics Film Festival was a major success! The fest is scheduled to return in May 2023.

For more information on the festival

For more information on the Music Box Theater