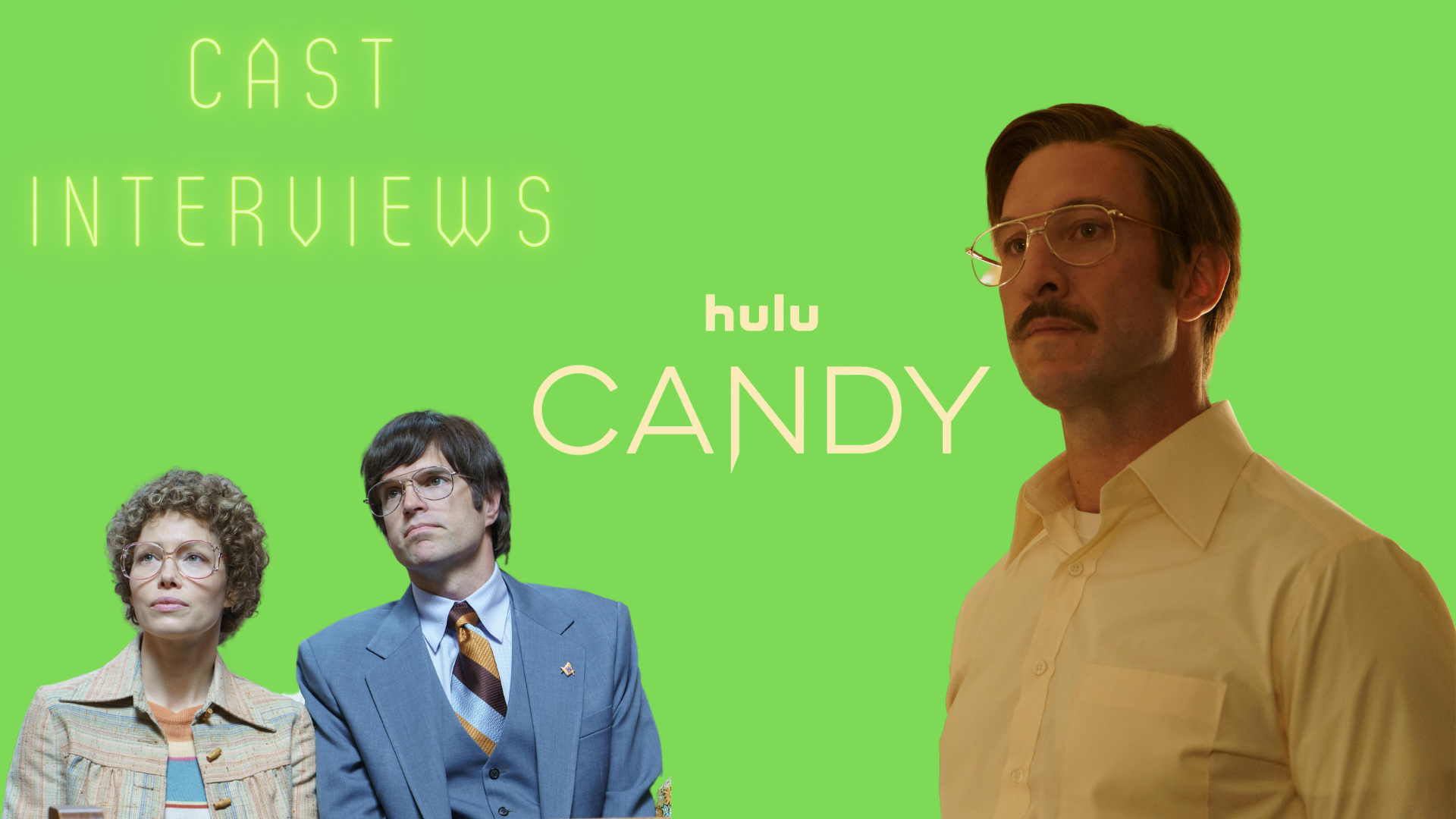 Killer housewives are thing, sadly and unfortunately, I know you know this because you watch Dateline, but they have been for a while. Enter Candy Montgomery. A woman few would imagine to have reservations about having your kids get candy from. There was a real devious and deadly dark side to Candy Montgomery who is depicted by Jessica Biel in Hulu’s Candy (releasing May 9th on Hulu).

I had a chance to be part of the Candy press day and speak with the men who play the husbands on the show and who were enamored with Candy, Pablo Schreiber and Timothy Simons. The guys discuss their roles and a husband’s spin-off? And do they believe killer housewives are now the modern boogeyman?

For those of you that have followed Reel Talker, you know I’m a huge Pablo Schreiber fan. Den of Thieves is one of my all-time favorite movies and Pablo plays a badass villain in it. In Candy it’s quite the contrary? He plays a local neighborhood dad, that decided to mess with the wrong woman.

Timothy is also a really good actor whose work I’ve enjoyed. Recently rewatched Draft Day in which he’s hilarious. Needless to say it was cool see Pablo and Timothy star together in this series.

This was my second interview with Pablo, and he’s a great interview. First time speaking with Timothy. Both guys have great personalities, didn’t know Timothy was this funny off-screen. I had a great repertoire and banter with the guys from the start.

The husbands unite would be a fun spin-off, wouldn’t it? The guys took my suggestion into consideration and jokingly discussed some theories on it. Fun stuff. I loved their nerdy look in the show. Kudos to the costume and makeup teams.

So are killer housewives a thing? Kinda. Pablo did elaborate on how the show is more than just about a murderous housewife, which is very true. Wish I had more time with them but these junkets run fast and there are others they need to talk to, so understandable for sure.

The show is a must-see. Jessica Biel is fantastic, so is Melanie Lynskey and of course Pablo and Timothy. Crazy story. Well shot and executed (no pun intended). It’s one of those shows you’ll be immersed into from the start. Great stuff, highly recommend when it releases on Hulu on May 9th.

CANDY will debut with its first episode on Monday, May 9, followed by one new episode daily until the finale on Friday, May 13

Next post THE LOST CITY Blu-ray and Digital Release Dates