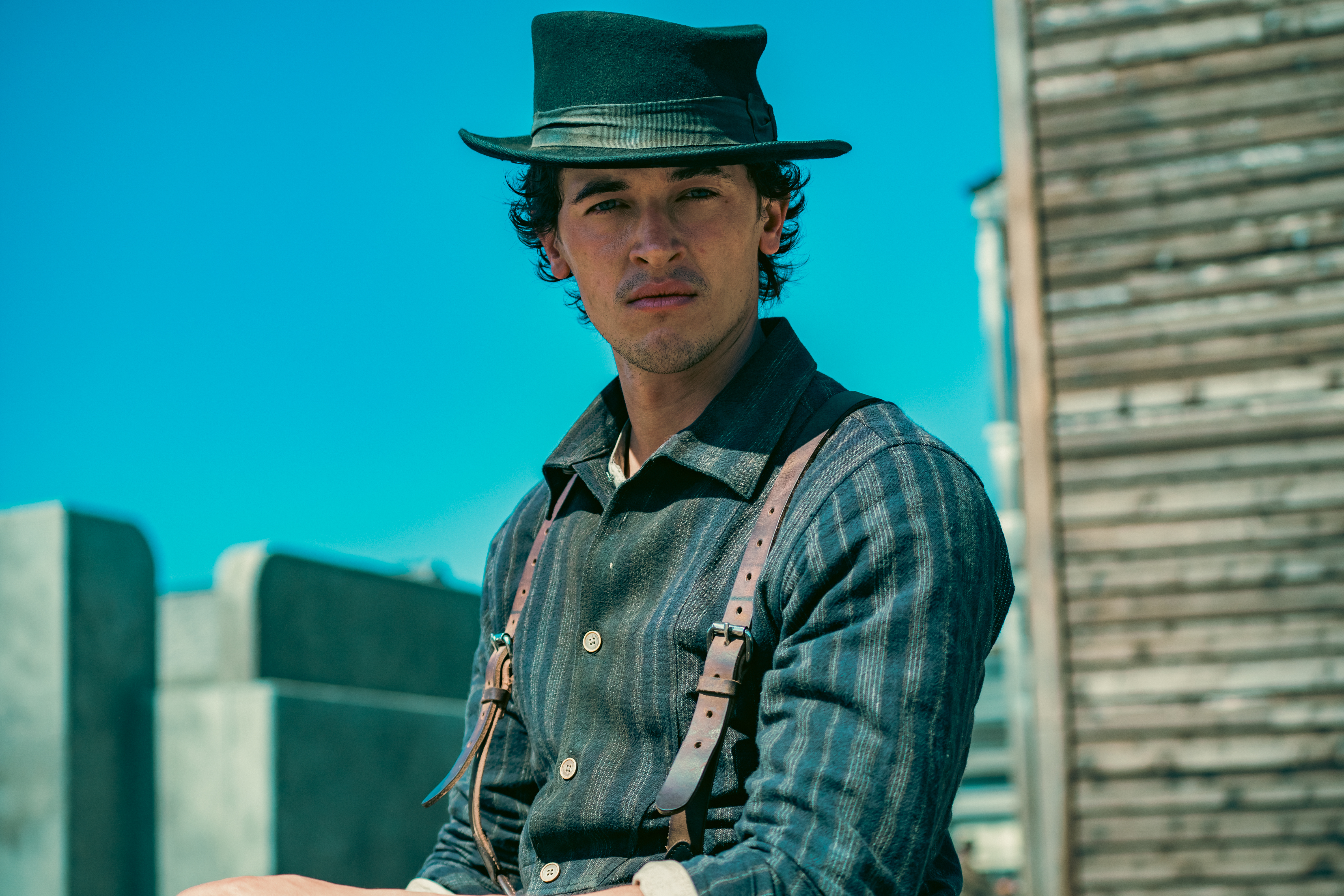 Epix is rolling out an epic new show based on the infamous “Billy The Kid”. The character has had his story told in multiple various forms, from books to movies, and now a show. I had a chance to speak to the main cast of Billy The Kid.

Tom Blyth, Eileen O’Higgins and Daniel Webber joined me during their press day to discuss the show and shared their thoughts on working together and the experience of making the series.

This was a really fun group to chat with. Very engaging and easy going. You could tell just through my interview that they enjoy being around with each other and clowning around with another. The chemistry translated on-screen also.

I had a heck of an ice-breaker, not on purpose, but that set the mood nicely and everyone got a good laugh out of it. That’s what it’s all about, isn’t it? I’m good at making fun of myself. So I threw out the idea of a Billy The Kid multiverse to Tom. Not only was he all about it, but he shared an awesome story meeting Emilio Estevez and how they connected over Billy. That was a pretty cool story. Let’s make this multiverse happen!

Daniel and Eileen had some interesting answers for what they would bring back from the world their characters live in to modern day. Eileen is all about bringing back horses as a means of transportation. I like it. Daniel shared the appeal of the ruggedness and musk of the experience. I liked the uniqueness of that answer.

So I asked Eileen how she kept Tom and Daniel in check on set, considering the characters are pretty macho and intimidating. Jokingly hinting if it got into Tom and Daniel’s psyche. She answered it in the way her character dealt with Tom and Daniel’s characters. So that was something different, but worked out well. Yes, she did answer the original question also at the end.

This is a great cast and group of people, so no surprise this show is badass. Looks like the creators Michael Hirst and Donald De Line knew what they were doing.