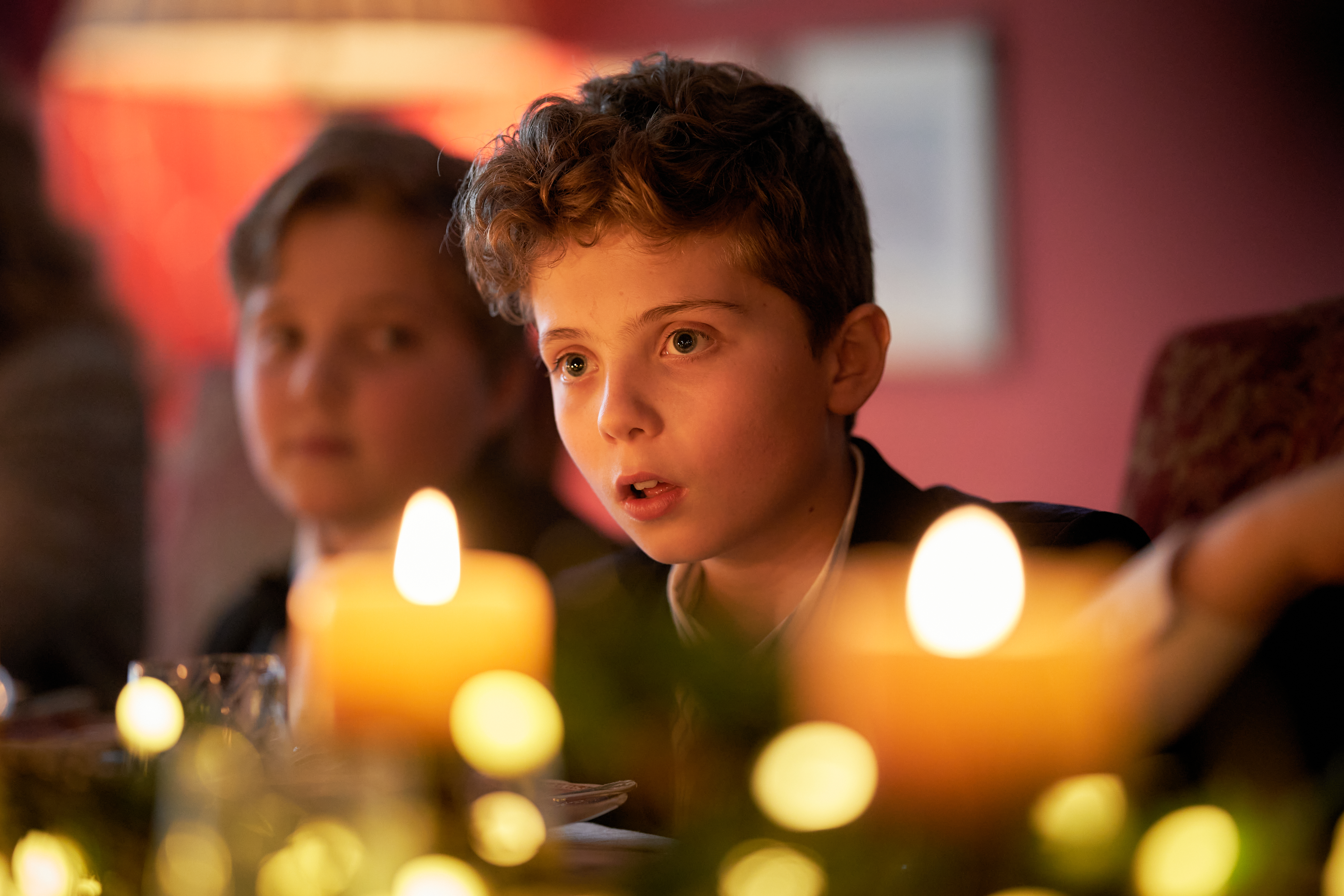 He became a star overnight. Roman Griffin Davis aka Jojo from Jojo Rabbit isn’t a one-hit-wonder by any means. The young actor is about to show audiences his charming persona and huge talent in the new horror-comedy Silent Night.

I spoke to Roman Griffin Davis about his role in Silent Night. The film is written and directed by his mom Camille Griffin. We talked about his love for the Arsenal football club, FIFA video game, his unique Christmas tree tradition and cursing.

Roman Griffin Davis is hilarious. He is as real as it gets. Completely raw and unapologetic. I appreciate his authenticity. He is outspoken as it gets and naturally funny. This was a fun and unpredictable interview.

I got a ton of info on Roman. From his love for Arsenal to his Christmas tree tradition. Learned a thing or two about his family and how they spend Christmas. The kid is a badass. What made this interview even cooler was his mom was legit serving him dinner, that was awesome.

Apparently every British actor I speak to is a die-hard Arsenal fan. He knows more than a thing or two about the club and its history. He even told me about a podcast I need to check out. Certainly would be up for challenging him to some FIFA!

His Christmas tree tradition is something I never heard of, but it’s definitely interesting. I spoke to Lucy Punch about her Christmas celebrations and how they did it in the film. Looks like Roman’s mom had a really good idea of what it would turn out like, maybe even based on her own family celebrations Roman outlined.

Let’s be clear, Roman exaggerated certain things that might be shocking to some, he was joking around. Also, those deer heads in the background apparently are NOT real.

This kid is fun to talk to and I hope he continues being himself. He has a massive future ahead of him. Two movies down, two lead roles, both starring alongside some major Hollywood stars. Not bad kid, not bad.

SILENT NIGHT in Theaters and streaming exclusively on AMC+ on December 3, 2021