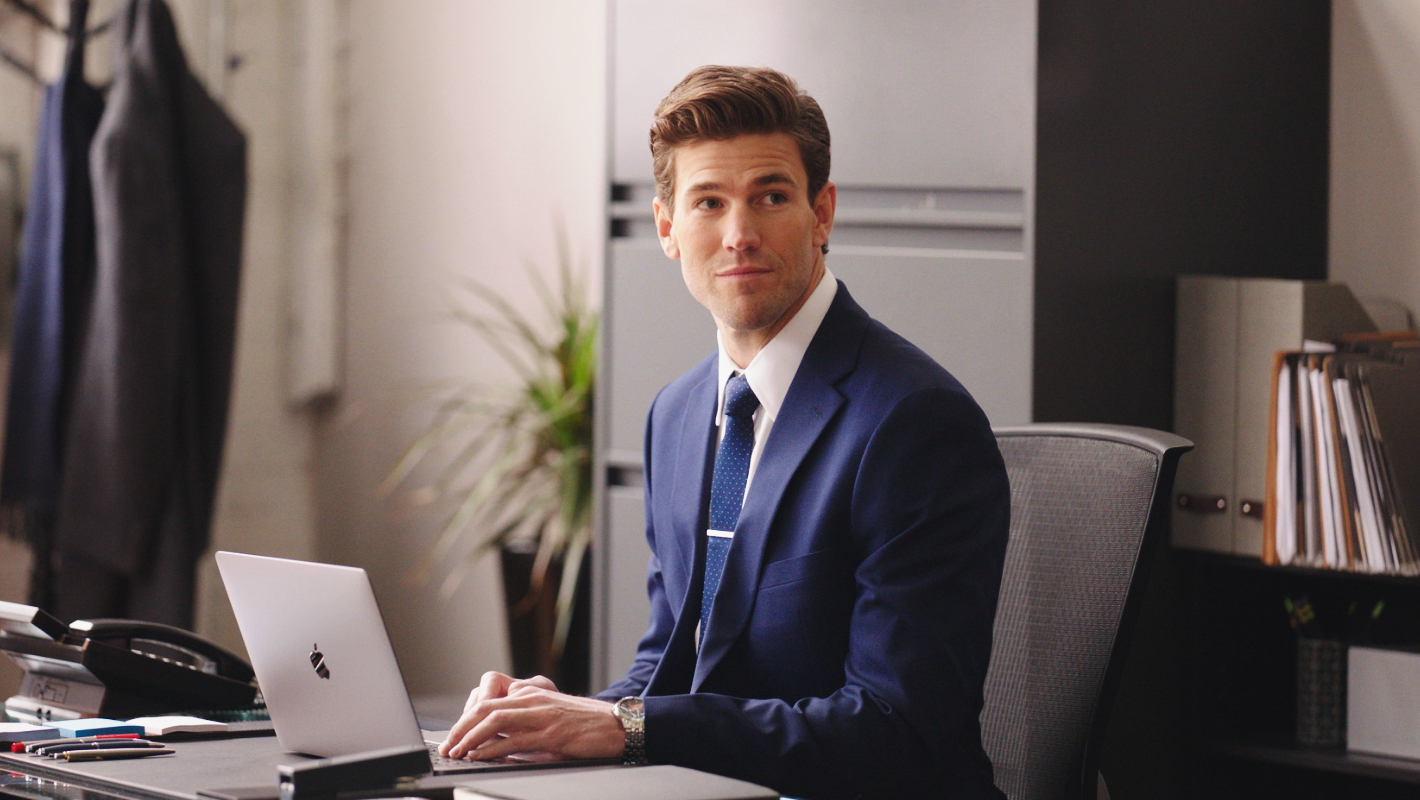 Hollywood hunk and big time talent, two things that come to mind immediately when Austin Stowell comes to mind. Austin’s credits are impressive, starring in some highly acclaimed films such as Whiplash, Bridge of Spies and Battle of the Sexes.

His latest film is the romantic “holiday” comedy, The Hating Game. He stars alongside friend and former co-star, Lucy Hale.

I had a chance to speak with Austin about The Hating Game, working again with Lucy Hale and of course his fit ass!

Austin was a blast to chat with. Great personality. Very fun to banter with and easy going. Sometimes the talent makes you really comfortable as an interviewer and Austin certainly did that for me. I’ve been a fan of his work for a while. Very talented actor that can do a variety of roles and genres.

Austin recently starred alongside Lucy Hale in Fantasy Island. Seeing them reconnect again on The Hating Game was a treat. They have fantastic chemistry in the film. Austin spoke about their friendship offset and how he just followed Lucy’s lead. Smart man.

The best question to come from my end was the most obvious one if you’ve seen the film. Was it Austin’s finely sculpted ass or was it a body double. Well, we have our answer, it was all Austin. I commend the man for being in spectacular shape and being bold enough to showcase it in the film. I’d really is inspiring. The man said that quats are the key! I’ll take that advice.

The film is super fun and charming. If you like a fun romantic comedy, this is one to see.

THE HATING GAME releases in select Theaters and On Demand on December 18, 2021