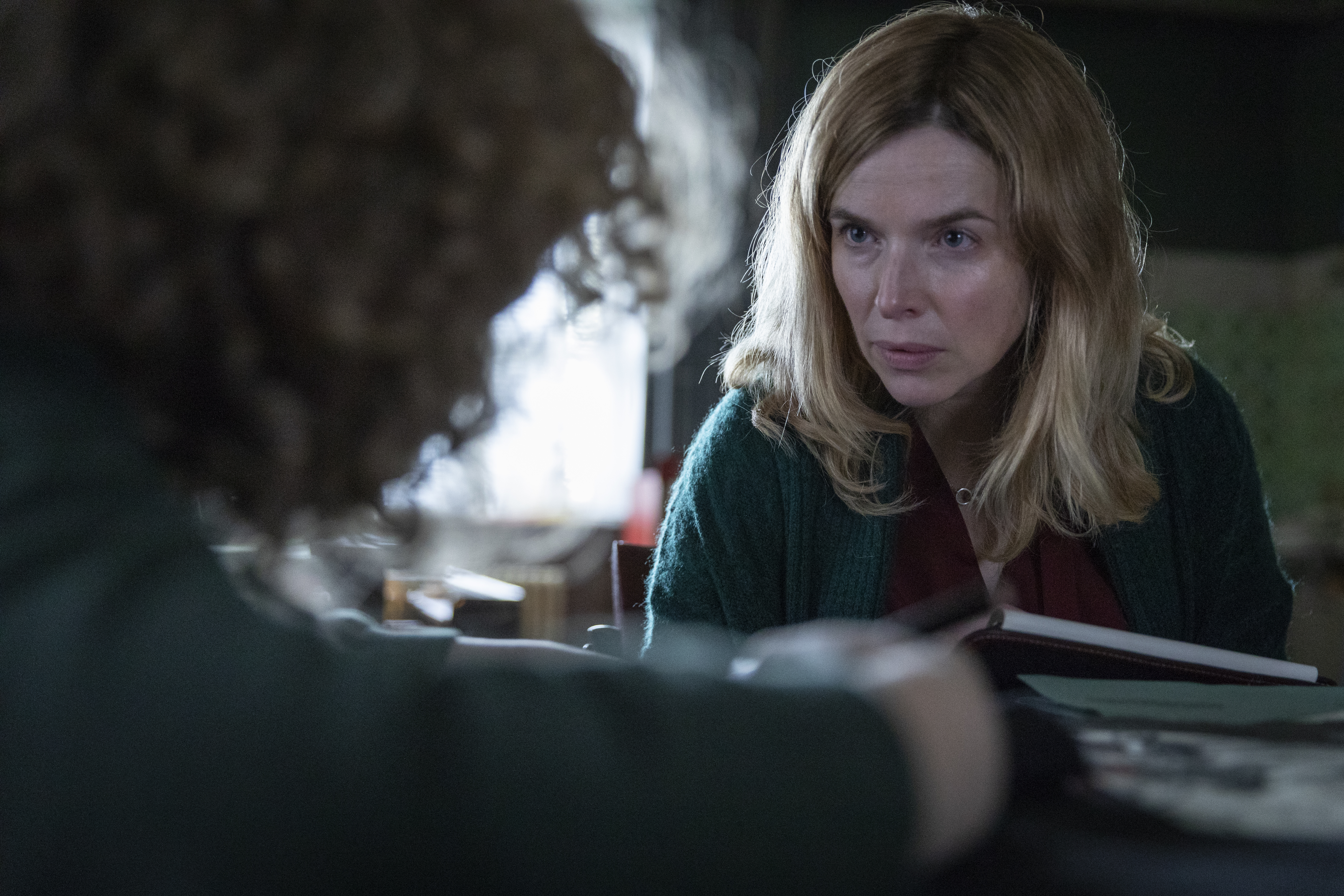 I enjoy sharing under-the-radar films with my audiences that they might have not seen. Marionette (aka Repression) is a movie to be seen. Starring Dutch actress Thekla Reuten (In Bruges, The American), playing a therapist who whose ten-year-old patient claims to control her future.

Reuten is one of Europe’s premiere actors. I had a chance to speak to Thekla about the film, her approach to her role and being part of In Bruges. Look out for spoilers, as Thekla and I discuss the ending of the film.

I remember Thekla from seeing her opposite George Clooney in The American and her small appearance In Bruges. It was fun reminiscing about one of my favorite films with someone who was actually in it.

Thekla did fantastic work in Marionette. I thought her character had a lot on her plate and Thekla delivered in the performance. I wanted to discuss the ending of the film with her. It’s open to interpretation. I found Thekla’s perspective to be very intriguing. For the sake of not giving it away if you avoided it in the video portion, I won’t go into in. I did get more clarity and satisfaction after our chat about the ending.

I highly recommend checking out the film. It’s a really intriguing thriller with plenty of twists you don’t see coming.