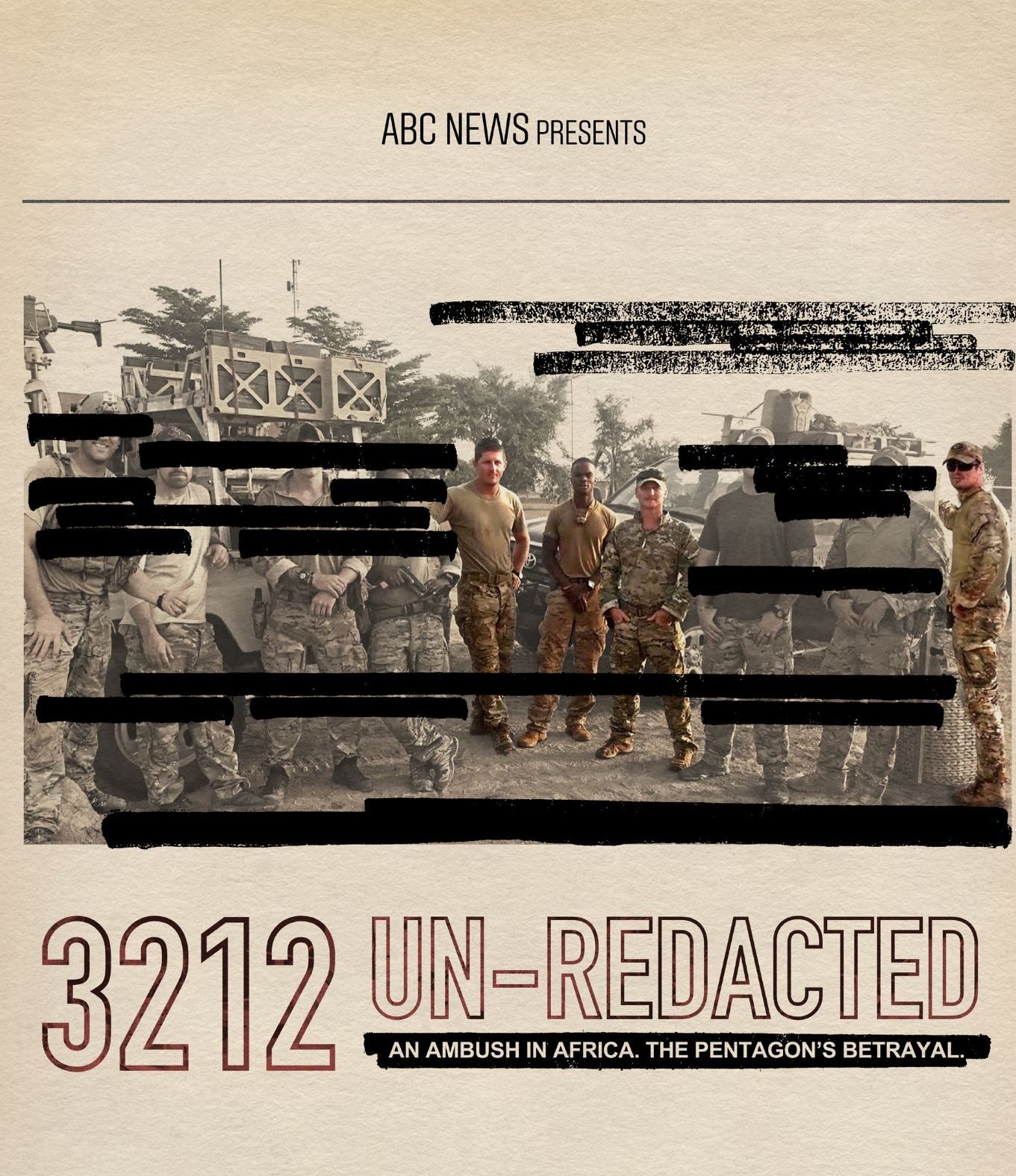 ABC News investigative reporter and producer James Gordon Meek is one of the best in the business. If you don’t believe it, look no further than his new documentary 3212 Un-redacted. The film details the truth behind the death of four elite U.S. Special Forces in Africa.

I had the chance to speak to James about the story and the documentary. Why does the Pentagon cover-up certain missions like this one and how do they get away with it? What he discovered and why he pursued this story for years. Plus, James shares exclusive information with Reel Talker that hasn’t been shared before.

James is a really interesting person to talk to. He is what I consider a real journalist. He did a fantastic job on this story. Not only did he go in-depth with it through incredible research and journalism, but he exposed a government cover-up.

How did this group of elite soldiers end up being left stranded in hostile territory with no backup? So many questions that need answers, but James did wonderful work laying out the facts and exposing the hidden truths.

I was honored that he revealed exclusive information on the story to me on this interview, for the first time. The big news was SSG Dustin Wright was downgraded from the highest ranking Medal of Honor to a posthumous Silver Star. That’s baffling this would happen, but I’m appreciative that James shared this exclusive news with me.

Next post Pete Buttigieg for President in 2024? Find Out What the Director of the Documentary ‘MAYOR PETE’ Says