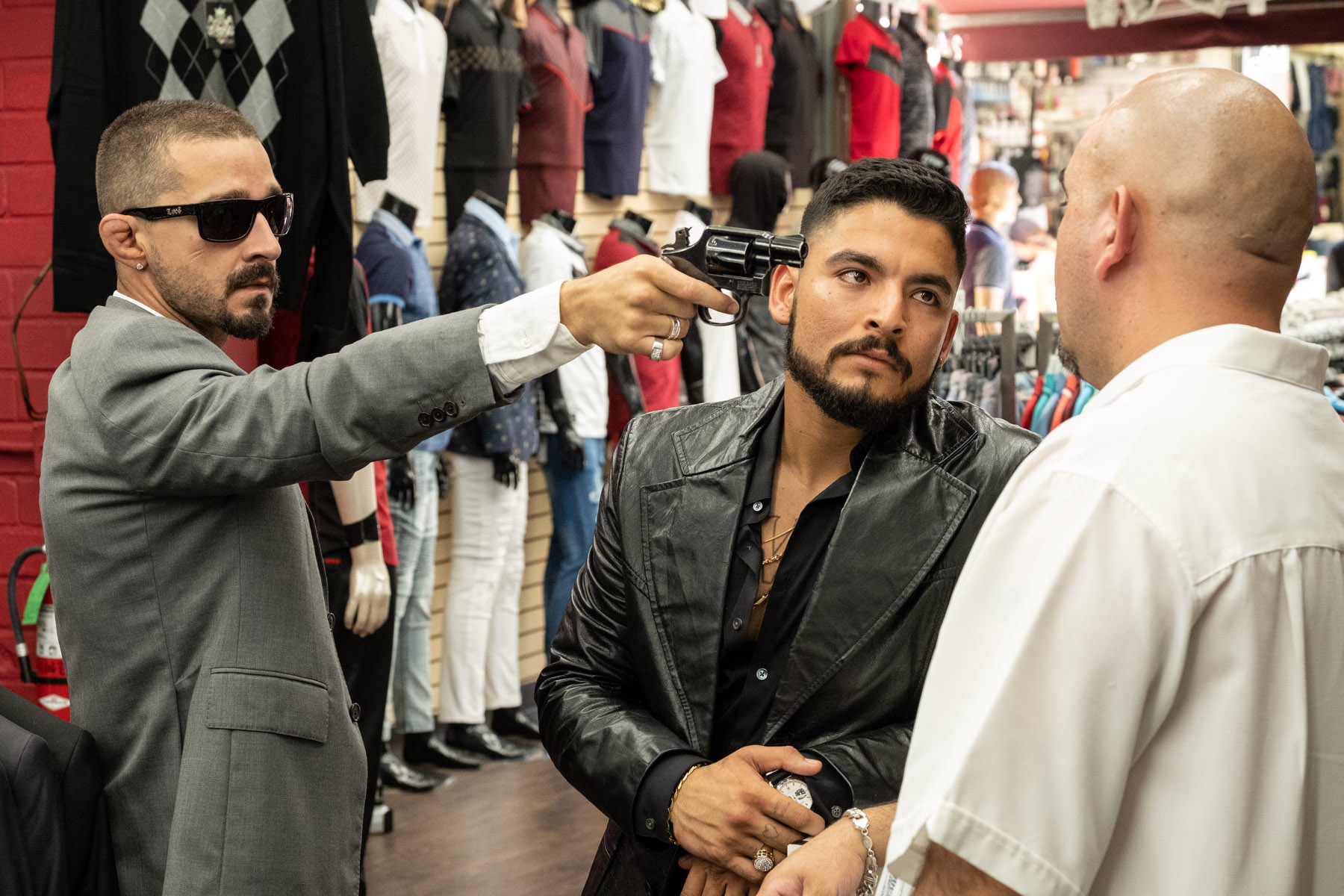 If you haven’t heard of Bobby Soto yet, you will in a few days. Bobby has already made a mark starring in The Quarry and the TV series Narcos: Mexico. Next you will see him star alongside Shia LaBeouf in David Ayers action crime drama The Tax Collector.

I had a chance to speak to Bobby again (my first interview with Bobby was during The Quarry press tour). We spoke about his unexpected friendship with David Ayer. Bobby’s thoughts on Shia LaBeouf’s talked about chest tattoo and the controversy about Shia being cast to play a Hispanic person.

Check out the full interview with Bobby below.

I’m so happy for Bobby and excited for people to see him in The Tax Collector and see what a talent he is. I first saw him in The Quarry and he was clearly a scene stealing actor (good thing), playing alongside big time veteran talents such as Michael Shannon.

One thing that’s immediately noticeable about his talents is how much intensity he brings to his roles. He radiates off the screen. That’s exactly what he delivers in The Tax Collector. Shia LaBeouf will get the headlines, but make no mistake, Bobby is the lead of this movie.

I was blown away hearing the story of how he met David Ayer and what ultimately lead to him being cast in the film. Two guys meet working out and sparring, become friends, neither knowing that each of them work in the same industry. I can just imagine when Bobby asked David about what work he has done and David responding with “Training Day”. Damn. That’s some stuff right there.

I had no idea that Bobby and Shia got tattoos together. Didn’t catch their matching tattoos in the film. Yet, another reason to rewatch it. I thought it was cool for Bobby to stand for his guy Shia and defend his casting, when I brought up the question of the controversy about a white actor being cast to play a Chicano. If you see Shia in the film, you’ll understand why Bobby felt so strongly about Shia’s casting.

The movie is real cool. Very much an Ayer kinda gangster film. Awesome acting, especially from Bobby and Shia, their scenes and interaction together are awesome.

I know people will be interested in seeing The Tax Collector, and I hope they do. I really enjoyed the action, acting and plot. Can’t wait to see Bobby become a household name. He’s a major talent and a good guy based on my interaction with him. Personally, I’ll always be a little proud that I “called him” before others! Ha

‘THE TAX COLLECTOR’ releases in Theaters, On Demand and Digital on August 7, 2020

Next post ‘300’ Releasing in 4K for the First Time Ever