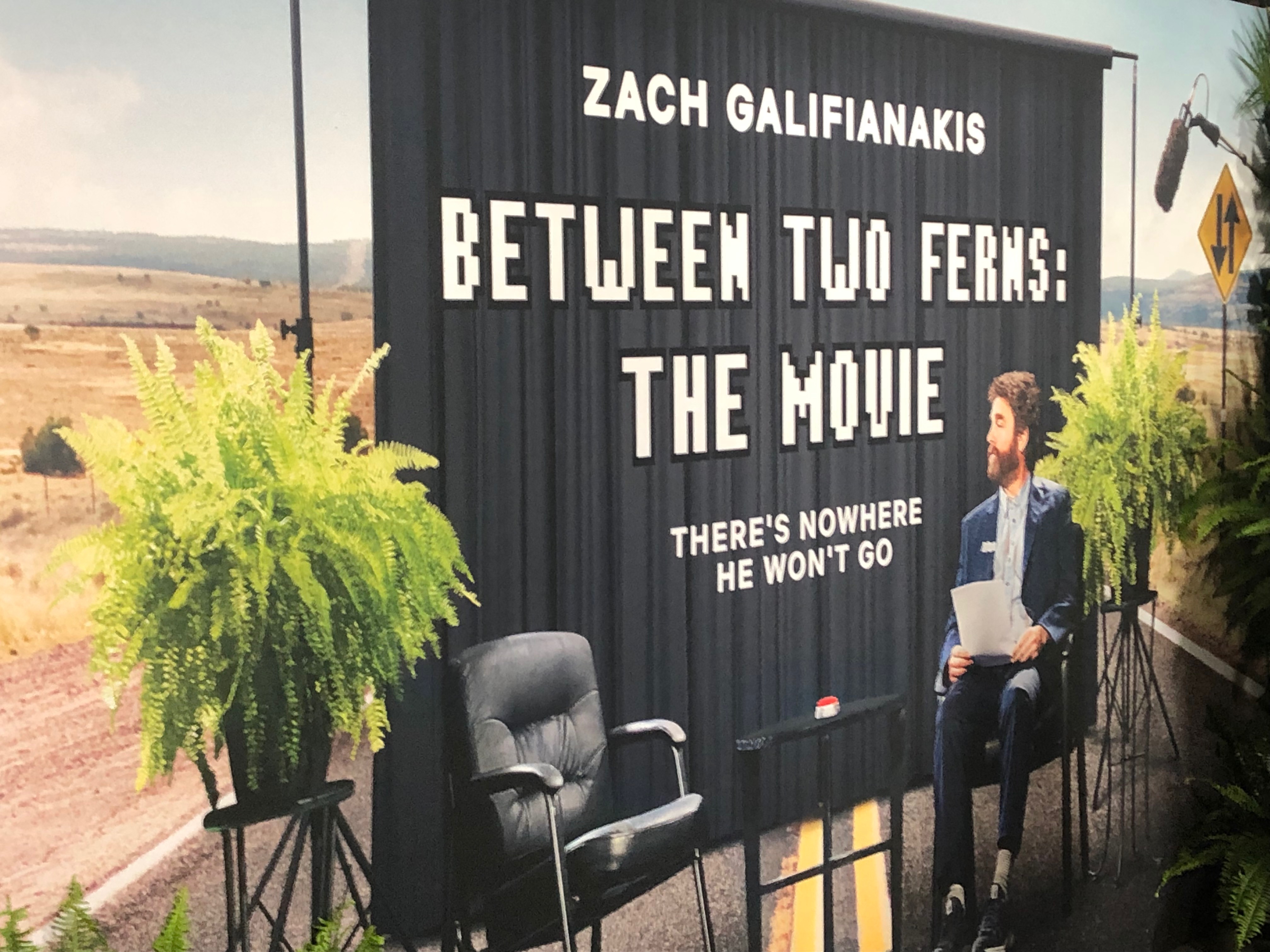 Remember the Funny or Die series of skits “Between Two Ferns” with Zach Galifianakis interviewing celebs? Well it’s now a movie! Between Two Ferns: The Movie is a reality. The film new film version is available on Netflix. Reel Talker was at the premiere of the film. Below you will find the interviews with the cast and filmmakers as they share stories about working with Zach Galifianakis.

Scott was a lot of fun, very good humor. As someone who knows Zach Galifianakis well, it was great to hear about the kind of person Zach is. I enjoyed talking to Scott and hearing about the process of making this movie happen.

Lauren has a lot of personality. It was cool hearing about her experience working alongside all those funny personalities and what the set was like. Another fun tidbit about Zach, that Lauren shared.

Jiavani was energetic and fun to chat with. She mentioned a fun story of working with Zach, but the best of it all, she revealed that he has some good dance moves! Now, that’s a reveal. Great stuff.

Mike has been with the show for a while, so he’s seen it all. Another great story about Zach as a person that Mike shared. Shared some good intel, such as the movie version of “Between Two Ferns” was over two years in the making.

‘BETWEEN TWO FERNS: THE MOVIE’ is out now on Netflix

Next post Movie Pick of the Day: Child’s Play