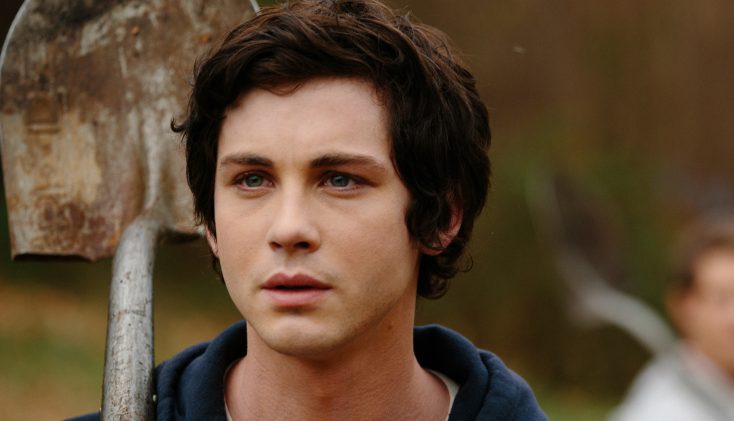 Logan Lerman is one of the finest actors in the industry that many still don’t know about. Most probably know him best from the Percy Jackson films, but he’s had numerous quality films and roles since Percy Jackson. It seems that everything Lerman is featured with is a home run. The latest gem Lerman stars in is The Vanishing of Sidney Hall. I spoke to Logan about the film and what he looks for in a role, he also shares his favorite movies of 2017 and much more. Listen to the audio below:

This was the second time I had a chance to speak to Logan. The first time was in Chicago when he was joined by Sarah Gadon during their press junked for Indignation. I found Logan to be one of the more enjoyable people to talk to. He’s quirky, soft spoken, but not quiet. He’s also very humble and low key. It’s as if he doesn’t realize how good of an actor he is. There is this charming shyness about him also. What I particularly enjoyed about him when I spoke to him both times is how forthcoming he is and how he likes to engage the person he’s speaking to. It’s not just Q&A, but he turns it into a conversation, which I greatly appreciate.

So many interesting points Logan shared. I found it very interesting about his decision to take on a role and the factors that go into it. He stressed physical appearance as one of the big ones when he decided if he’s suitable for a role. That’s an interesting point, because it seems he envisions the look of the character and if he’s fitting for it. He’s an actor that’s done a variety of very different roles. I found his role in Sidney Hall to be difficult and so did his director Shawn Christensen, due to him having to play a single character through three different stages in life.

The fun part was when he shared his favorite films of 2017 and really championed about the non-Oscar nominated films that he enjoyed, such as The Florida Project and The Beguiled. Both fine films. I appreciated how in depth he went and how passionate he sounded. Seems to me that Logan is a person that walks to the beat of his drum, which personally I respect a whole lot.

Once again he’s tremendous in his role and credit to him for picking interesting films such as The Vanishing of Sidney Hall. My interaction with Logan has been great. He’s always polite and just a normal relatable guy. You don’t sense any star attitude about him at all. At only 26 he has the world ahead of him and has a real chance to be mentioned among the greats if he continues doing what he’s done.

THE VANISHING OF SIDNEY HALL is out now on Blu-ray, DVD and Digital