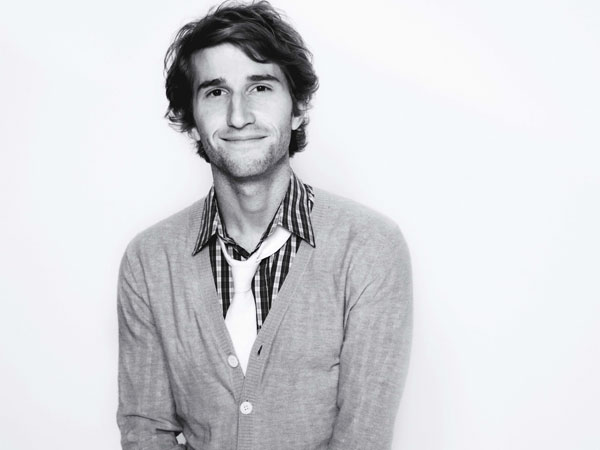 You probably have heard the last name Winkler before. It was probably Harry Winkler that you’re familiar with, however, a new Winkler has been making waves and that’s Harry’s son, Max. With numerous TV directorial credits, his latest feature film Flower is a fantastic dramatic comedy starring Zoey Deutch. It’s a film that depicts a complex family dynamic seen through the eyes of a rebellious teen girl, played by Deutch. I recently spoke to Max about the film and what prompted him to want to do it.

I found it interesting to hear Max compare Erica’s (Deutch) character being based to the ones in Rebel Without a Cause. He also talks about growing up with John Hughes movies and being inspired by them, which is evident in this film. It was surprising to hear that they almost didn’t do the movie due to the difficulty finding an actress to play Erica. Even though Zoey Deutch is a perfect fit, it would have been a shame if this movie hadn’t been made. It was worth nothing also how Max describes the movie being the opposite of a coming of age movie, as to how the characters end up at the end.

Sometimes you get a rare moment of reliability when you speak to someone. I was ecstatic to hear Max talk about going on his food blackouts in Chicago and listing some of the places he’s tried. The first one he mentions is Johnny’s Beef. Not let me tell you about Johnny’s Beef! It’s a local joint in Arlington Heights, IL (there is one more location) that has the best Italian Beef in town, but most definitely the greatest Italian ice you will ever find. I have been pitching this place for years. Have a great success record of converting people to love this place, so you can hear how thrilled I was to hear Max try it. Awesome.

Unfortunately Max was limited on time. I’d like have talked to him more and at least hear his thoughts on the food places in depth. Like a Max and Jim Chicago food review. That be a fun chat.

CHICAGO, YOU CAN SEE MAX AND ZOEY IN-PERSON WITH THE FOLLOWING Q&A SCREENINGS: