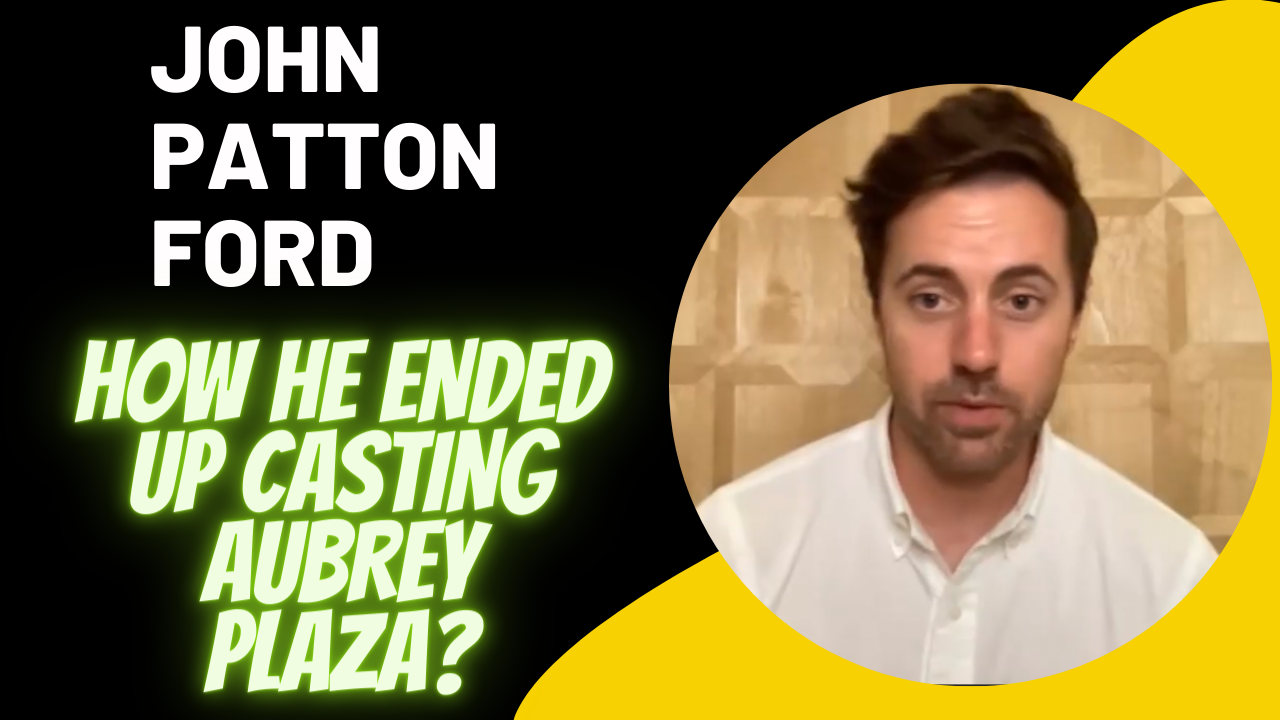 You don’t usually expect a first-time director to hit a moonshot home run on his first at-bat. That’s exactly what John Patton Ford just did with Emily the Criminal, hit a home run. The first feature from Ford stars Aubrey Plaza and Theo Rossi in a credit card fraud based thriller.

I spoke to John Patton Ford about the film. How he ended up casting Aubrey Plaza. Was there an alternate ending to the film? How he learned about all the credit card schemes to depict in the movie. All that and much more in the interview below.

John seemed pretty easy going, very chill. I mentioned at the top of how he hit a home run with this film, and he did. His only other film was a short he wrote and directed in 2010, so this is really his first film technically.

His gold brick background was awesome, by the way. The film’s script was ready in 2017, so it’s been some years till the film was finally made for thee world to see. So it’s pretty cool how he ended up with Aubrey as the lead, thanks to his buddy who connected them. This is one of those unexpected ways this industry works. Luckily the script found its way to Aubrey and this film was made as her in the lead.

It’s crazy to think how easy these criminals have access to equipment to make fake credit cards and how accessible they are to buy online. I can imagine credit card companies constantly adjusting to counter criminals committing this fraud. I haven’t seen many movies that depict this common unfortunate occurrence. John Patton Ford did an excellent job portraying it.

Excited to see the next film from John, he did preview his next planned film and the concept of it. Sounds interesting for sure. In the meantime Emily the Criminal is compelling and fantastic, from the story to the acting.

EMILY THE CRIMINAL ONLY IN THEATERS ON AUGUST 12

Next post James Ponsoldt talks SUMMERING and his past movie disappointments