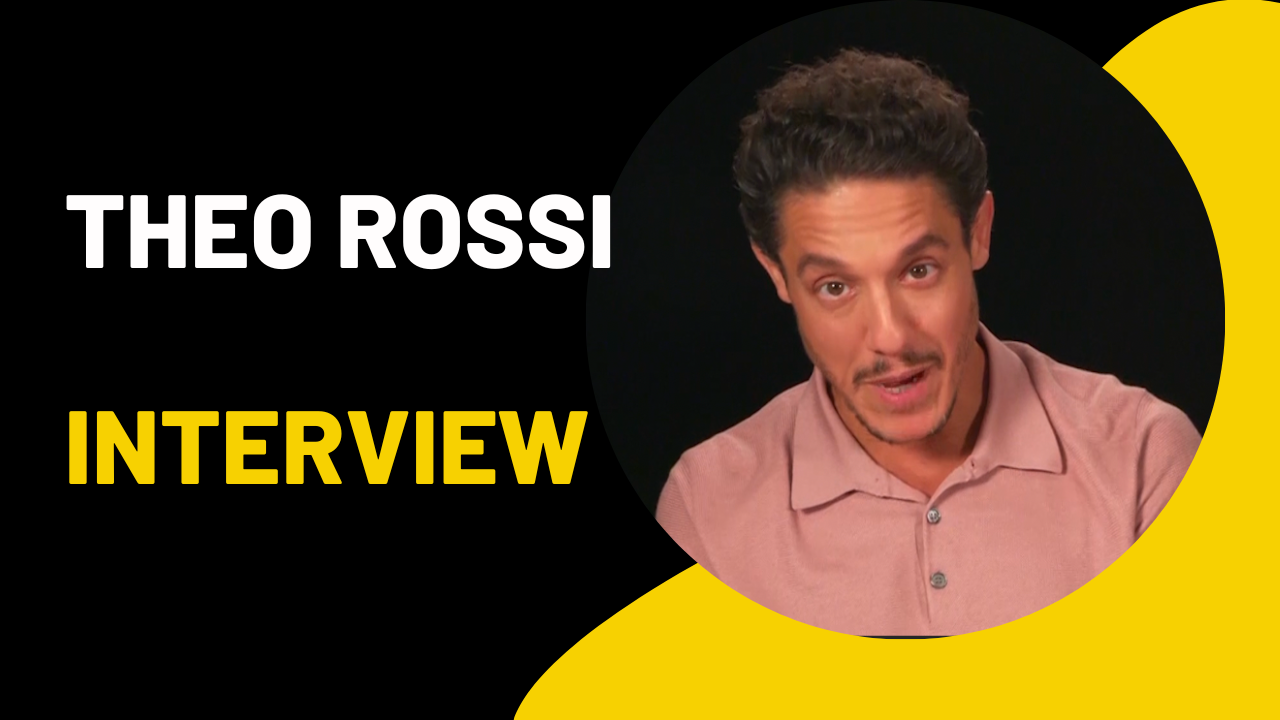 Theo Rossi is best known to audiences for playing “Juice” on Sons of Anarchy. Others will remember him as “Shades” on Luke Cage. The next time you mention his name, you won’t forget him for playing the role of Youcef in Emily the Criminal.

I spoke to Theo about his role in Emily the Criminal. His experience working with Aubrey Plaza. What he learned about credit card fraud. Plus, much more.

Theo was really cool and fun. Super engaging guy. Definitely can tell he’s a New Yorker by the way he talks and carries himself. He was friendly off-the-bat. Commenting on my background set-up. I was shocked to find out he knew who Mandy Rose was?! Is he a wrestling fan? Should have stopped him and asked, but I did make a noticeable reaction.

I found Theo to be a very curious and intelligent guy. No wonder he’s such a good actor. Learned that he’s a history buff. He said he knew several of the facts I read out. Smart guy.

In Emily the Criminal he plays this very convincing con-artist who has all sort of cons and tricks up his sleeve. Theo had a lot of knowledge and opinions about fraud. He revealed the mindset people have and why it’s easy to be a victim of fraud.

Also, he spoke in-depth about the machine used in the film, but it didn’t make the editing cut I was given. Looking back I can understand why. Not something the public should be widely made aware about, especially for safety concerns, although I did appreciate his candidness and sharing of the information.

He also had high praise for Aubrey Plaza on her performance. Can’t argue with that, she was phenomenal in the movie, so was Theo Rossi. I wouldn’t be surprised if she received some awards season buzz for it.

EMILY THE CRIMINAL only in Theaters on August 12

Previous post Ryan Phillippe on Reboots of His Films

Next post <br>Emily The Criminal director on how he cast Aubrey Plaza and was there an alternate ending?