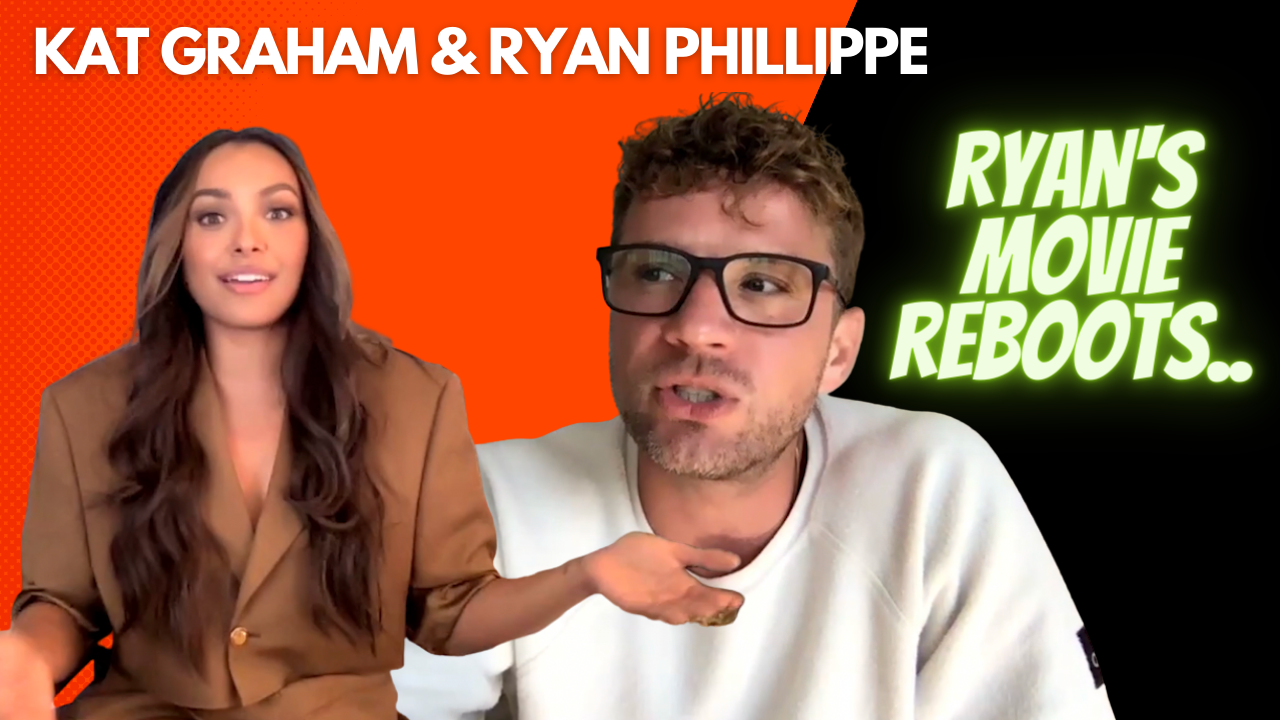 Ryan Phillippe is what they call a Hollywood leading man. He’s starred in numerous hits and blockbusters, acclaimed TV shows. He’s done it all. Kat Graham is no stranger to celebrity either. She’s a popular musician and actor. So how about having them share the screen together? Mission accomplished. That’s exactly what happens in the new thriller Collide.

I spoke to Ryan and Kat about working together on Collide. Horror date stories. Plus, what Ryan thinks about reboots of his popular films? Find out all that in the interview below.

Ryan and Kat were super cool. I was a bit surprised how nice and friendly Ryan was. Both were fun and easy to talk to. They got a kick out of my reaction to the movie, so that’s always cool. I liked the glasses look for Ryan, very casual and cool. Kat looked stunning!

So Ryan had a bit of a wi-fi issue, I tried editing around it. Looks like he was in his home. I asked both of them about dating stories of horror, Ryan said he didn’t have any (lucky him), Kat might be dating since she had more of a dramatic reaction, which I can certainly relate to. Still nothing compared to their characters in the film.

I had a recent conversation with Breckin Meyer, who is longtime friends with Ryan Phillippe. Breckin spoke about Ryan and him having a conversation about their movies being remade and how that made them feel old. I asked Ryan about his thoughts on his films being rebooted. He seemed genuine in his response and said he takes it as a badge of honor, which is a nice and classy response.

Kat and Ryan are great in the movie and the movie is really good, so make sure you check out Collide, which also stars Jim Gaffigan and Drea de Matteo.