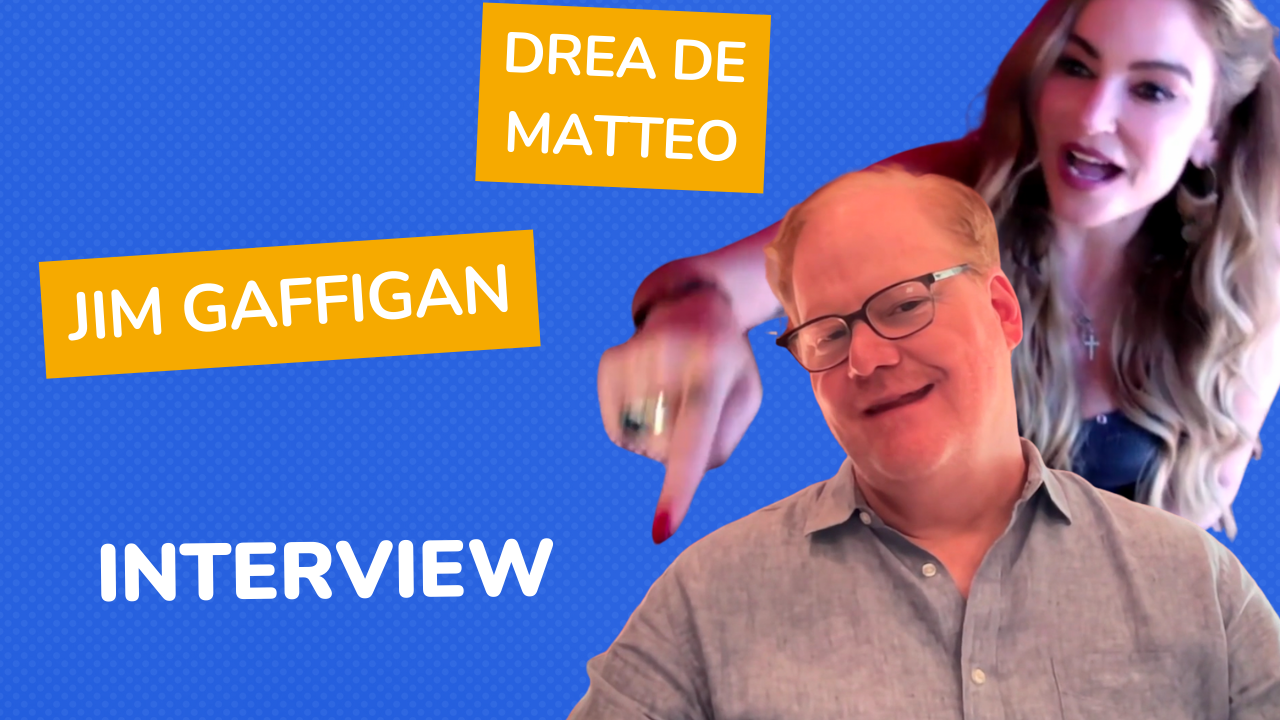 When you hear the name Jim Gaffigan you think stand-up comedian. Drea de Matteo is often associated with The Sopranos. Well, Jim Gaffigan has become one of the more talented actors in the industry, and Drea has had a tremendous career post-Sopranos. Their latest project has them playing a couple with marital problems in Collide.

I spoke to Jim and Drea during their press day for the film. They spoke about their characters. Did either of them (Jim and Drea) ever call into a radio station to seek advice. Plus, see their commentary about the cardboard cutout lady. You gotta watch the interview to understand what I mean by that. So check it out right below.

I interviews both Jim and Drea in the past. Jim on a red carpet a couple years ago and Drea a few years back at a Chicago comic con. Jim is more on the quieter shyer side. Kinda wild, considering he’s a comedian and a heck of a performer. Drea is very cool. She’s just a badass chick. What you see is what you get, she’s very nice though.

So I decided to ask Jim if he ever called into a radio station seeking advice since that’s what his character in the movie does. Jim never did from what he said, neither did Drea. Jim did ponder this question and gave it thought.

I loved how Drea commented on my cardboard of Mandy Rose in the background. Mandy is getting some attention these days on my Zoom background covering up the neon sign chords. Looks like she will be sticking around for a while. Heck she’s a good ice-breaker conversation starter at this point.

Make sure to check out Collide, it’s a really intriguing thriller with a great group of ensamble talent.

One thought on “Have Jim Gaffigan and Drea de Matteo ever called in a radio station seeking advice?”