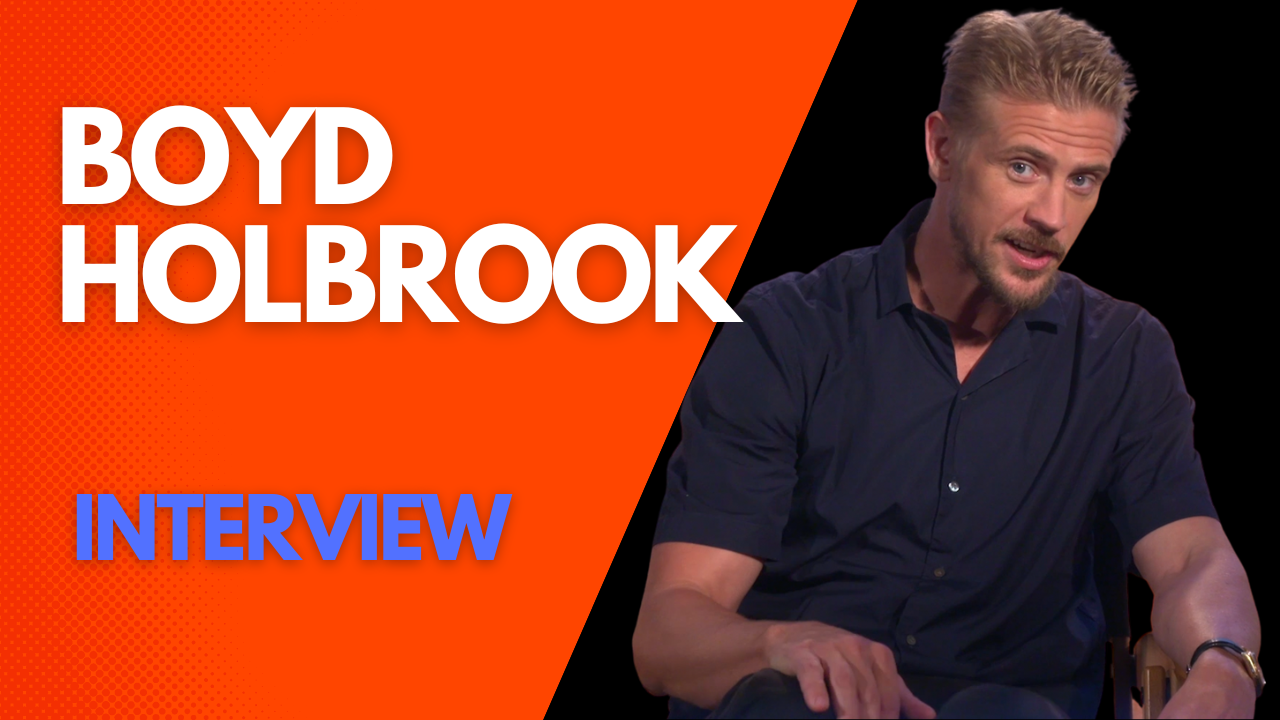 Boyd Holbrook is one of the better character actors in the industry. He’s got an impressive resume, working on films such as Logan, Gone Girl, The Predator, Narcos and the upcoming Indiana Jones film. His latest film is B.J. Novak’s Vengeance.

I spoke to Boyd Holbrook during the Vengeance press day. He spoke to me about working on the film. What characters reminded him of people he knew in real life. Avoiding not being typecast after starting out his career as a model. Plus, find out the wacky phone book names he has.

Boyd was very cool. He even has this aura of coolness about him. Personable, but also smooth. It was my first time speaking with him. Been a fan of his work, especially on films like Logan and The Predator. Very excited to see what they have lined up for him on the next Indiana Jones movie that he will be a big part of.

I asked him about the scene in the opening of the movie with B.J. and John Mayer where they talk about and share the odd names of their phone book contacts. It’s very true to life, I’m guilty of that. Boyd named some contact names and so did I. His were a lot more reasonable than mine, haha.

We had a back-and-forth joking around about the background on his Zoom with the burning cafe. That was a fun exchange. Boyd did mention that a person he knows that relates to a character in the movie is actually Ty, whom he plays. Ty is a really eccentric character, so I’m curious who Boyd is hanging with that reminded him of Ty? Either way, he nails the role.

Vengeance offers a nice genre bending blend. I found it to be enjoyable, entertaining and thought-provoking. B.J. did a fantastic job with it and cast really well. Look out for Ashton Kutcher in the movie, in a fun role.

VENGEANCE releases in Theaters on July 29