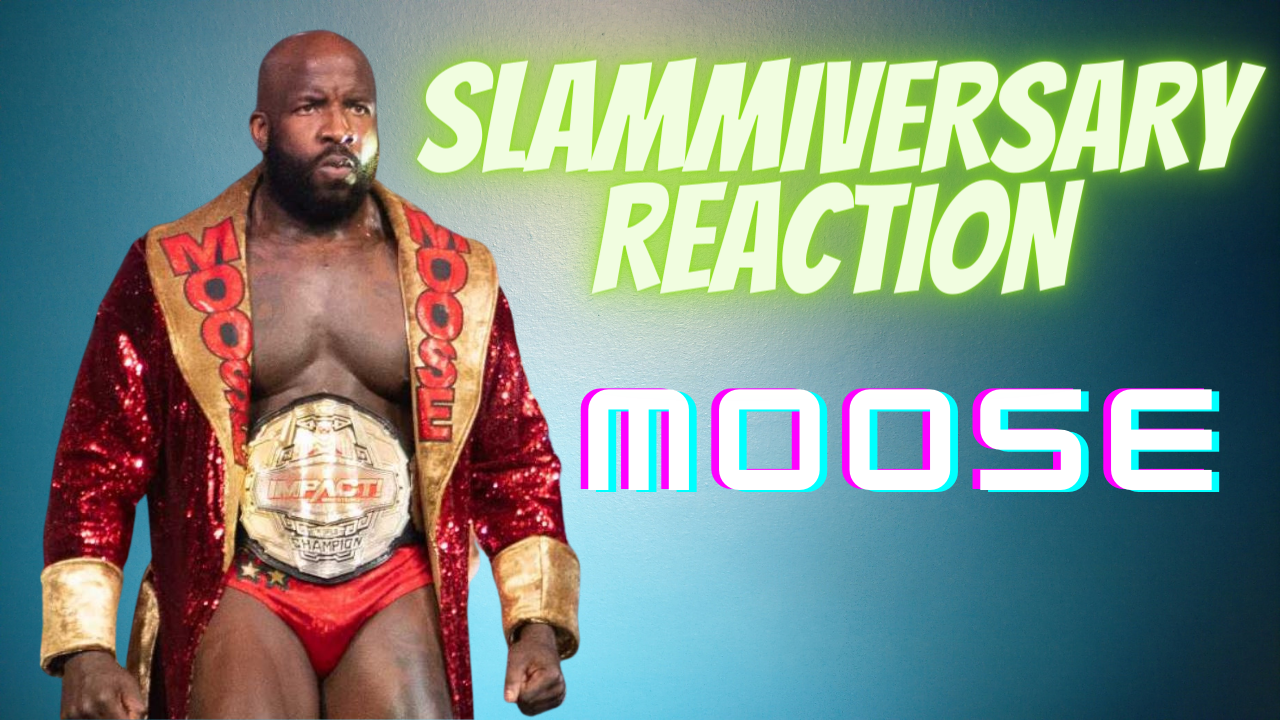 After a Slammiversary to remember, the 20th year celebration of IMPACT Wrestling was a hit show. One of the highlight matches of the night was Moose against Sami Callihan in a “Monster’s Ball” match. I spoke to Moose about the match and his reaction to Slammiversary.

We discussed his out-of-the-ring life and the summer movie season. Check out all that Moose had to say. The full interview below.

It was cool to catch up with Moose again. For those that might not have caught on, he was partially in character, mainly while discussing his match at Slammiversary and preparation for it. I can appreciate that. Keeping it kayfabe.

The match between Moose and Callihan was really good. Monster’s Ball is known for its brutality and that it was. Both men took a lot of punishment. Kudos to both men for bringing it and delivering.

Movie talk with Moose is always a good conversation. He’s a big comic-book fan, so he knows his stuff. Clearly he’s a fan of the Scarlet Witch depiction in the recent Dr. Strange. I agree with his assessment.

Previous post Jonathan Rhys Meyers on Not Being an Elvis Fan, the New Elvis Movie and The Most Interesting Take on Elvis You’ll Ever Hear

Next post Enter to Win a Blu-ray Copy of ‘Downton Abbey: A New Era’