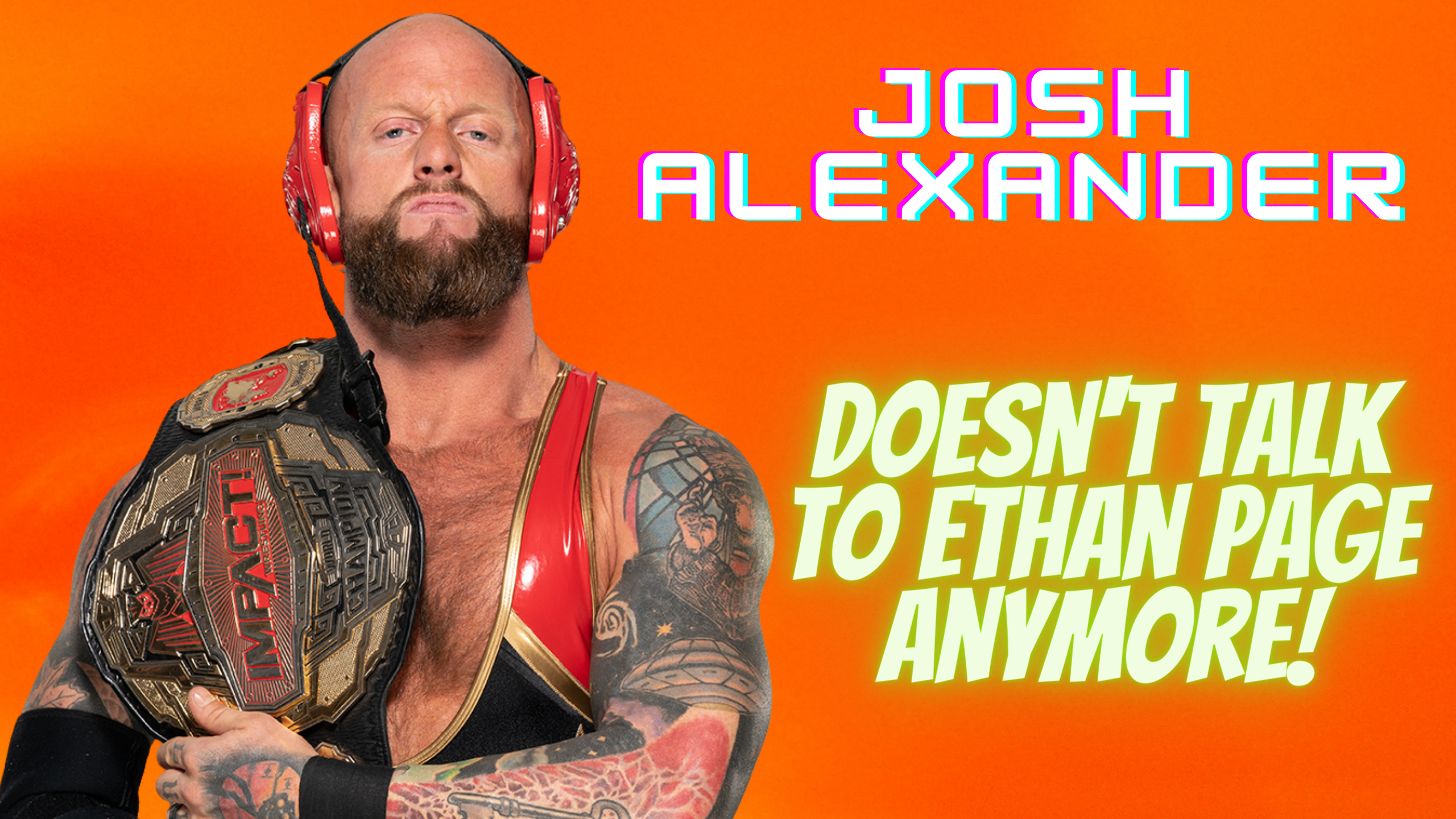 Josh Alexander’s journey has been one for the storybooks or a great movie script. Overcoming countless obstacles to reach the mountaintop of professional wrestling. The champ just successfully defended his title against Eric Young at Slammiversary and is set to continue taking Impact to new heights.

I spoke to Josh about his title run in IMPACT. We got into unionization in professional wrestling. His tag-team run with Ethan Page. Plus, movie talk. Check out this insightful interview with Impact’s top guy.

Josh was super cool to chat with. Such a chill nice dude. I’m very happy for his success. Check out and Google his story if you haven’t heard it, quite unbelievable. We got into the topic of unions in wrestling. Josh made some excellent points on it. I thought the idea of having it be similar to actors and SAG cards was a really insightful point. Although ultimately he doesn’t foresee wrestling having a union. That’s unfortunate that wrestlers are just independent contractors, a union would be a game changer.

I thought it’s super cool that Josh can be a world champion wrestler and also work a construction job. Hard labor and work is at his core and it translates to his in-ring character. That’s really smart he’s looking out for his family and is provided with the necessary insurance that he can’t get in wrestling.

So Josh Alexander had a successful run with Ethan Page as a tag-team and those two are often linked together. I was shocked to hear that they don’t talk anymore. Not sure what the fallout was or if it was reported prior, but that was news to me.

We share the love of movies in common. Josh was impressed with Top Gun: Maverick. I loved it also. We both want to see Elvis. He’s not a superhero movie fan, so guess the superhero talk with Moose won’t be a thing.

Finally, we got into NBA talk. Josh is a huge NBA guy. I’m a big NBA fan, so this was a fun conversation. Obviously being from Canada he’s a Toronto Raptors fan. Josh has legit NBA knowledge so he made an interesting point about Kevin Durant not being a trade match with the Raptors, to which I agreed with.

Fun time chatting with Josh Alexander, my namesake. Looking forward to connecting with him again, hopefully as soon as next month when they visit Chicago on August 12 and 13th.

IMPACT Wrestling heads to Louisville on July 15 and 16th. Tickets for the IMPACT shows at Old Forester’s Paristown Hall in Louisville