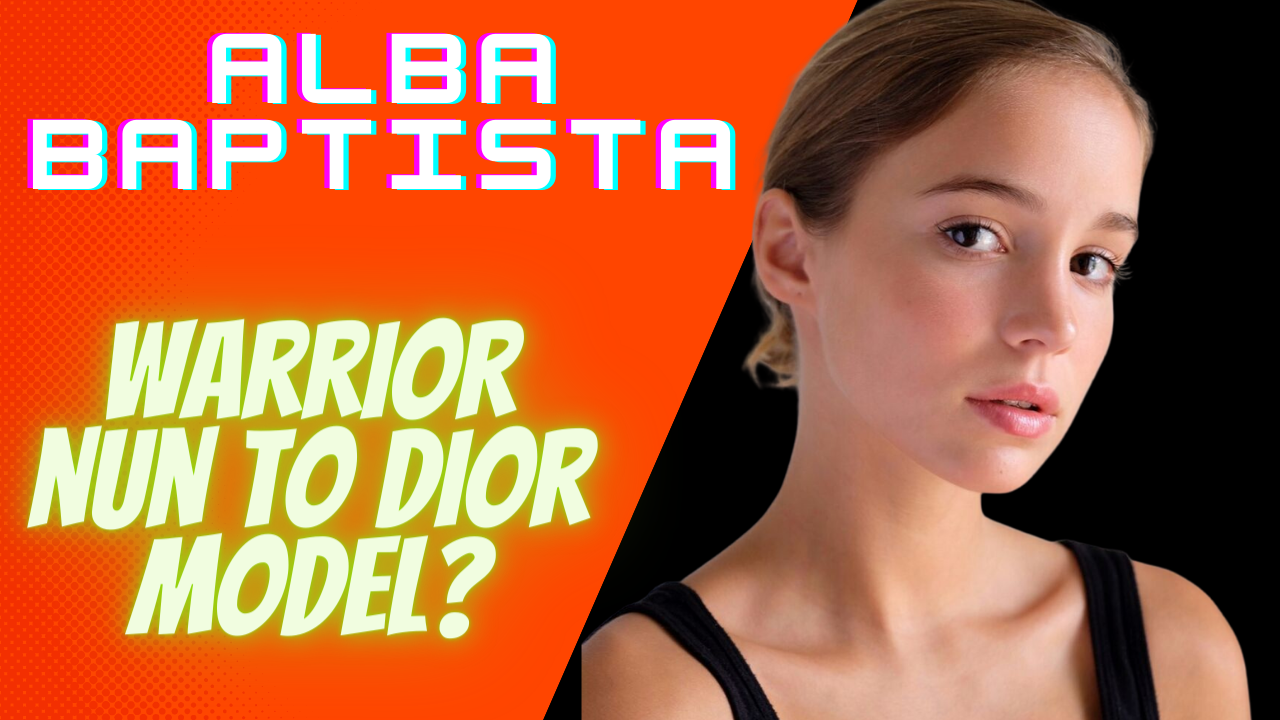 Alba Baptista is one versatile actress. From kicking ass in Netflix Warrior Nun to being the face of Dior in Mrs. Harris Goes to Paris (she legitimately could be a model the face of Dior), Baptista has shown range and versatility in Hollywood already at the age of 24.

The Portuguese beauty stars in Mrs. Harris Goes to Paris (out on July 15). I spoke to her about her role in the film. Going from Warrior Nun to a Dior model. Plus, does she think she has a chance to become the second most famous Portuguese person behind Cristiano Ronaldo? Check out the full interview with Alba below.

Alba was cool to talk to. Her beauty is mesmerizing for sure, even through Zoom. She did have some quick responses, so that kept me on my toes during the interview. She did seem like she was engaged, but maybe kinda shy? I don’t know, first time talking to her. Curious to know what you guys think?

I made her laugh with my busted nose comments, so that was fun. She spoke about wearing a Dior dress from the 50’s, I asked if it compares to something cool like wearing Superman’s cape, to which she agreed.

So Alba’s birthday is so close to the release of the film, that must be a neat experience. She also shared her usual birthday plans which involve cooking for friends/guests and hanging out by the water in Portugal. Sounds pretty cool to me.

At only 24 years old, Alaba is barely scratching the surface of her career. There is no reason why she can’t become a major star. For some reason she reminds me of Ana de Armas (maybe natural beauty and talent and being foreign?), so she can have a similar successful career as Ana has.

I was also very impressed with Alba’s English. It was so fluent and barely could notice any accent. Had I not known, I would have figured she was born in the US. Looking forward to seeing where her career takes her.

Next post Crimes of the Future Release Date Announced