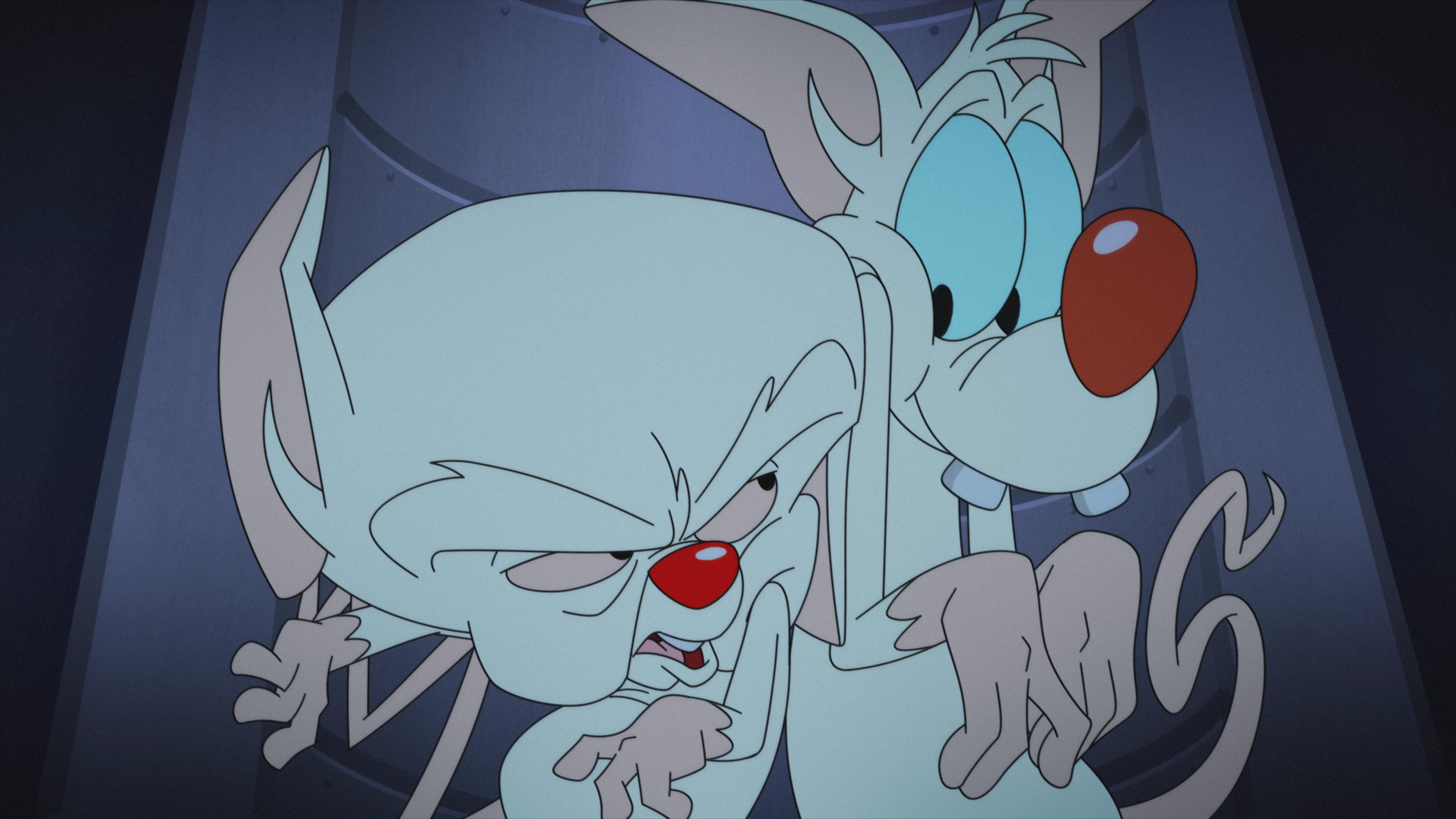 I had a chance to speak to the voices behind Pinky (Rob Paulsen) and Brain (Maurice LaMarche). The guys spoke about the new version of the show and looked back at the original series.

Rob and Maurice are truly a dynamic duo. It’s immediately noticeable in talking to them. Great repertoire. They are Pinky and Brain, can’t imagine anyone else voicing them.

Once again, I was joined on the panel with fellow journalists Michael, Brett and Tessa. They asked really good questions, clearly they were real fans of the original show also. It’s cool being paired with people who share a similar interest.

So I didn’t see the episode back in the OG version of the show where they introduced a third mouse to the equation. Gotta go watch it back, but thanks to Maurice and Rob for filling me in on it.

Also learned that Harold Ramis was an inspiration for Brains voice. Pretty cool.

Previous post “Animaniacs” Actors on Returning for the Reboot and What Happens in a Wakko Warner vs. Ironhide Crossover?!