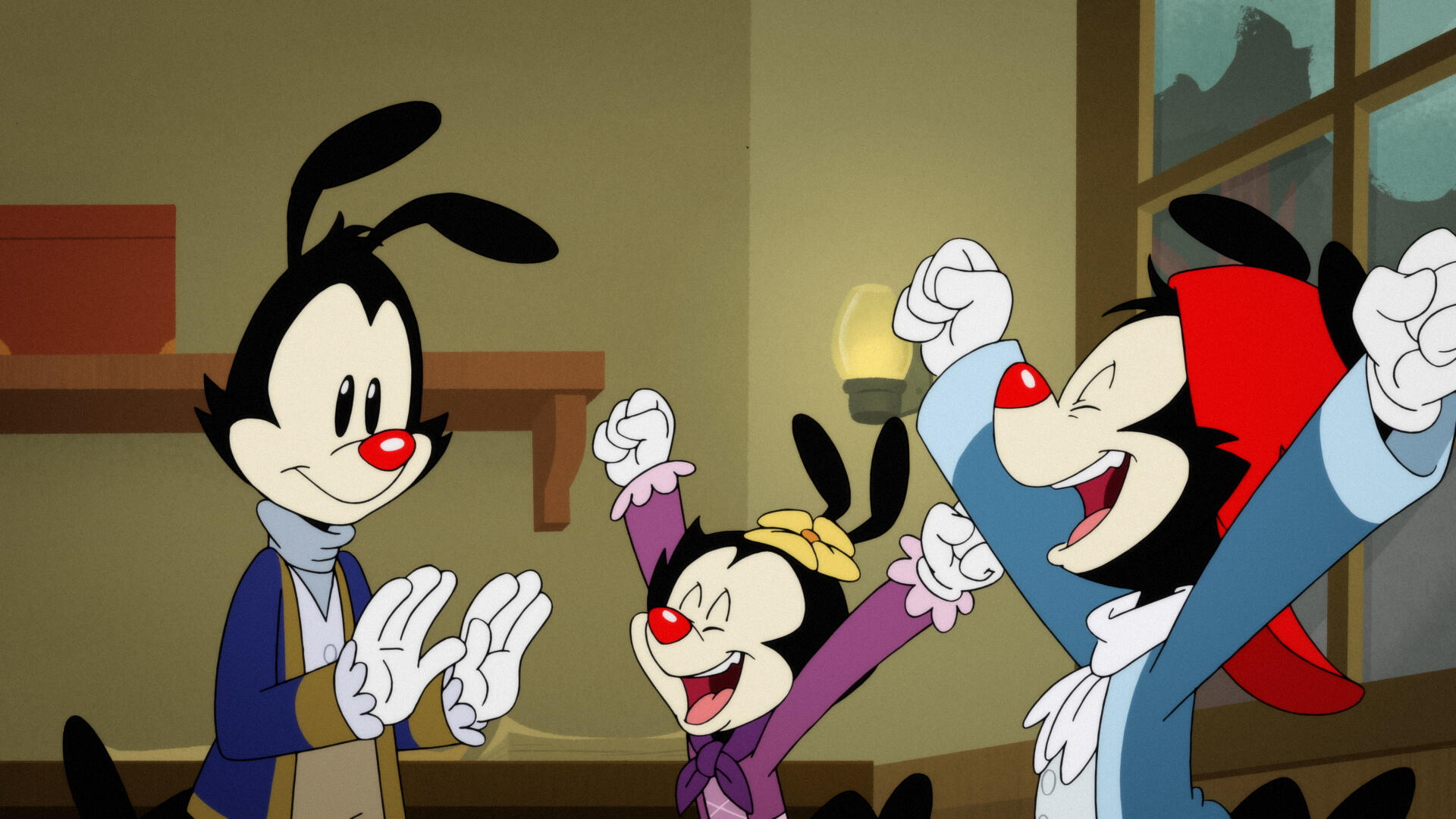 The Animaniacs are back! It’s been over 25 years since we were introduced to the Wakko, Dot and Yakko Warner. The new Hulu reboot of the Animaniacs is entering season two.

I had a chance to speak to Tress MacNeille (Dot), Jess Harnell (Wakko) and co-executive producer of the show, Gabe Swarr. They spoke about the new incarnation of the show and how they are connecting with the old and new audience.

This was a fun convo. The cast was very animated and full of fun and energy. I can totally see the characters rubbing off on Jess and Tress. They even had a few responses in Wakko and Dot voices, which was cool.

I was joined on the panel with a few other cool journalists whose voices you hear (Michael, Tessa and Brett), who asked some really good questions. I asked about the new fans that weren’t possibly born when the show debut. Tressa and Jess had some thoughtful answers to that question.

I absolutely loved the response Jess gave to my question about the Wakko and Ironhide (Jess voiced the character). It was an epic “what if” answer.

Animaniacs are back and just as good as they ever been, much thanks due to Jess, Tressa and Gabe.

One thought on ““Animaniacs” Actors on Returning for the Reboot and What Happens in a Wakko Warner vs. Ironhide Crossover?!”

Next post Interview: “Pinky and The Brain” Actors on How They Would Take Over the World