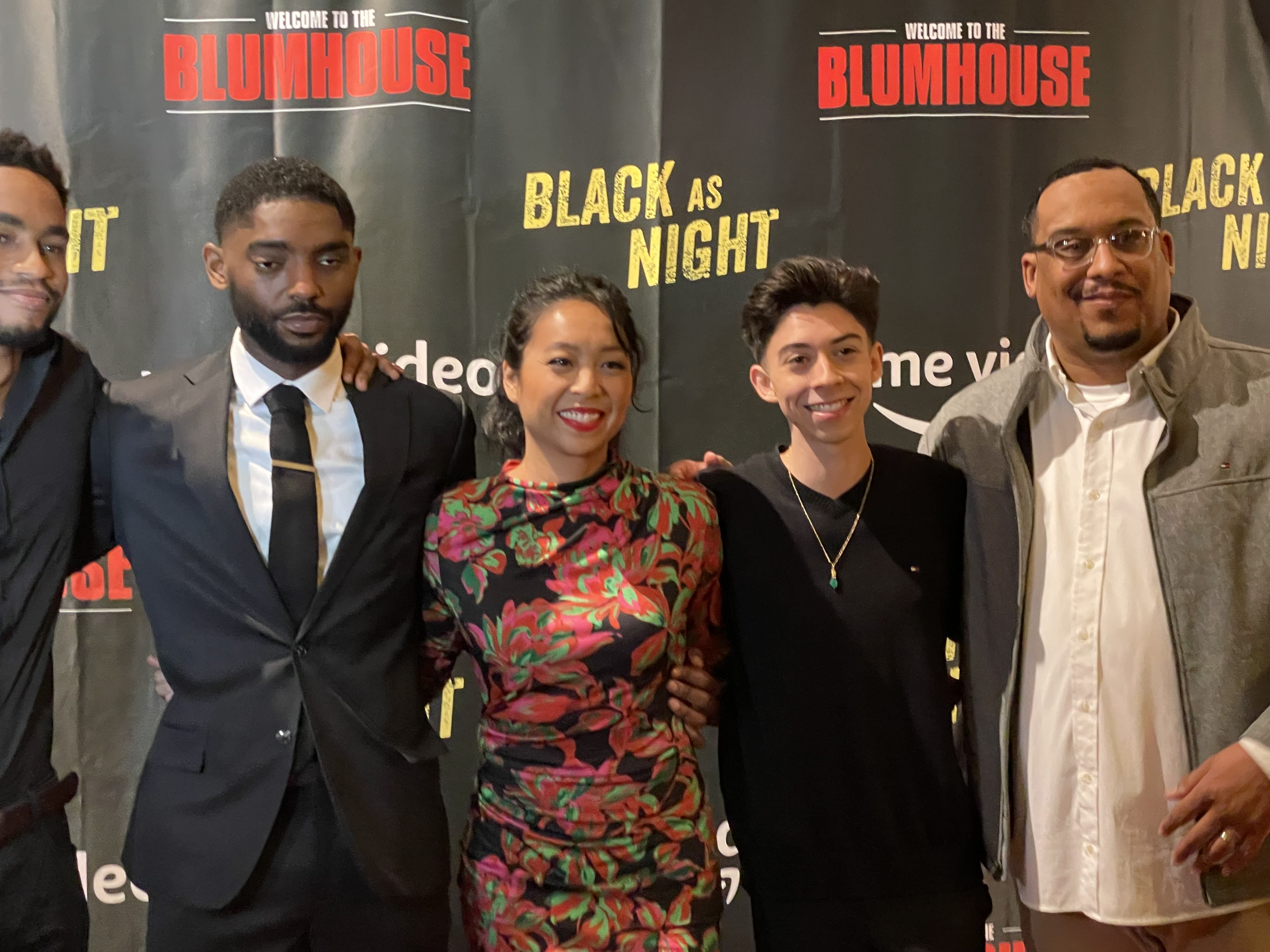 Welcome to the Blumhouse everyone! No seriously, that’s the name of the Blumhouse brand of original movies. This new slate includes the vampire flick Black As Night. The filmmakers and cast were on hand at Chicago’s Music Box Theater for the premiere.

I had a chance to attend the red carpet, screening and the post-movie Q&A. Attending the premiere was screenwriter Sherman Payne, director Maritte Lee Go, and actors Craig Tate, Fabrizio Guido and Mason Beauchamp. They spoke to me about the film and their experience working on it, plus much more.

It’s been a while since I’ve attended a premiere in-person. This was a fantastic opportunity. I’m happy that they premiered the film in Chicago. It was a small and intimate red carpet, but personally that’s how I like them best. Easy access to the talent, more time with them, lot more personable and easy going.

Unfortunately the star of the film Asjha Cooper wasn’t able to attend, but there other main actors were there. Fabrizio Guido (great name) stole the show. The crowd went nuts when Fab came up on the stage, not to mention people were laughing and reacting every time he appeared on-screen. He had such a funny and entertaining character.

Everyone I spoke to from on the carpet was great. Seemed like a fun and down-to-earth group. Just by observing them on and off the carpet I could tell the actors got along great and have become friends. Fab and Mason shared some laughs. Craig and Mason posed for selfies together and joked around. It was a cool upbeat vibe being around them. Sometimes the talent isn’t that excited to do the red carpet and attend the screening, but everyone here seemed genuinely into it and happy to be there, which was cool.

The story of Mason and Fab’s push-up contest was the talk of the carpet and then the Q&A after the screening. Lesson learned, don’t do push-up challenges on-set, because it could end up in an unfortunate way like it did with Mason busting his chin and bleeding!

I had a fun time at the premiere. Fun carpet and enjoyable screening and Q&A. The movie was equally enjoyable and entertaining. A new modern and urban take on the vampire genre.

One thought on “Premiere of Blumhouse ‘BLACK AS NIGHT’: Director and Cast Share Stories From the Set and Vampire Talk”

Previous post Interview: Tim Blake Nelson Shares His Views on Being a Lead Versus a Supporting Actor