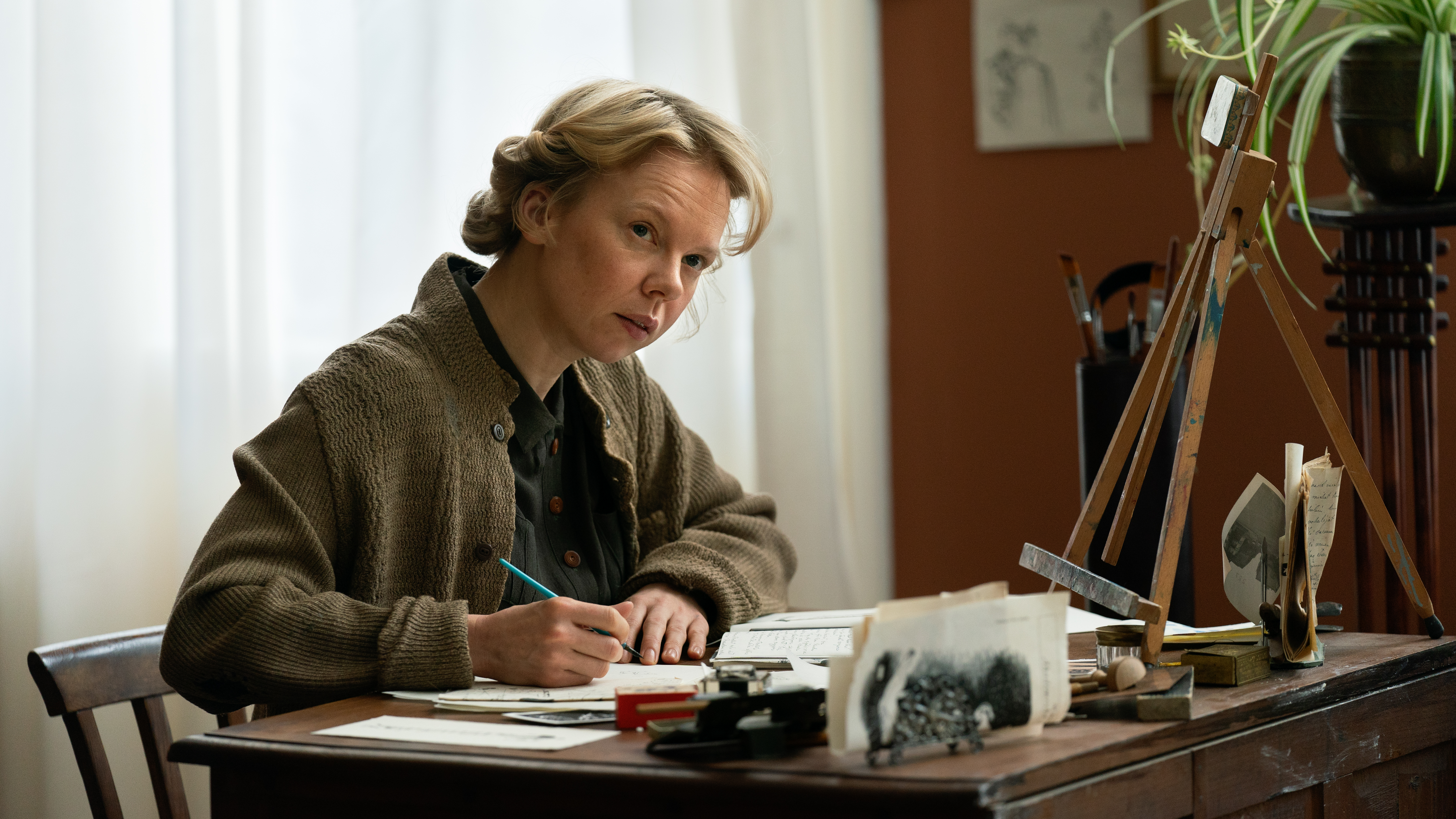 Many kids around the world grew up with the Moomins. I was one of those kids. Growing up in Poland, the Moomins were a staple of my childhood. I loved the Moomin cartoons, but wasn’t aware of their origins in comic strips and novels. Enter Zaida Bergroth’s new film, Tove. Based on the life of the Moomins creator Tove Jansson.

I had a chance to speak to Zaida about the film. She spoke about what the Moomins meant to her personally. She discussed the interesting life Tove Jansson and how she created the Moomins. Plus, why actress Alma Poysti was the right person to play Tove.

It was pretty cool that Zaida was able to join me on the Zoom all the way from her native Finland. Especially considering the time difference. She was very nice. Prior to seeing the film, I wasn’t aware of Tove. She certainly seemed like a woman ahead of her time. The film depicts her complex personal relationships and love life.

Zaida grew up on the Moomins, and being from Finland she was aware of the iconic status Zaida had. Zaida was clear that Tove wanted to be a great artist and the Moomins were not her life’s passion work. It’s as if she was envious of them and the success she achieved for them and not her artwork. I described it as a possible love and hate relationship she had with the Moomins and Zaida agreed with that assessment.

I asked Zaida about Tove’s love life and if she ever felt loved. She had a unique relationship with a woman named Vivica. Zaida had an interesting answer and felt Tove was happy, especially later in life when she had a partner named Tuulikki. That felt satisfying and comforting knowing that she seemed to have found love and happiness.

Even though there isn’t much action and the film is pretty slow, it’s a really interesting watch and story of one of world’s greatest authors and artists. I definitely recommend the film.

Juno Films will release TOVE in theaters starting on June 3, 2021