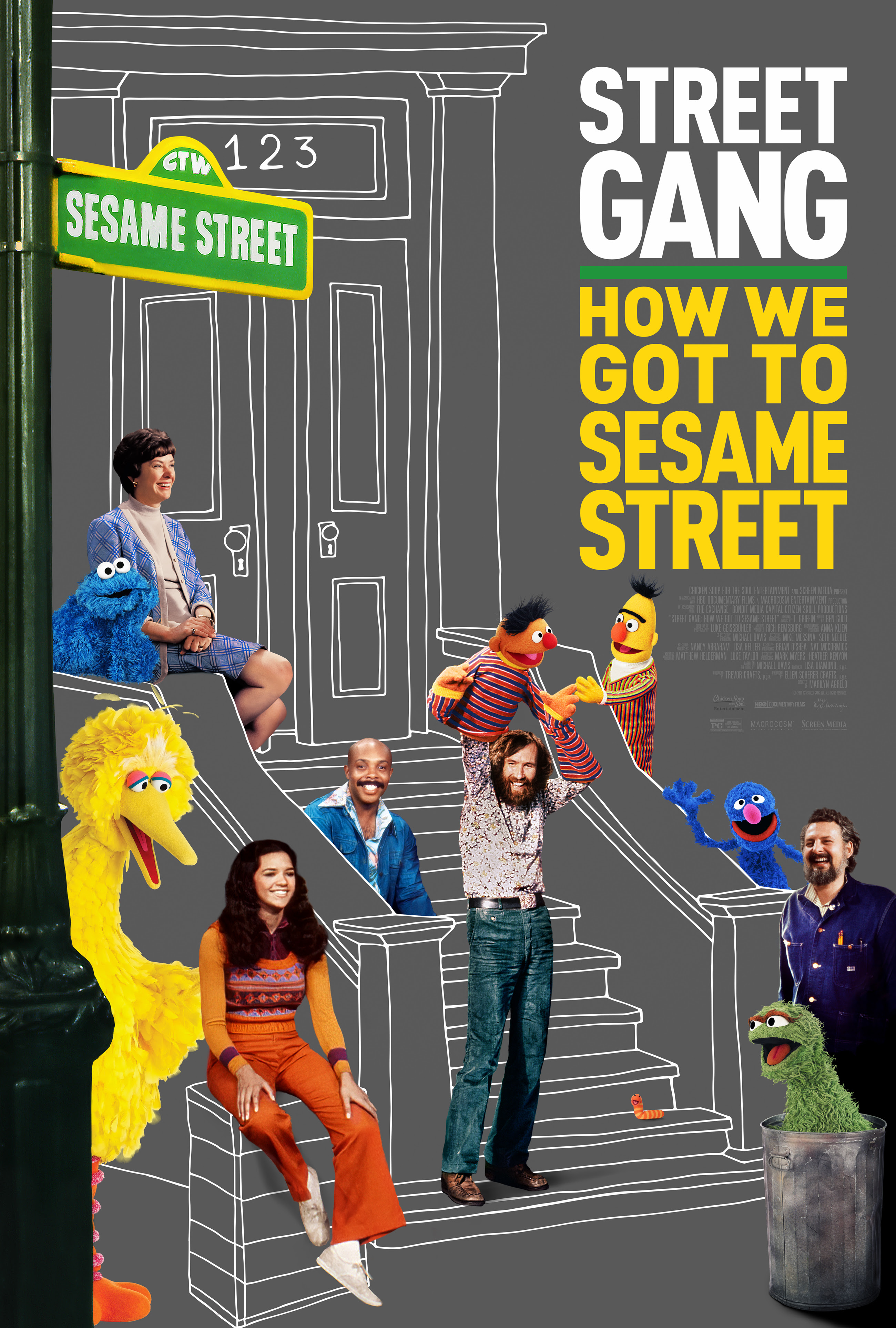 There is no denying that Sesame Street is one of the most iconic shows of all time. Probably the top children’s programming show ever created. It’s incredible that it’s been on air for over 50 years! How did this groundbreaking show come to be? Who were the people behind it? The Street Gang: How We Got to Sesame Street documentary has all those answers and many more.

I had a chance to speak to the people behind this documentary. Director Marilyn Agrelo and producers Trevor Crafts and Ellen Scherer Crafts. They discussed the documentary in-depth and the creators of the show got to Sesame Street.

This was a really fun interview. Marilyn, Trevor and Ellen provided some great answers and had fun with the questions I asked them. My favorite part was when I asked Ellen about Trevor producing a Charles Manson film. Their reaction was priceless. Everyone cracked up over it. It was a great moment.

The documentary is based on a book by Michael Davis. The footage used in the film and the interview clips from the likes of Jim Henson were like hidden treasures being discovered for the first time.

The history of Sesame Street is one of a kind. This film does a fantastic job introducing you to the people that were instrumental in the creation of the show. Just terrific work on this doc.

Would you like to see Ellen, Trevor and Marilyn team-up for a Pee-Wee doc? I would love to see that!

STREET GANG: HOW WE GOT TO SESAME STREET releases On Demand on May 7