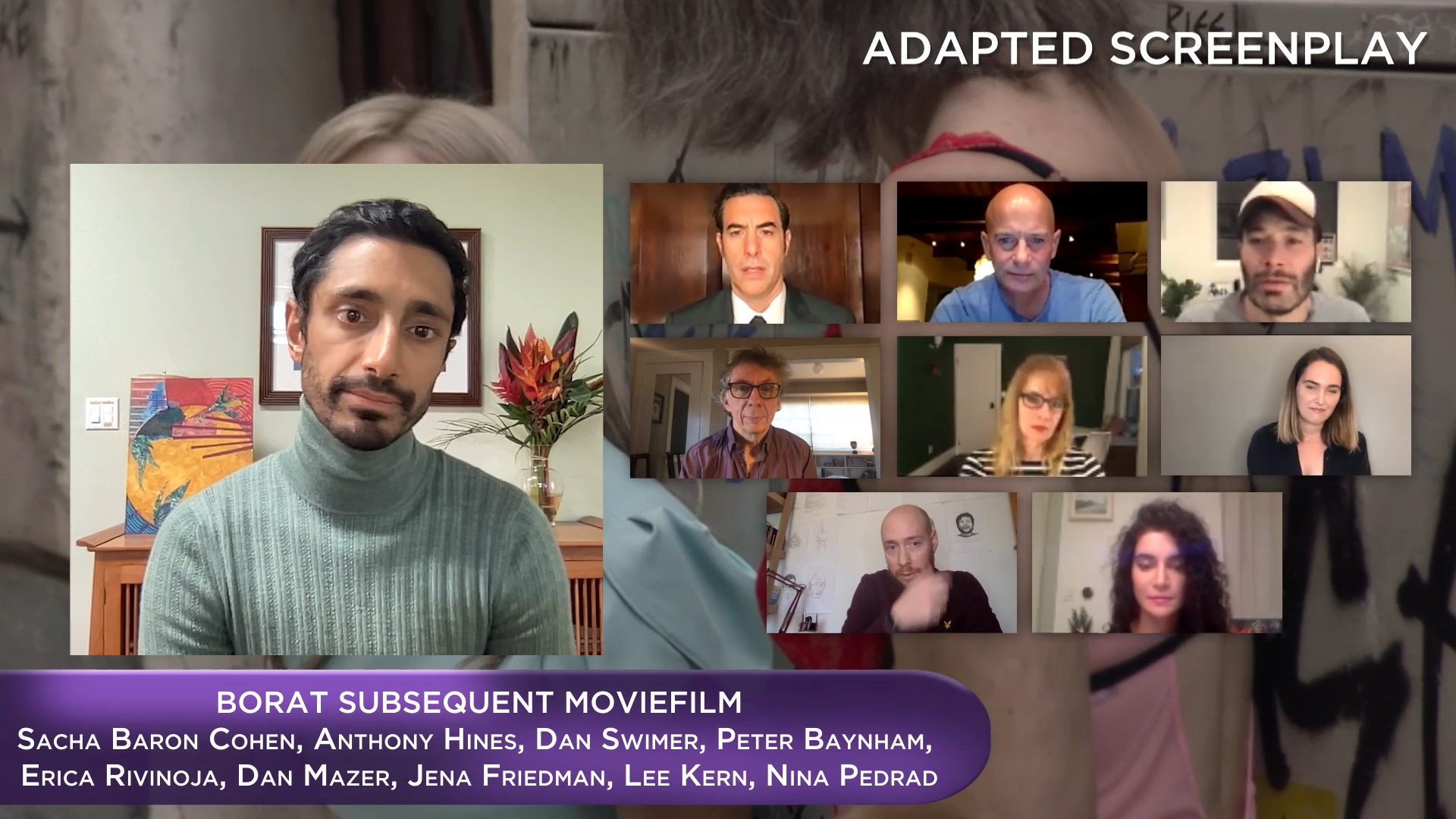 The 2021 awards season will be remembered as the most unique one ever. Due to the coronavirus pandemic the world has been shut out and shut down in so many ways. It’s affected us on every scale. Hollywood has also felt the major impact from COVID-19, and everyone is still adjusting and hoping to work its way back to a new normal. Due to all this, the 2021 awards season has gone mainly virtual.

I was present and on-location at the 2020 WGA Awards and it was a blast as usual. This year offered a whole new way of taking in the show. It was all done virtually. Every participant was from the comfort of their own home. So how did it go? Was it a success? Failure? Weird? I’ll dive into that now…..

The virtual awards have been a first for everyone. We did get to see a preview of it prior to the WGA’s with the Golden Globes and Critics Choice Awards that aired prior. I felt they did a solid job, based on the circumstances. It certainly didn’t have a grand feel to it. The buzz has been lacking for this awards season. The experience in itself (as a viewer) has been interesting. For the most part it’s done the job. There have been noticeable glitches and Zoom issues from the recipients.

As it pertains to the 2021 WGA’s, I felt it was a simply, yet nicely executed show. Aside from the Critics Choice which ran for 3 hours, for whatever reason. The WGA’s went by quickly and productively. I enjoyed Kal Penn as the host (from home). Think he was his usual charming self and even changed things up with outfits and locations in his home. Keeping things interesting.

Since we are talking about writers here, I felt this awards show was the most casual one I’ve seen this year. I liked it actually. You’re at home, just keep it real, and they did. I wanted to point out how tough it is for hosts this year to lay down jokes virtually. Kal Penn had some really good zingers, but you just have to privately laugh and chuckle without seeing the reaction. That’s a hard role for comedian/host. I give them lots of credit for putting themselves out there to an empty room without instant gratification.

The big winners of the night were Emerald Fennell, who won Best Original Screenplay for Promising Young Woman. I was really happy to see Emerald win. PYM was my favorite film of the year and her writing was pure genius. That’s what an “original” screenplay should be all about. Unique, interesting, exciting and memorable. All things which Emerald delivered on with this film. Rightfully and deservingly won award. Great job voters.

Borat’s Sasha Baron Cohen was a big winner on the night. Sasha and the team behind Borat Subsequent Moviefilm won for Best Adapted Screenplay. The movie was a big hit for Amazon and has garnered great regard this awards season, with Maria Bakalova winning a Critic’s Choice award and being nominated in several other awards shows. As for Sasha, his name has been also linked to The Trial of the Chicago 7. It’s been a huge year for Baron Cohen.

Speaking of huge years. Who saw the success Jason Sudeikis would have with Ted Lasso?! Sudeikis was due some major recognition for his fine work over the years, but I didn’t suspect Ted Lasso to become the phenomenon it has been. Ted Lasso won for BOTH Best New Series and Comedy Series. If you witnessed Sudeikis’ reactions, you’d notice he feels the same probably. Good for him and the the show getting the recognition. Apple TV+ has been in the game for just one year and they already have a major hit show on their hands.

HIGHLIGHTS OF THE SHOW:

I mean come on, it has to star with Amy Sedaris with the Monkey Huckleberry! How fun was that. It’s this kinda stuff that makes it the one big positive of the virtual aspect, you get memorable at-home moments like these that otherwise wouldn’t have been possible in an in-person show.

How about Daveed Diggs and his scruffy curly haired pup? That was really cute.

Kal Penn is his UCLA hoodie and pajama pants anyone? Haha

How about the style? Rachel Brosnahan! Ryan O’Connell. The always stylish and classy Leslie Odom Jr. are just few of the many who showed up and showed out.

I enjoyed the show. Thought it had a lot of personality, flavor and diversity to it. Not that I’d want this to be a yearly thing virtually, but it was good for the current times. Well done WGA!

Previous post Eden Brolin Talks Growing Up in a Famous Family, “Yellowstone” and Why She Chose to Become an Actress

Next post New Blu-ray Release Recommendations of the Week