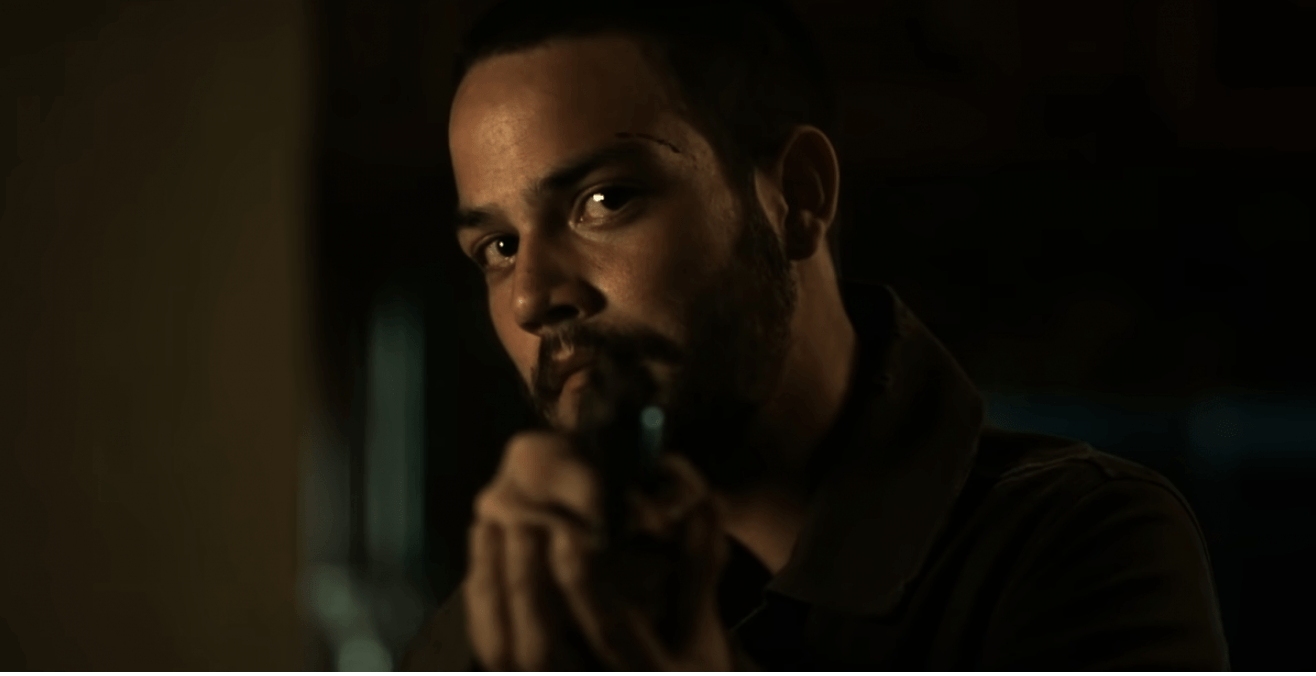 Daniel Zovatto has been climbing his way to stardom. Starring in hit indies such as It Follows, Don’t Breathe and Lady Bird, plus his leading role in on Penny Dreadful: City of Angels. Needless to say, Zovatto has come a long way from his humble beginnings in San Jose, Costa Rica.

Zovatto can be seen as the lead in Cameron Van Hoy’s crime thriller, Flinch. I spoke to Daniel and Cameron about the movie. What was their experience working together on it. The friendship they formed. Cameron reveals Danny’s secret skills. Danny discussed his previous roles in It Follows and what he wants to achieve from his acting. Plus, much more.

These guys were a blast. I was originally supposed to interview them separately, but fortunately Cam joined in while Danny was finishing up his interview and they both stuck around to chat. It was a lot of fun. Danny was very transparent and authentic. Cam was very similar. I can see why they both bonded and become quick friends.

So apparently Danny is quite the good shot. Seems fitting for this role and film. The guy is full of surprises and unique skills. Cam knew a ton about Danny and shared many of the things he knew about him. Which was fun to hear and watch them react to.

It was cool to hear them talk about how they met over lunch to discuss the film and how they hit it off. Cam certainly noticed the talent and versatility of Danny as a performer. They both seem like real dudes with a variety of interests outside of the industry.

Danny delivers in Flinch. He plays a hitman with a unique relationship with his mother. It’s an entertaining movie and interesting role for Danny. I liked the film, especially for the look of it, but even more so for soundtrack by Miami Nights 1984. It’s one of the coolest soundtracks in a film, I’ve heard in awhile.