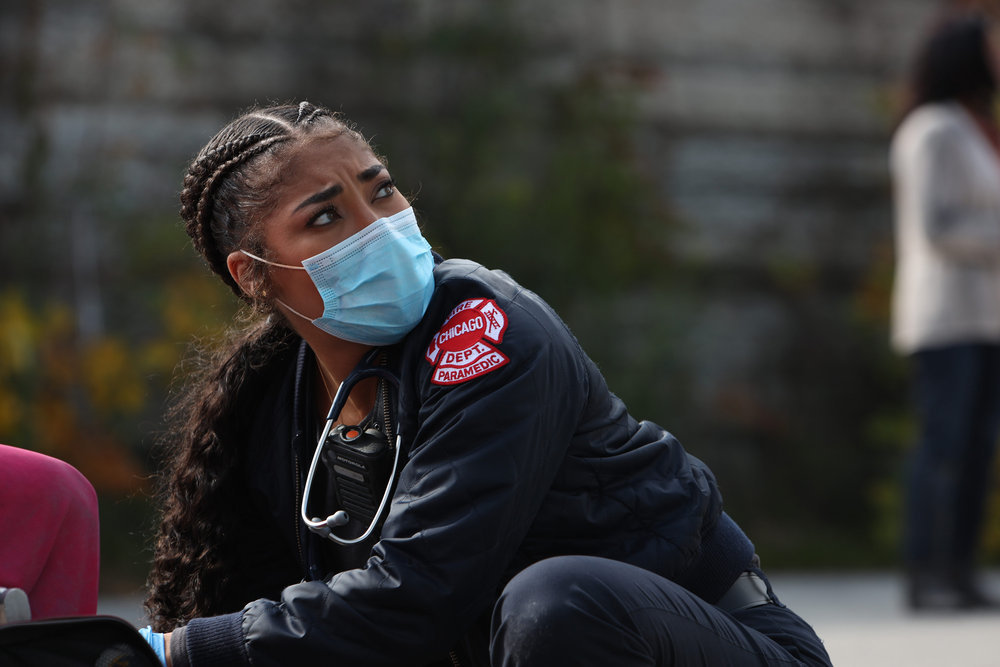 Chicago Fire is one of the most popular and longest running shows on network television. It entered it’s 9th season in November and it’s not slowing down. If you’re a fan of NBC’s “Chicago Wednesday’s” you probably familiar with Gianna Mackey, who is played by Adriyan Rae.

I spoke to Adriyan about being part of the “Chicago” crew and working in the city of Chicago. Adriyan opened up about her friendship and loss of mentor John Singleton. Get to know Adriyan in this interview.

I loved talking to Adriyan. She was super sweet. I appreciated how transparent she was. So easy to talk to. She really opened up and even showed some real emotion when talking about John Singleton. That was a powerful and very real moment.

Her character Gianna Mackey is set to get a bigger focus this season from what I’ve heard and seen to this point. I’m glad, because Adriyan is a heck of an actress. The Chicago shows are always going to be special to me, being from here and seeing it film around the city quite often. Those shows are legitimately part of the community.

The conversation we had about John Singleton was special. Prior to speaking to Adriyan, I didn’t know they were this close. She was so genuinely complimentary of John and how much he helped her. I mean to have a mentor of that stature is something special. Seems like she was aware that he wasn’t feeling well prior to his passing, but it caught her off guard and shocked her as it did many of us.

Seeing Adriyan shed tears and become emotional was one of the most powerful moments I have witnessed in an interview I have done. It was so raw and real.

I must admit, I was kinda caught off-guard by her beauty. She is just so stunning and has those beautiful eyes. I had to mention it to her. Talent, beauty and a phenomenal personality is what makes Adriyan a special individual.

Next post Getting to Know CW’s “Trickster” Star Joel Oulette: Talks About Behind-The-Scenes of the Show, Indigenous Representation & Possibility of Season 2