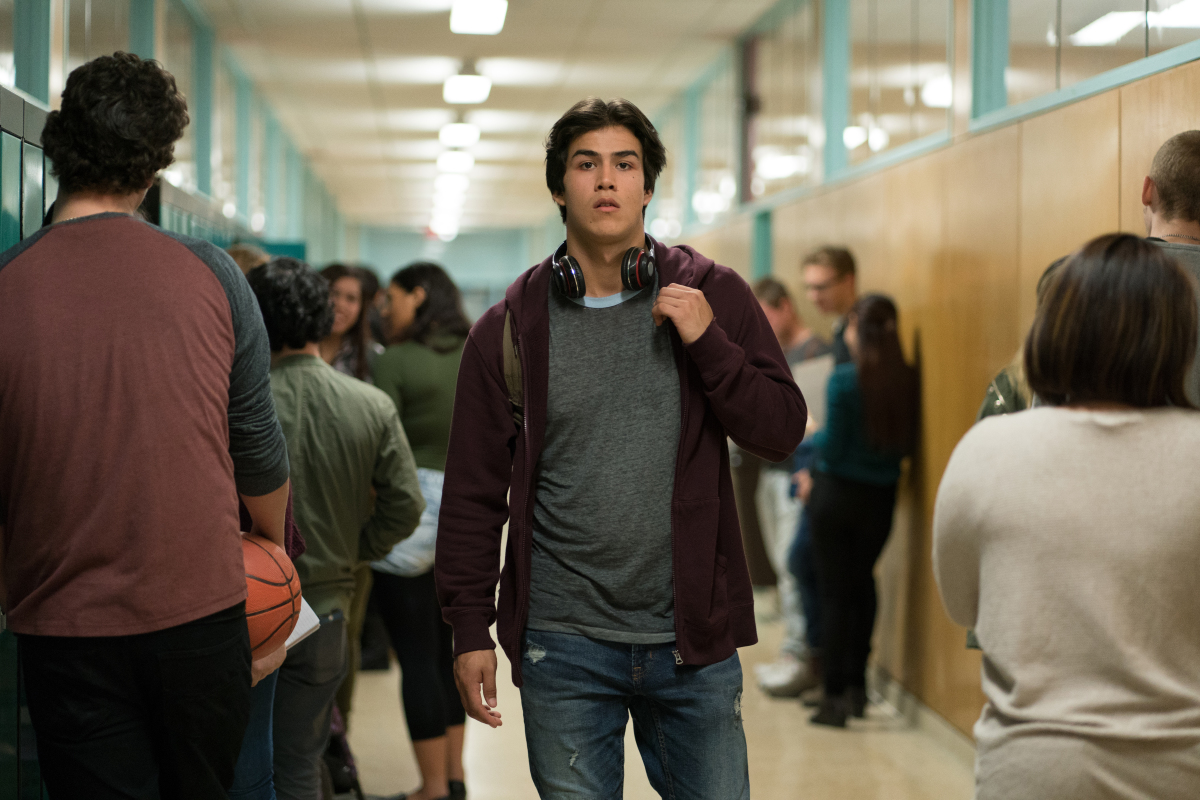 On January 12th, American audiences will get a treat on the CW. The premiere of the Canadian (CBC) show Trickster. The story of an indigenous teenage boy whose life struggle takes an added twist when a mysterious man reappears in town barring many secrets. The boy is played by Joel Oulette, who is the star of the show.

I had an opportunity to speak to Joel about being the lead of the show, that’s received rave reviews in Canada already. Joel spoke about the unique atmosphere of filming Trickster. Does he believe the supernatural? He shares behind-the-scenes stories. The Indigenous representation on the show. Will there be a possibility of a seconds season? What’s his favorite hobby? Find out the answers to all those questions below.

Joel was a damn blast to talk to. Super cool dude. Very chill. Easy to talk to. Engaging. I can’t believe this was one of his first interviews. He came off like a real pro. Just a regular guy with zero ego. Which is my favorite thing about him.

I really enjoyed the show. It’s fantastic. I was able to only view the first two episodes and I assure you that you’re all in for one hell of a ride. It has all the elements you’d want, mystery, suspense, supernatural elements, good acting and plot.

It was really cool to see that majority of the cast is Indigenous. Unfortunately, we don’t get to see these people in television shows or movies. I’m glad this show proudly features them.

We had some good banter and laughs about some of the things his character Jared does on the show. Jared has a lot of depth in his character on the show. He’s easy to like and relatable. I also liked his buddy “Crashpad,” he’s a trip also.

Joel spoke about the origins of the show and how it was based on the novels by Eden Robinson. I wasn’t initially aware of that. So I also learned that Joel is a gamer. Which we can certainly both bond over. I certainly hope there is a second season or additional episodes. I just feel six episodes will have me wanting more! Let’s make this happen.

This kid is gonna be a star. He has all that it takes. The look. Personality. On-camera presence and charisma. Best of all, he seems like a real good, humble and genuine guy. It was a really fun interview for me, hope he had a good time and gets used to these, I have a good feeling he will be doing plenty more of them in his career.

2 thoughts on “Getting to Know CW’s “Trickster” Star Joel Oulette: Talks About Behind-The-Scenes of the Show, Indigenous Representation & Possibility of Season 2”

Next post Enter to Win a Blu-ray Copy of ‘Synchronic’