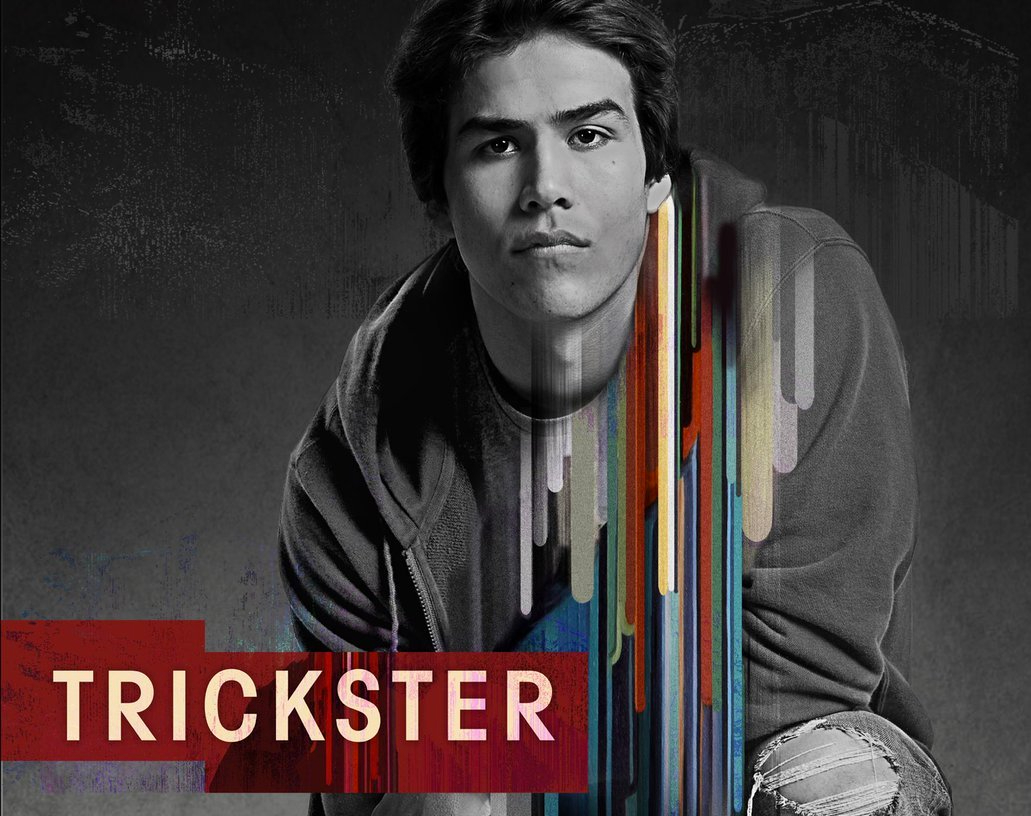 Hey Canada! Please send over any intriguing and fresh shows you may have. Trickster does the trick for now. The CBC mini-series (based on the Eden Robinson books) centers on an Indigenous teenager and a whole lot of supernatural mystery that surrounds him. So you may sense the positivity I’m coming in with, but does the show translate to American audiences and does it hit on all the other aspects and elements of inevitable success? Find out below.

The hero of the story is an Indigenous teen named Jared (Joel Oulette). Jared isn’t your typical teenager. He struggles to keep his troubled parents afloat, by basically providing for them. He struggles in school, but seemingly accels at cooking up drugs in his wooden shed. That’s not all. Add a mysterious figure named Wade (Kalani Queypo) that enters his life randomly to stir things up.

Wade is filled with mystery and secrets, but secrets he’s ever so slightly revealing to Jared. Wade’s arrival inevitably leads to Jared witnessing numerous odd encounters, including that with talking raven, a doppelganger, and a mangled body. Poor Jared can’t catch a break.

The show is unlike many. Sure, it has a noticeable supernatural fantasy theme to it, but through the first two episodes (which were the only episodes available to critics) it feels like a dark coming-of-age drama. I liked that aspect. It felt more real and relatable that way. You get to understand the main characters quickly and see their numerous evident flaws.

The series was shot in Ontario, but takes place in the coastal British Columbia. The landscape looks gorgeous, but the rural rundown village the story takes place in is anything but that. Nice contrast that reflects on Jared’s life. Bleak and murky on the inside, but seemingly unattainable hope and brightness on the outside.

I really enjoyed this cast. You just don’t get to see Indigenous faces often enough on television. This show does a fantastic job of constructing a predominant cast of Indigenous people.

Oulette is the star of the show, but he certainly displays the charm and charisma to make him a Hollywood star. I completely believed in his acting. He plays a meddling, frustrated and curious teenager as good as possible. He has a great look. A combination of polish of a pro with the relatability and authenticity of a regular Joe. He’s an impressive young actor. Certainly this is just the beginning of his inevitable run of success.

The other crucial character is Wade. He is the one that seems to carry all the secrets and answers to this “Trickster” story. I enjoyed Kalani Queypo’s work in this show. He’s kind of a badass playing Wade. Leather jacket wearin’ and motorcycle ridin’ with a smirk and that deceptive and creepy look he gives-off with his eyes.

I was really intrigued by the first two episodes of the show. There are six total that are slated to air. It was just tapping into the mystery and mythology in the second episode, so looking forward to more of that. In a way I wouldn’t mind this show to just be a dramatic thriller, without the supernatural, I feel it would have enough to stand on its feet without the monsters and spirits.

Based on two episodes not sure where it will all lead to for Jared and his supernatural truths. It does need to get ramped up fairly quickly though, four episodes to fit it all in and wrap it up. Hopefully it all gets put together correctly without rushing. That is just speculation on my end though.

Trickster is very good. I appreciated the freshness that it brings. A mythology from the perspective on Indigenous people is an appealing watch, both visually and story wise. I see a lot of potential from these Canadian actors.

On the surface it might not look like a typical CW show, but it’s something new, plus the supernatural aspect does fit the genre and YA demographic. I like fresh perspectives and Trickster is certainly that. Aside from the controversy with the director and co-creator of the series Michelle Latimer, this show has a lot of going for it. Don’t be tricked or fooled on what you might hear, Trickster delivers on many fronts.