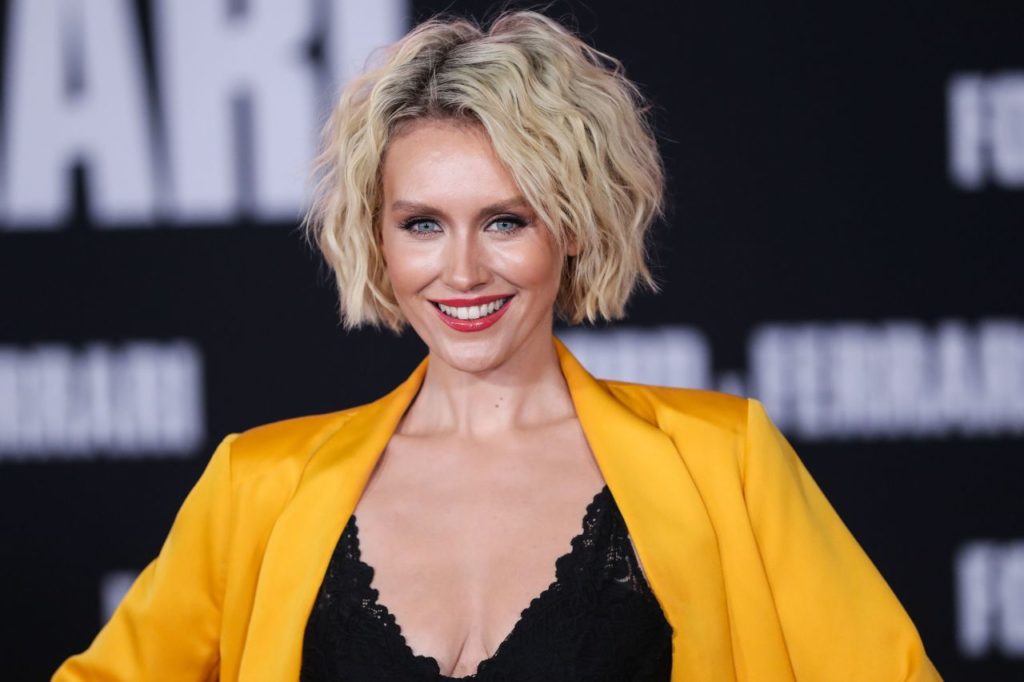 Nicky Whelan is one-of-a-kind! If you haven’t been paying attention, the Australian born actress has been making waves in movies and television for over a decade. Having starred opposite some of the biggest movie stars, such as Nicolas Cage, Bruce Willis and Owen Wilson. Nicky has carved out a heck of a career for herself in Hollywood.

Currently Nicky will make your heart smile when she stars alongside Jason Priestley and Melissa Joan Hart in the new Lifetime Christmas movie, Dear Christmas.

I had the pleasure to speak to Nicky about her career, working on Dear Christmas, and Australians. Plus, a lot more. Check it all out below.

I adore Nicky. She’s such a sweet person. I remember the first time seeing her in Hall Pass and immediately I was smitten and was googling who she was! Haha. She’s absolutely stunning. Even more in person. If you can imagine that. Very stylish. She’s just such a talented actor and interesting individual. Very easy to talk to and engage with. She’s just very real and authentic, which is a quality I admire in anyone. Humble. I just can’t say enough good things about her. She’s amazing.

Nicky was so gracious with her time talking to me. I really appreciated how I could talk to her about anything and how easy to conversation was. We spoke about real-life issues, such as the ongoing pandemic. Nicky had some great points and advice, just a great perspective on how to cope with it and stay strong. I thought the things she said were pretty inspiring and valuable. I like how self-aware she is about the world around her.

I really like how Nicky has a strong family foundation. How close she is with her family in Australia. She sets a good example for all of us to appreciate our families and not taking them for granted. I feel sad she isn’t able to see them this holiday due to the pandemic.

Another great thing I learned about was Nicky’s involvement with memories.net. I highly encourage everyone to check this wonderful digital platform. It’s basically a digital album that you can store some of your most prized pictures. It’s a genius platform.

So I’ve been fascinated with Australians for a while. I mean how are those people so beautiful? Nicky helped me get an idea about Aussies and the culture and some insight why they are such a fascinating group of people. They are clearly making a huge mark on Hollywood also. Some of the biggest name in the industry are Aussies, so they are making it happen and making their nation proud.

Nicky stars in the Lifetime Christmas movie Dear Christmas. It was so cool hearing her talk about working alongside her childhood idol, Jason Priestley of Beverly Hills 90210 fame. It’s fun to see your favorite actors geek out over working with other actors who inspired them and they grew up watching. I love knowing that accomplished performers are still fans.

I can go on and on talking about Nicky. It was an absolute pleasure to talk to her. She’s fantastic. Make sure to check her out in Dear Christmas on Lifetime and on Hulu in the film The Binge, alongside Vince Vaughn.

‘THE BINGE’ is out now on Hulu

Previous post ‘Shameless’ Star Laura Wiggins: On Her Time on ‘Shameless’, Keeping In Touch with the Cast & Working on ‘Stand!’

Next post Actress Ema Horvath: On Being Part of the New ‘The Lord of the Rings’ Series and Working with Mena Suvari