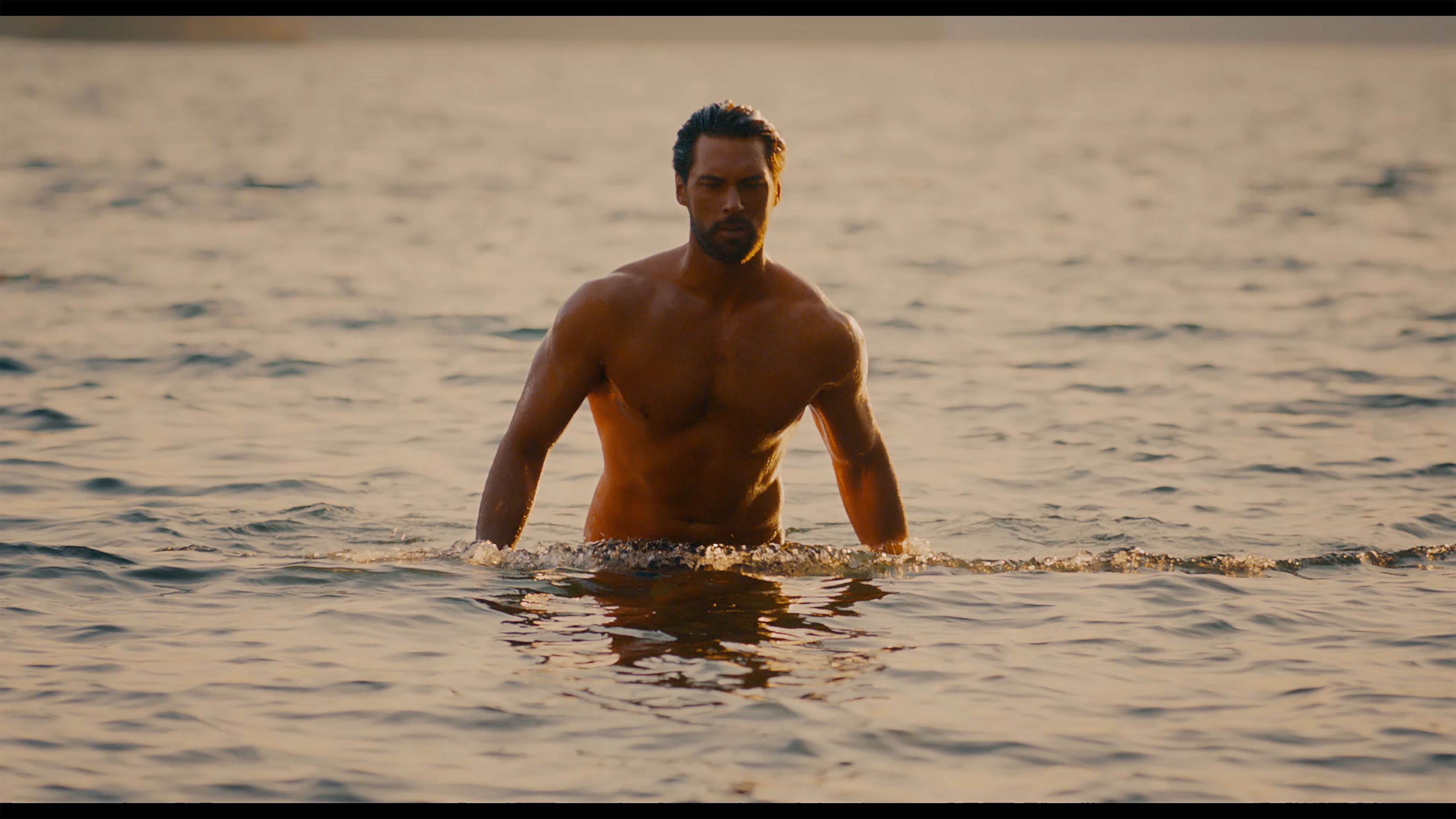 What’s not to say about actor Trey Tucker. He is charming on-screen. Shows range in his characters, and looks like a male model. Basically, he has the “it” factor. This is one quickly rising actor. Tucker played the role of Harrison Lane in The Space Between Us and CPT Stoney Portis in this year’s underrated war drama The Outpost. He currently stars in the sci-fi thriller What Lies Below.

I had a chance to speak to Trey about working on What Lies Below and playing a mysterious “evil” character. He also spoke about his work on the upcoming wrestling themed Starz series, Heels. Also, he spoke about being an uncle and how much he loves it.

This was my first interaction with Trey. I liked that he had a sarcastic side and wasn’t afraid to show it. He seemed like a very chill dude. He did good work with his character in What Lies Below. He was both charming and creepy in the role, very fitting for what the character was and ended up becoming. He provided a nice breakdown of his approach to the character, seemed like he really provided depth to it.

I was very interested about finding out more about the upcoming Starz show Heels that he’s part of. Obviously he couldn’t reveal much about it, but he did reveal that he will be wrestling in it and it’s not as much about wrestling as it is about the characters and their relationships. The show’s lead is Stephen Amell (a noted wrestling fanatic). Trey didn’t reveal how big is his role and if he’s going to be a recurring character. Guess we will find out when the show comes out. I’m looking forward to it.

So I got something wrong, I’ll be the first to admit it. Following Trey on Instagram I thought that he was a new dad. He has a bunch of pictures with an adorable baby. Apparently, the baby is NOT his, he’s the uncle actually. Glad he corrected me on that. I swear it seemed as if he was the dad the way he proudly posts pics with the child. Award this man with the “uncle-of-the-year” award! That’s one lucky child, to have an uncle that’s as proud as Trey seems to be of it. Cool stuff.

What Lies Below really surprised me. It was a very mysterious and intriguing film. I thought the characters were interesting with fine acting from Trey, Ema Horvath and Mena Suvari. I also really liked the ending of the film. I recommend it.

‘WHAT LIES BELOW’ releases On Demand and Digital on December 4

2 thoughts on “Trey Tucker: On His Role in ‘What Lies Below’ and Working on the Starz Wrestling Themed Show ‘Heels’”

Previous post Warner Bros. Just Changed the Movie Industry, But Is it Good For You The Consumer?

Next post ‘Shameless’ Star Laura Wiggins: On Her Time on ‘Shameless’, Keeping In Touch with the Cast & Working on ‘Stand!’