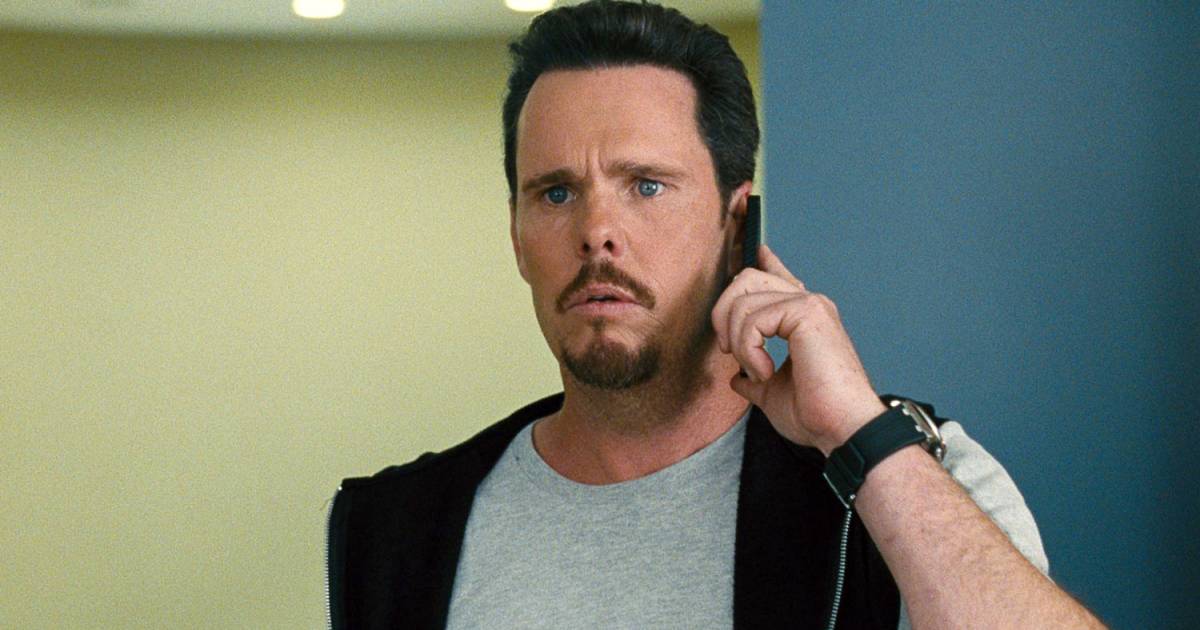 I love me some Johnny Drama! Kevin Dillon was the scene thief in Entourage. Awesome actor. If you don’t believe me, check out his early work in films such as Platoon and The Doors. Well he’s back making you laugh, not as Drama (we will get to that later), but rather the outlandish Doc in Josh Duhamel’s (yes, the actor) Buddy Games.

I had a chance to speak to Kevin about working on Buddy Games along with many great comedians, Duhamel’s pitch to get him into the movie, plus the question everyone wants to know, will there be an Entourage reboot and comeback? He answers those questions and more.

Kev was great. He wasn’t as animated as I imagined him to be, much more composed and also professional. Guess you can’t expect the man to be his character in person, but that’s the impact of Johnny Drama, you think of Kevin and you immediately imagine Johnny Drama.

First of all, awesome painting behind him. Great piece. Looks like Kevin had a blast filming Buddy Games. I was slightly surprised there wasn’t a competition on set or even off-set among the cast. For some reason I’d imagine them to be competitive, but maybe it’s just the movie rubbing off on me.

The big question was Entourage. Everyone wants to know if there is any chance of a comeback. I was super pleased to hear Kevin say they are working on it. Similar to what Jeremy Piven told me. I’d love to see it. Initially I was thinking it be a movie, but Kevin is pushing for a season of the show. Love it.

Make sure to check out the “Vertical” podcast with Kevin, Doug Ellin and the other Kevin (Connolly). It’s a must listen for any Entourage fan, but really for anyone. Those guys are great.

‘BUDDY GAMES’ out On Demand, Digital and DVD on November 24th

Next post Josh Duhamel and Dan Bakkedahl: On ‘Buddy Games’, Working Together & What’s Josh Like as a Director