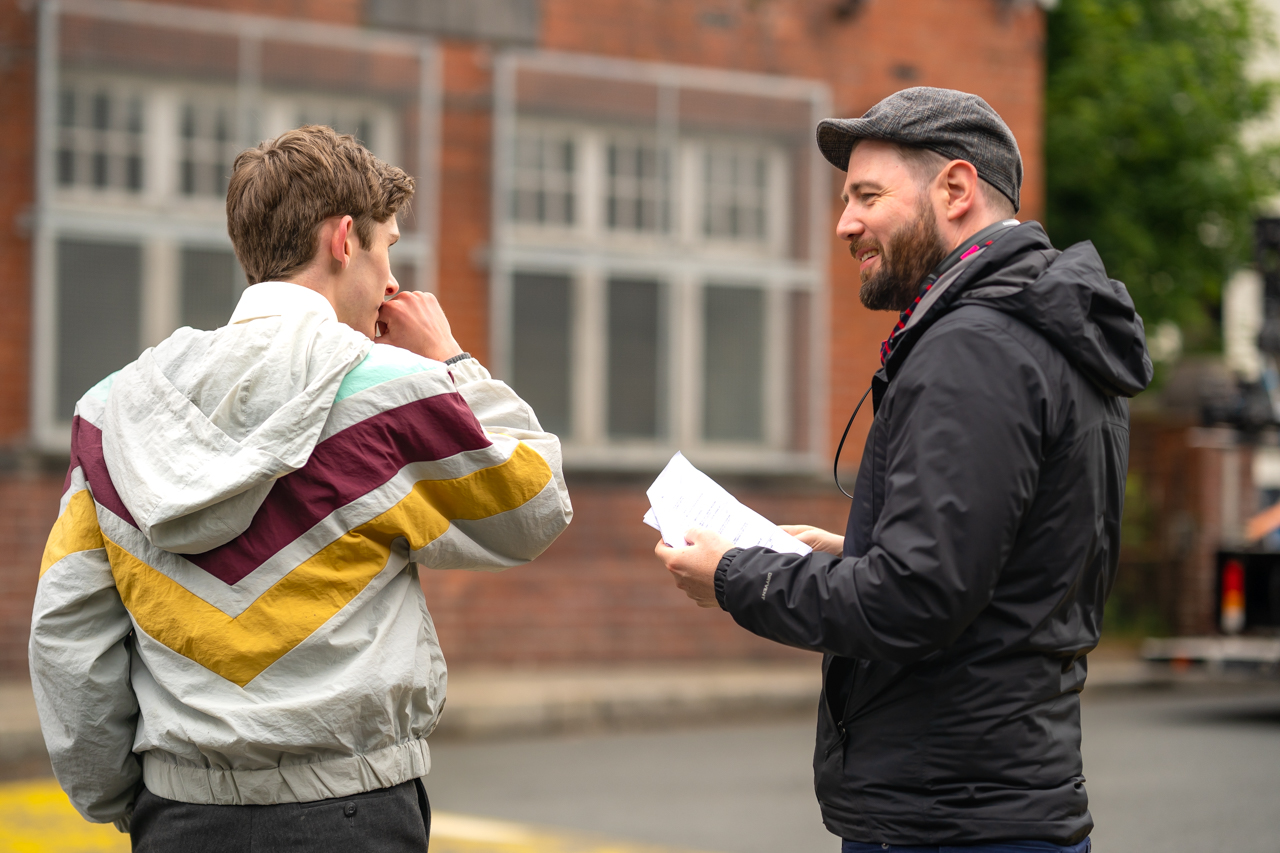 Dating Amber is one of my favorite films of the year. A real indie gem. The man behind this Irish coming of age story is filmmaker David Freyne. The movie centers on two teens that are coming to terms with their sexuality with the support of each other.

I spoke to David about the film. He discussed how the story felt personal to him. We discussed the shooting location in Ireland. The LGBTQ aspect of the film’s story. His lead actors and much more.

David was great. I enjoyed talking to him. He shared a lot about the film. I wasn’t aware that Fionn O’Shea’s character Eddie was inspired on his many of his own experiences. Many of those landmarks showcased in the film are familiar locations that David has grown up around and is familiar with. The movie captures some gorgeous scenery of the green Irish countryside.

It was fun seeing David’s dog jump in on the action. Always love moments like that. Bring on the pets!

The soundtrack in this film is outstanding. David broke it all down on how he approached that aspect of the film and how it played into the story. It’s cool to hear that he actually listens to it all the time. I’m talking quality music here from Brenda Lee and U2. I found it so cool that he wrote personal letters for music approval.

It’s pretty apparent when you watch the film that the casting of the leads had to be a home run, and it was. David spoke about the process and bringing actors together for test reads and changing combinations until it came to Lola Petticrew and Fionn O’Shea and he described them as “lightning in a bottle”. Looks like he need right away. After seeing the film it’s hard to imagine any other actors playing the roles of Amber and Eddie.

Great stuff from David. Learned a lot about the movie and his process. As I said at the top, I loved this film and can’t stress how highly I recommend it. It’s a genuine coming-of-age movie. Great characters. Fantastic actors. Awesome score. Splendid cinematography. Most importanly an important LGBTQ themed movie with a great message and lots of fun along the way.

One thought on “Conversation with ‘Dating Amber’ Director David Freyne: On the Making of the Film and the LGBTQ Connection to the Story”