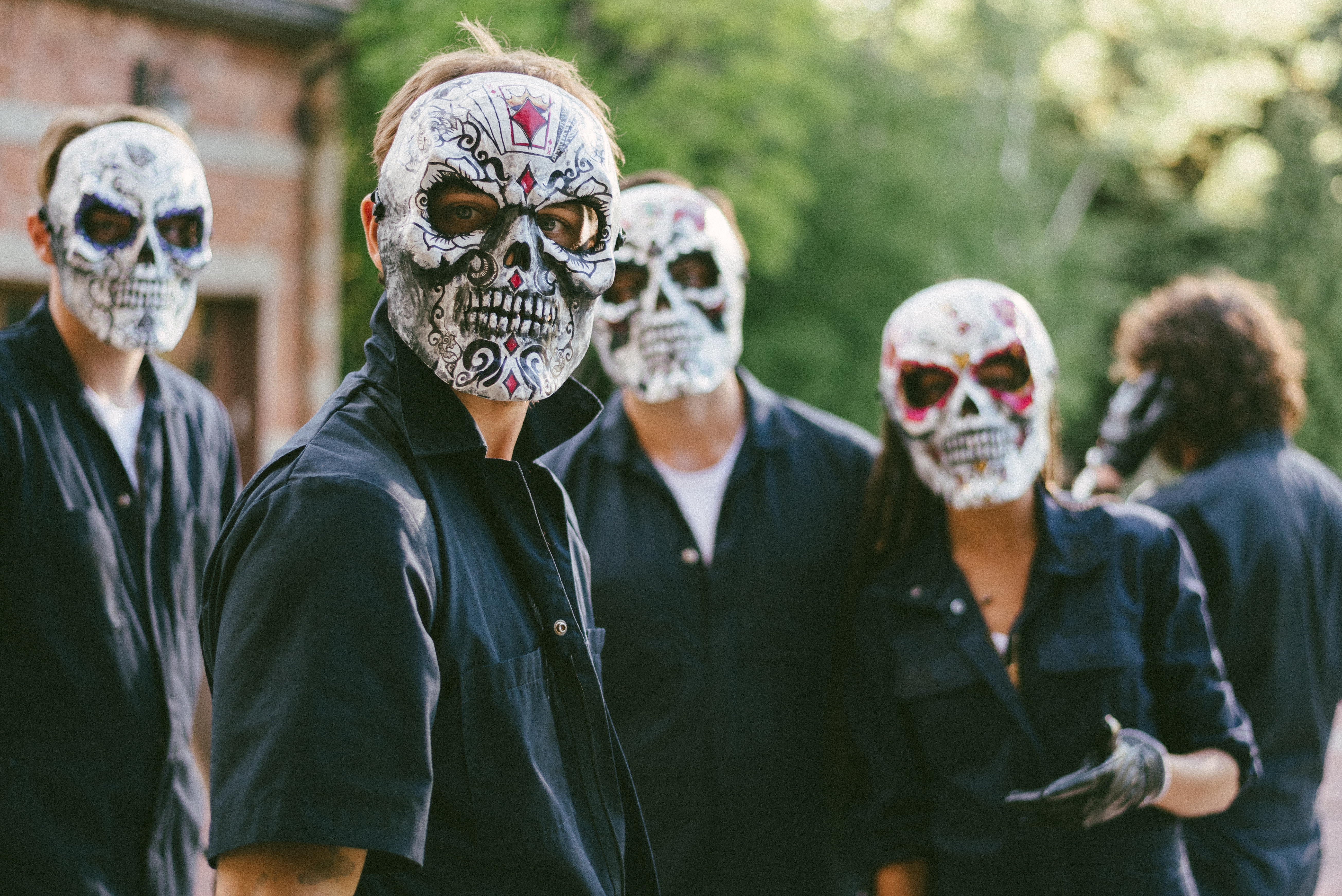 I’ve been on a personal hot streak of seeing good films lately, Echo Boomers won me over immediately. This encapsulating crime thriller, set at the backdrop of Chicago, stars Patrick Schwarzenegger, Alex Pettyfer and Michael Shannon, so hard not to like it.

I had an opportunity to speak to the man behind the film, Columbia College (in Chicago) grad and Chicago local, writer and director Seth Savoy. Seth and I discussed the making of the film, his college years as film student, his phenomenal cast, the story behind the film and much more.

Seth is awesome. Such a cool guy. Very good personality and had this great vibrance to him. The man has swag with all those shirt buttons unbuttoned haha. Even though he’s from the south originally, Seth certainly seems like a bonafide Chicagoan. He has that Chicago pride that all of us Chicagoans naturally have.

The movie served as a homage to the city, but it was based on true events of robberies that took place in the Chicagoland area. A story that I wasn’t even aware of. It seemed like it took a while to get the movie off the ground. I was surprised to hear it took Seth three years to cast. Certainly worthwhile considering he ended up with a star studded cast with the likes of Michael Shannon and rising star Patrick Schwarzenegger.

Patrick was great in the lead role. Seth even mentioned that he was hesitant that Patrick would take a chance on the film, but certainly you can see why he did once you watch the film.

The film shot in Utah mainly and there was a fantastic mansion that was on display in the movie, Seth shared his reasoning for it and how it came about. Great mansion selection for the film.

I really enjoyed Echo Boomers, it’s a heck of a ride throughout. Suspenseful and thrilling with quality acting. I definitely recommend it.

‘ECHO BOOMERS’ in Theaters,On Demand and Digital on November 13, 2020

Previous post Conversation with ‘Dating Amber’ Director David Freyne: On the Making of the Film and the LGBTQ Connection to the Story

Next post Conversation with Actress Lola Petticrew: On How Her ‘Dating Amber’ Character Helped Her With Her Sexual Orientation