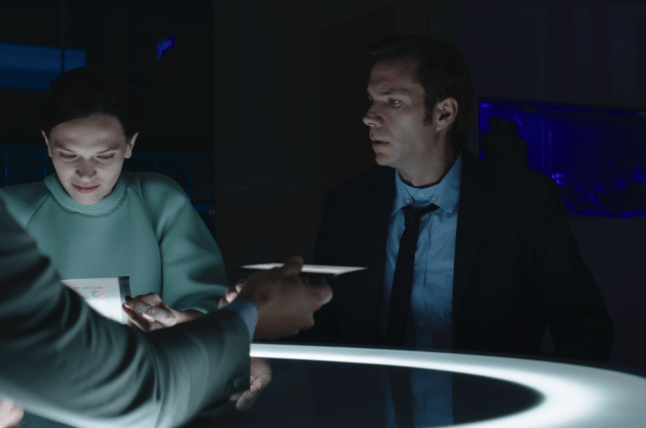 If you feel like we might seem like we are living in some cinematic futuristic dystopia currently, you wouldn’t be entirely wrong. Just take a look at Guy Moshe’s latest film LX 2048. Set in a world where humans are stuck inside and living in virtual worlds due to the toxicity on the outside. Sounds somewhat familiar eh?

LX 2048 boasts a fantastic cast leading with James D’Arcy (Dunkirk, Avengers: Endgame). I had a chance to speak to the creator of the film Guy Moshe and James D’Arcy. The guys spoke about working on the film. How the movie foreshadowed our current situation in some ways. James spoke about his future involvement with Marvel. Check out the interview below.

I found James and Guy to be very cool and nice guys. They both were very personable and engaging. Very down-to-earth. I appreciated that about them. James is a super accomplished actor that I’ve been a fan of for a while. It was cool connecting with the “human” Jarvis! Ha

Guy is a very creative individual. He clearly is very imaginative, but also is able to visually present his ideas. It was interesting to hear them both speak about independent film and how it’s about the story, script and characters, especially in James’ case. That’s what he said he’s drawn to. Guy spoke about not worrying about budgets and just focusing on the story and creating his vision.

Had to ask James about a potential return to the Marvel Universe. Having played the non-voice version of Jarvis, he last appeared in Endgame. James said he isn’t sure and would love to work on Marvel projects. I definitely believe him on that. I hope to see him again as Jarvis or even in another role. There is a lot yet that’s left to explore with Jarvis.

LX 2048 is an intriguing movie. Very interesting concept. If you’re a fan of sci-fi, this is definitely worth a watch.

‘LX 2048‘ will be available in Virtual Cinemas and to rent or own September 25th on Amazon, iTunes, Comcast, Spectrum, Dish, DirecTV, Vudu and more in the US and Canada