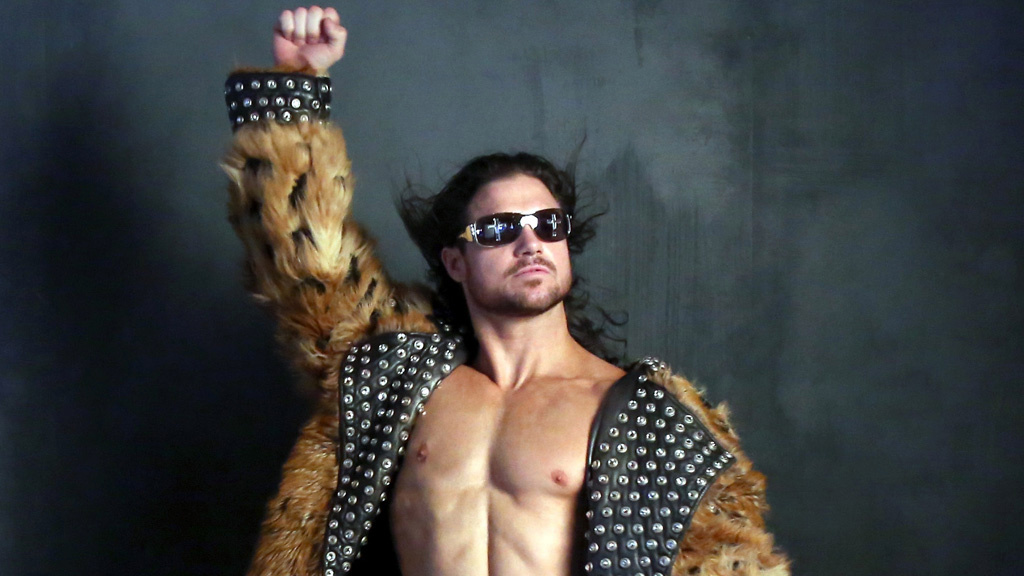 For wrestling fans such as myself, John Hennigan has been must-see TV for years. One of WWE’s most exciting performers. Currently Hennigan aka “John Morrison” can be seen on WWE’s Friday Night Smackdown. He when he’s not entertaining in the ring, he’s starring in movies. His latest is a short film called The Speed of Time.

I had the pleasure to speak to John about his latest film, which also stars his buddy and fellow WWE wrestler Nic Nemeth aka Dolph Ziggler to most. John also spoke about his WWE hiatus. Wrestling in front of no fans during the pandemic. Was he close to signing with All Elite Wrestling (AEW)? How does he feel about potentially never becoming WWE champ? Find out below.

John was a blast. It’s my second time speaking to him. What I learned from my conversations with him is that he’s a pretty deep thinker. I find him to be pretty thought provoking individual. I always appreciate his honesty and candidness. I never felt that any question was off-limits with him.

As you can tell, John is a natural entertainer. He’s got great energy and passion about his projects and work. I thought it was very interesting hearing him talk about being interested in creating memorable moments more than winning a major championship. He seems certainly content and comfortable where he is in his career and what he’s accomplished. He’s been a champion of a promotion multiple times. His run in Impact wrestling was very successful, prior to joining WWE.

John spoke about his hiatus from WWE, during which he starred in movies and even was cast on Survivor. He spoke about the new focus and being rejuvenated mentally and physically now in his second run with WWE, more than in his first tenure. I’ve followed his wrestling career and certainly he hasn’t missed a beat in the ring and is just that much more of a complete wrestler and performer.

He spoke about being good friends with Ziggler (who appears in The Speed of Time) and how they spoke about working together on other films. I’d certainly like to see that. Both are super talented and entertaining people.

I asked him about AEW and if he considered joining them. John answered the question, but sidestepped a bit, which I totally understand. From the sound of it WWE is where he wanted to be at. He did praise AEW, Impact and the other indie promotions. I thought that was cool of him.

It was interesting to hear him talk about working in an empty arena with no fans during the pandemic. He did make a point how it brings the best out of him and the wrestlers to have to work harder with no fans. The bumps also hurt more without the adrenaline from the fans. Interesting perspective from John on that.

John is a straight shooter and I appreciate that about him. He’s a great interview. You could tell he had a lot of fun filming The Speed of Time. He was able to have fun on-screen and show a goofy side of him. Ziggler makes a cameo, which was a fun moment for the wrestling fan in me. I’m excited to see him in upcoming projects and of course in the ring. I do hope he does get the taste of being WWE or Universal champion. He earned it.

His wife is Impact wrestler Taya Valkyrie. A star in her own right. I wasn’t aware that Taya had a clothing line called Loca. I checked out the online store, she has some pretty cool attire for both women and men. The prices are very fair also. I’d recommend checking it out.