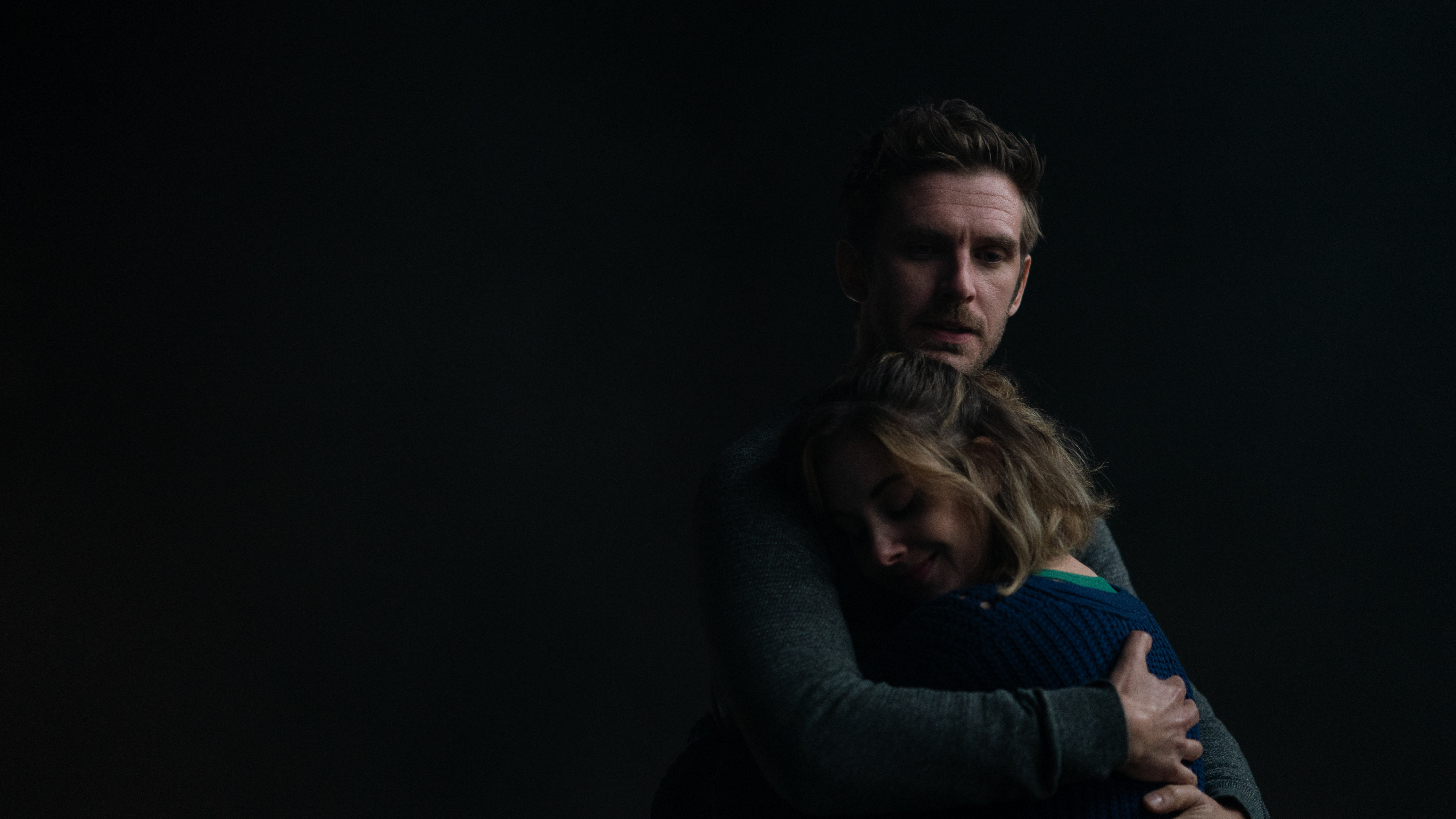 Director Dave Franco? As in baby Franco? James’ younger brother can now add “director” to his resume. In his debut feature, The Rental, Franco delivers an intriguing thriller, but does the rest of the movie work? Well, let’s take a look at what The Rental has to offer as a whole.

On the surface the story is basic. Two couples head on a weekend getaway and rent a vacation home. That sounds pretty appealing during these times. What isn’t appealing is how their seemingly relaxing getaway begins to get away from them. Inner turmoil and chaos begins to ensue and the couples individually begin to unravel.

There are four main characters in the story. Here is a quick breakdown; Charlie (Dan Stevens), Michelle (Alison Brie), Mina (Sheila Vand) and Josh (Jeremy Allen White). So Charlie is dating Michelle, Josh is dating Mina. Charlie is the older brother of Josh. Charlie is Mina’s co-worker. Got it? It’s not that confusing, right?

A drunken night of drugs and alcohol leads to some unfortunate choices for our friends. Those choices lead to ever bigger repercussions that they are not ready to face. Lets just say that Charlie and Mina make a bad decision together and that begins the spiral of events that leave them with blood on their hands. I’ll leave you with my cryptic analysis in favor of not spoiling anything. Trust that things get crazy real quick.

I actually expected Franco to play some sort of role in the film, but he didn’t. I give him credit for staying behind the scenes and letting the talented actors that he contributed casting (including his wife, Brie) do the work on-screen. It shows a level of humility on Franco’s part.

This is a fairly simply shot film. Not many distractions. No fancy CGI. It’s just an old fashioned horror thriller with a noted homage to the Hitchcock classics. Actually, dare I call it Hitchcock-lite. That’s NOT a negative, it’s a compliment. Hitchcock might have been proud of Franco’s work. The reason I liken it to a Hitchcock film is due to the look, feel and style. Not to mention also the pacing.

Franco and co-writer Joe Swanberg do a fantastic job of presenting a disturbing calm. As things in the plot begin to unravel there is still this stillness that awkwardly feels normal in the face of panic. I would highlight the word panic with the arch of this story, as it seems to represent a theme.

There is this constant sense of tension that doesn’t let up. At times I didn’t even realize the tension doesn’t let up, that mainly can be attributed to the actors performances and eerily soothing quiet of the setting that’s on display. Franco and Swanberg set-up a visually compelling spot that’s set against the darkness of night that would naturally convey a scary, yet noticeable isolation.

The house itself plays a part in the make-believe that the characters are living these moments in. The house is a classic middle-of-the woods spacious home. Large decks, a hot tube filled with trouble, vastly never-ending rooms and hallways. It’s so much empty space that it makes you feel uneasy to be inside with so few amount of people.

I loved the touch Franco and Swanberg added by including a trail of fog that seems to follow the characters whenever they are out of the house. It made me imagine that the fog leads to something bad if they were to follow it into the woods. Maybe it’s also the thought of the horror movie The Fog that’s creeping into my mind? Who knows, but it works!

I was surprised how much of an old-school feel this film had. Just shows you that you don’t need a ton of blood, guts and effects to tell a compelling story that elicits some real goosebumps, which this movie certainly does. The picture appears to have been shot with darker tones. Probably the camera lens filters/gels were specifically used to give it a more classic darker slightly dull and opaque horror look. Great choice.

From a writing aspect, I felt they did a really nice job setting up the backstory of the characters throughout the movie. As more begins to be revealed about each of them and their relationships, the more you learn about them. When initially introduced, they are a fairly mysterious bunch.

One plot glitch for me was when Reggie the dog goes missing. They look for him until another pressing situation comes up that they get entangled with and seem to forget about looking for poor Reggie! Ahh, why do they always have to pull on your heartstrings in movies and make the pet disappear or even worse, die?! We don’t need that emotional hardship watching a movie. Just comes to show you how dear animals are to many people, including myself.

The “villain” appears to be the renter, named Taylor (Toby Huss). Taylor is a racist hillbilly that isn’t as intimidating as he is repulsive by the way he carries himself. I didn’t find him to be scary, or much of a threat as he is set up to be. In a group of four people and two grown-ass men among them, Taylor doesn’t scare anyone, aside from being an offensive creep.

Kudos to the casting on this one. Stevens, Brie, Vand and White form a believable group that you can relate to. They are young adults lugging some of their hidden baggage together in hopes of a fun, no stress vacation. Stevens and Brie are the marquee names, but Vand and White are treated generously with their respective screen time.

Stevens is a major star. Even if he isn’t publicly hailed as one yet. He always seems to bring these personable relatable characters to his roles. No different here. He’s a flawed guy, but likable, even if he has some potentially douchey qualities to him. He’s still the right guy for the role of Charlie and I’m glad Franco stepped aside for it (if he even ever intended to play the role).

Brie is an easy home run casting here. That’s not only for being Franco’s spouse, but for the level of quality she brings to her roles. She’s likable on-screen and she has a little bit of edge to her in the role of Michelle. I enjoyed it.

Vand, I wasn’t familiar with much prior to the film, but I liked what she had to offer. She had layers to her character. She was seemingly timid and quiet, but also showcased some emotional bursts, due to her characters perceived inner hurt.

Speaking of explosive scenes, White had the majority of them. He plays a rather nice guy that tries to be a good boyfriend, but man, when things begin to unravel he goes through the grinder. Real solid work from him.

It’s a easy YES for me. It’s one of the better tension packed thrillers I’ve seen in recent memory. The tension is often times subtle and subconscious, which makes it ever more enthralling. Some scenes get pretty intense also. What I liked about this film the most is that it’s presented in a simple manner and the plot and actors actually get to tell the story. It’s certainly a proper homage to Hitchcock.

Who knew Dave Franco had these directing and writing chops? I’m certainly impressed and surprised. Especially for this being his first feature. Franco deserves to get the rightful praise, but don’t forget about Swanberg. A very talented and underrated writer and actor in his own right, who certainly must have had a lot to contribute to this film.

If you’re feeling like checking out something new and fresh and with a classic taste, The Rental is the right choice. Fine acting, superb storytelling, genuine suspense and legitimate chills. What more can you ask for in a film of this nature?

Simply put, The Rental is the rental to make.

RELEASE DATE: July 24, 2020 in select Drive-Ins, Theaters and On Demand

‘THE RENTAL’ releases in select Drive-Ins, Theaters and On Demand on July 24, 2020

Previous post Conversation With Filmmaker Kevin Macdonald on a YouTube Doc That You Can Be Part Of!

Next post Conversation with Tuppence Middleton: Her Thoughts on the Difference Between English and American Cinema