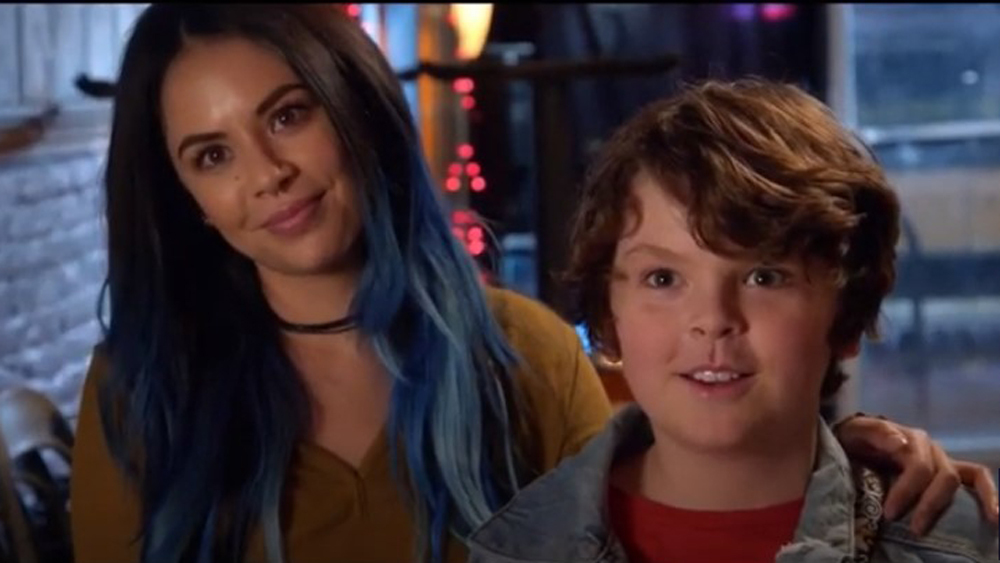 When I first heard of Mighty Oak, I figured it was a kids movie about a tree. That it was not. Mighty Oak is a story of friendship, inspiration and overcoming personal obstacles. I spoke to the leads of the film, Janel Parrish (Pretty Little Liars) and Tommy Ragen.

This is a fun conversation with Janel and Tommy about the film and their experiences, friendship they developed on-set and more. Plus, a special performance from Tommy!

I was really surprised to find out from Tommy right before our interview that he actually is a musician, played guitar and wrote the music for the movie. His room was full of guitars, it was pretty cool to see.

Janel introduced us to her adorable pup before we started recording. That was sweet. Janel and Tommy had such a wonderful connection. It was as if she was legitimately his big sister. Very much resembling their relationship in the movie.

I was surprised to learn how much of what was seen in the movie, in terms of Tommy’s musical talents and the relationships the cast had, was true to life. I found Tommy to be such a sweet boy, that’s uber talented. Hard to imagine he’s only 12!

Janel was great. Very personable and kind. For someone as accomplished as she is, I found her to be humble and relatable. I can only imagine that fun environment it must have been on set with these individuals.

Tommy and Janel were very gracious with their time and I appreciated that. Tommy was so cool that he played a song from the film, with no prep, live during the Zoom call. Such a talent. Probably the best way I ever had an interview come to an end.

Mighty Oak was a movie I was initially skeptical about. Didn’t know what it was about. Sure, there are some corny and head scratching moments in the movie, but it was far more enjoyable than I could have imagined. It dealt with some real life issues and it was easy to root for the characters. Tommy was terrific in his performances on-screen. I’d certainly recommend seeing the film. Paramount selected it as a movie they chose to release at this time, which is a big deal.

“MIGHTY OAK” is out June 5th in select Theaters and Drive-Ins nationwide!

Next post Gordon Ramsay: Uncharted Executive Producer Jon Kroll on the Production of the Show